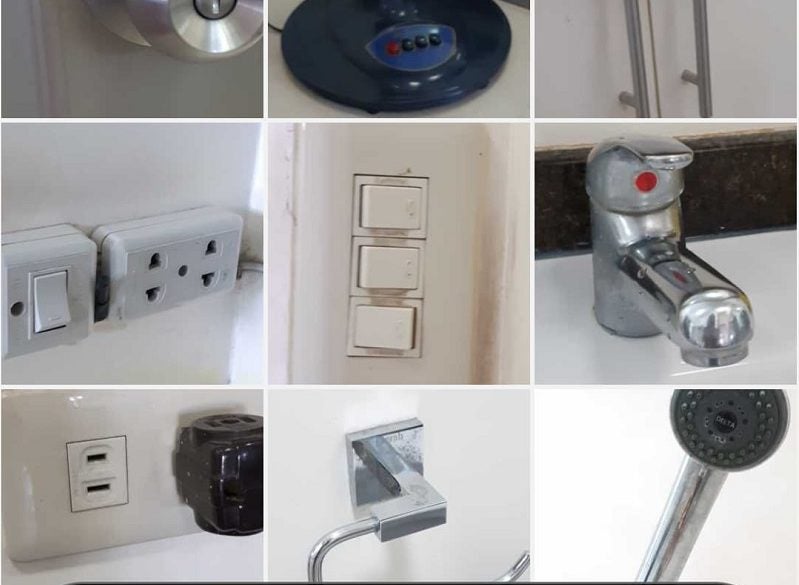 Disinfect everything your PUI has touched, from doorknobs to light switches.

What I did the day the hubby turned into a PUI

In accordance with patient confidentiality protocols, the author opts not to disclose her identity.

Our dear friend, who was asymptomatic but had been exposed to a COVID-19-positive colleague, sent an urgent message. He himself had just begun exhibiting two symptoms of the virus but had not yet tested positive.

This piece of news quickly transformed my husband into a person under investigation (PUI), since the hubby had sat and eaten beside this friend 14 days and an additional 10 hours ago.

The other night, we celebrated that our friend had not shown symptoms during the critical 14-day mark, only for us to be worried again 10 hours later. Does a virus really respect the critical time lines men have imposed on an infectious disease? The spouse conferred with the doctor who came up with this verdict: Treat yourself like a PUI for another 14 days just to be safe.

COVID-19’s accompanying flood of social media posts has drilled into me that a person turns from an asymptomatic person under monitoring (PUM) into a PUI when he begins showing symptoms, or has had close contact with someone who has tested positive for COVID-19. The hubby was in a gray area given those definitions, but the better-safe-than-sorry stance seemed the wisest.

Let me tell you from the onset that I deeply love my husband of over 30 years, and will most likely continue to do so for the rest of my life. But when he was instructed to treat himself like a PUI, my analytical left brain kicked in and sought to put him in isolation, while efficiently disinfecting our master bedroom, bathroom and everywhere else in the house he had been.

This article may seem to be taking COVID-19 lightly, but trying to keep it at bay is truly something else.

Here are tips from one trying to tame the COVID-19 beast.

1. What do you disinfect? After packing enough clothes and toiletries for the hubby for a few days, he dutifully marched into the isolation room so disinfection could begin. I had decided to begin from the windows of the master bedroom, moving toward the right toward the opposite bathroom wall.

The first window screen door alone had me stumped. Do I attempt to clean the whole aluminum frame knowing there were over 70 such frames all over the house, according to the repairman who had counted them so he could charge us P80 per frame to rescreen? I would finish my hoard of disinfectants if I did.

Then there were all the piles of paper on his table, not to mention the TV console, night table, all the other surfaces he had touched. And this was just the bedroom.

To be left untouched

Aha! Just work on what you think he has touched, prioritizing metal surfaces where the virus survives reportedly up to five days, according to reports. All the other papers could go into a box to be left untouched for at least after a couple of days, when the viruses on them would have died.

2. How do you disinfect? I thank my lucky stars that among my list of essentials to buy before lockdown were plastic spray bottles readily available in the public market. I filled them with a solution of ¼ cup bleach to 1 gallon of water. Alcohol, if available, is kinder, especially to wooden furniture and fabric.Out of my linen closet came festive paper napkins, the kind friends like to give for Christmas. That was what I had on hand. But folded paper napkins or toilet paper will do. The principle is to fold a paper napkin in half, once, then a second time into half again, a third time into half, and finally a fourth time into half. Unfolded, the paper napkin would then be divided by its creases into 16 squares—32, if you count the flip side.

The idea is to use each of those squares to wipe down a limited space, say one handle of a screen door or a few inches of a table’s surface. The sequence would then go: Spray into a square, wipe down, unfold napkin, spray into next square, wipe down, and so on. Then move to flip side of napkin and repeat process. The idea is to avoid spreading viruses around before you can kill them. It is a tedious process, with the bathroom alone entailing 30 minutes to disinfect. The tediousness of disinfection also naturally leads to the next step.

3. Make agreements with your housemates, before there is a need to isolate and disinfect one of you. Consider all the things you touch in a day upon waking: bathroom door, faucet handle, possibly the towel rack, bathroom counter, toilet flusher, shower door and so on. In addition to the bathroom, there is the dining area, the kitchen, the common areas. It truly takes a village to quarantine a person and render COVID-19-free all he has touched. You need to divide those spaces among you; the quicker, the better. As one’s COVID-19 phobia rises, the last thing you want is an argument about how and why something should be done.

Choose an isolation area beforehand. Preselect a room where the PUI will hole up, preferably well-ventilated and with its own bathroom. (If bathroom sharing cannot be avoided, the PUI uses it after everybody else does and ought to be cajoled—may not be possible if it is the head of the household—to wipe down after himself all he has touched.)

4. How do you feed the PUI? Definitely, not with you at the table. A BBC video on quarantine tips suggests that his food be delivered at his doorstep, where a chair or table is parked. The person delivering the meal tray puts it on the chair, knocks, then steps back at least six feet. Only then will the PUI open the door to get the tray.

His utensils, plate, glass, cup should be segregated and marked. You can put a dot of colored nail polish—preferably bright red for visibility—on his dishes. Nail polish will also adhere to stainless-steel utensils and can be removed with acetone after the emergency period. It is good practise to train the non-PUIs to check their eating implements before sitting down to a meal so they be spared the horror of seeing that bright red dot at the bottom of their glass after downing a drink. If the PUI has a bathroom to himself, it would also be good to have him wash his own dishes after meals, so include dishwashing liquid and sponge in the isolation room.

In the name of prudence, one of our housemates also thought of sterilizing all utensils used after each meal, in a pot of boiling water.

5. Setting delivery expectations. The PUI should definitely stay inside the isolation room 24/7. This makes him highly dependent on everyone else in the household for almost everything he needs. It is thus advisable to give the PUI a sense of what everyone else is doing—a household schedule for the next two to three hours to make things predictable and manageable for him.

Lacking that, the isolated PUI may try to call his spouse via cell phone to do a task for him. If she happens to be tediously washing her hands the 12-step way, she may next hear her son’s cell phone ringing. Should he be on his earphones watching a noisy war movie, the daughter’s cell phone may be ringing next. Isolation takes a toll on the PUI.

Contrast that scenario with that of a family mealtime that includes the PUI via a video call. When he wants another helping, he can see who has finished the meal and requests that person to bring him more rice.

The last thing you want for your PUI is for him to reenact that recurring scene from the movie “Parasite.” I refer to those parts when the character locked up in the basement would do food runs when everyone else would be asleep. Avoid turning your PUI into a PPUI—or a pathetic person under investigation. INQ