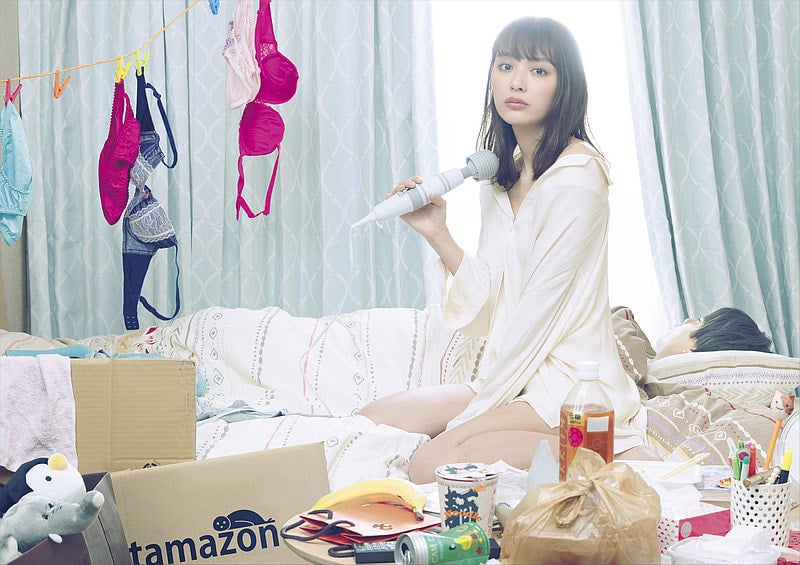 “I Will Do It in the Next Life”

Japanese dramas deal with themes that are often taboo in K-dramas. This is what makes them addicting.

J-dramas are unafraid to portray a woman whose hobby is to have sex with multiple partners, a boy and a girl who turn to each other for physical comfort because their real loves are in a relationship, and a weird guy who convinces an old flame to sleep next to him because he can’t “finish.”

Got your attention, yet?

It’s not all sex. There are also plenty of J-dramas that are pure, sweet, funny and romantic. One of the things that sets them apart from the Korean dramas is that the emotions of the characters are often subdued. After all, Japan invented the tsundere or someone who is often portrayed to be cold but actually has a warm side.

They can be exaggerated and theatrical, too, especially when the character is based on a manga. The actors try hard to replicate the emotions of the 2D characters. Japan makes excellent dramas based on manga.

If you watch K-dramas for the oppa, you will not be disappointed with the senpai. Some of them will likely have a Kamen Raider background in their filmography. But they are all eye candy.

J-dramas are often shorter. Sometimes a series will only have 6 to 10 episodes, each one lasting 30 to 45 minutes. They are unafraid to make the main characters end up with broken hearts.

Here are some of the recent J-dramas that we recommend.

Sakura became a nurse because she fell for Dr. Tendo five years ago. She applied for a job at the hospital he works in so she could be close to him. However, she finds out that her dream man is sweet only to his patients, but not to fumbling nurses like her. Most people started watching this drama because of the leading man, Takeru Satoh. The actor played Kenshin Himura in the samurai film “Rurouni Kenshin.” It’s hard to imagine the man who played the battousai in a romantic comedy, but here you’ll see him giving in to the persuasive and pure love of a girl.

Aya is known as the post-it girl or someone everybody pushes around. She goes on vacation with someone who turns out to be a douche. Then, she ends up accidentally sleeping with another man. That would have been that, except she gets pregnant and he needs an heir. This drama, which was originally a Taiwanese series, has several versions. There is a Thai and a Korean version with Jang Nara and Jang Hyuk. But the Japanese version with Takimoto Mioro and Kizu Takumi is refreshing because it let go of the over-the-top acting and side stories. This drama is available on VIU.

This is a story about a sought-after beautician (Akaso Eiji) who falls for a manga artist Ao (Baba Fumika) after giving her a makeover. Lots of women pursue him but he turns them down because he does not have time for them. What he loves about Ao is that she does not make demands because she’s too busy with her craft. You will love how the guy finds a way to make their relationship work.

Mugi (Sakurada Dori) and Hanabi (Yoshimoto Miyu) both agree to hook up if they get rejected by their true loves. That’s how their exclusively sexual relationship begins.

This coming-of-age series shows how mistakes are often made when we are young, leaving you with the rest of your life to learn from those mistakes and become a better person. There are plenty of steamy scenes in the series.

Kota (Sano Hayato) died when he was 17. His friend, Mei, (Iitoyo Marie) returns to their hometown seven years later only to find him alive and still 17.

This fantasy series explores the what-could-have beens, second chances and friendship. The cherry blossoms provide the beautiful background to a love story that will never be.

Yui (Matsui Airi) was mourning the death of her pet. In her drunken state, she kicks a man down after he told her that there is no medicine that could bring the dead back to life. He turns out to be Kyoichi (Hayami Mokomichi), the CEO of the pharmaceutical company she works in. Kyoichi offers to become her slave because he fell for her hard. This show satisfies the fetish of having a successful and handsome man as a personal slave. It’s so ridiculous and it’s a lot of fun.

Kaori (Triendl Reina) is having an affair with her boss. She doesn’t want to end it even when she knows it’s going nowhere. Enter Haruto (Sakurada Dori), a young and talented interior designer. He lures her into bed to break up their affair, even when he knows he can’t have a relationship with her.

Kaori is portrayed as someone seeking love in the wrong places. The tension between Kaori and Haruto is palpable. This series has R-18 scenes.

Aki (Morikawa Aoi) had a terrible first time with ex-boyfriend Tomoya (Nakao Masaki) in high school. She thought she’ll never see him again until she has to “sharehouse” with him and two other people. He convinces her to cuddle and sleep next to him because he can’t seem to get it up and “finish” with other women. It’s messy, exciting and there are so many times you’ll want to hit Aki and Tomoya on the head for being stupid. But this love square will keep you hooked until the end.

Momoe (Uchido Rio) is single, an artist in a computer graphics production company, and her hobby is to have sex. She has regular men she sleeps with.

It’s natural to be curious about this series. Why wouldn’t you be when the poster for this drama is a beautiful woman holding a sex toy? But it’s so much more than the sex. It’s about a woman who embraces her sexuality. Momoe normalizes for women what is already acceptable behavior for single men.

This is a favorite. It’s about a girl whose confession letter got proofread by the guy she gave it to. The embarrassment was enough to turn her off. She wanted to move on, but fate wouldn’t let her. She had to move in with the guy and his family and live with them.

If you want to test the waters with Japanese dramas, you can start with this one. Originally a manga, this series has several versions including Thai, Korean, Taiwanese and Chinese. It’s been made into movies and they are still making new versions of it. But this writer thinks that the Japanese version is the best one.

Naoki shows his interest in Kotoko early on. It does not mean he goes out of his way to express feelings though. He is the ultimate tsundere, after all. It stars Furukawa Yuki as Irie Naoki and Yahagi Honoka as Aihara Kotoko.