Iza Calzado on surviving COVID-19: ‘Your mindset is your No. 1 best friend’ | Lifestyle.INQ ❮ ❯ 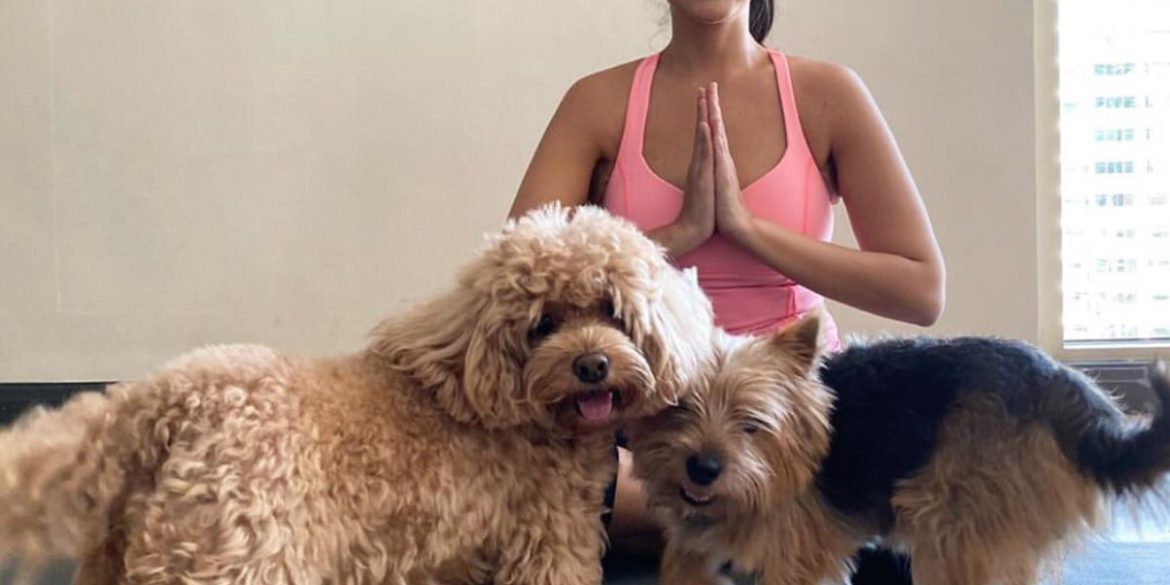 Calzado at home after discharge: “Doctors, nurses went beyond and above what they had to do.” —@MISSIZACALZADO

Iza Calzado on surviving COVID-19: ‘Your mindset is your No. 1 best friend’

“There was a moment in the hospital when I asked God, ‘Why me?,’ and immediately there was a voice in my head that said, ‘Why not?’ It had to happen to me.”

Iza Calzado, speaking in a web radio interview, seemed her old bright and bubbly self, joking around on Zoom with Richard Gomez, Martin Nievera and her manager Noel Ferrer.

But clearly, something fundamental had shifted. Surviving the new coronavirus disease (COVID-19) can do that.
“It wasn’t ‘Why not, you’re going to die’—hindi ganoon, e,” she continued.

“Parang it was telling me, ‘It had to be you.’ Maybe because I have a platform, I can articulate it. Maybe I was chosen because of all the struggles I’ve had in life and my optimism. I’m always trying to find hope in dark times. Perhaps it’s that.”

In the doom and gloom surrounding the pandemic, news of the actress’ recovery was an all-too-infrequent bright spot.

In any case, surviving the ordeal has convinced Calzado to use her celebrity platform to share the lessons she’s learned from surviving COVID-19, and to pitch in wherever she can in fighting the virus.

Calzado was discharged from the hospital March 31 after being given the all-clear by her doctors. On April 6, a second confirmatory test for the virus also came out negative, and Calzado announced that she had agreed to donate some of her blood to the Philippine General Hospital and Makati Medical Center, if that meant helping other patients recover.

(Convalescent plasma is thought by medical experts to contain antibodies that can help patients fight the corona virus. The treatment is still in the experimental stage.)

Calzado’s case was complicated by the fact that, on top of COVID-19, she also had pneumonia.

“They found a nasty bacteria in my lungs,” she said. “They don’t know if I had it before being admitted, or if I got it in the hospital. Unfortunately, it was one of hardest if not the hardest to treat.”

Doctors immediately put her on potent antibiotics, and on Day 2, even before the results of her COVID-19 test came in, she took a turn for the worse.

“Sunday was the first scare, so from Sunday to Thursday, it was like life or death,” she recalled.

“I almost went to the intensive care unit, and they said there was a small chance that, if this continues to go bad, I might be intubated. But praise God it never happened.”

There were also complications that only celebrity patients seem to experience.

For instance, during her hospital stay, a video of Calzado intended only for a small circle of people leaked into the web, eventually landing on TikTok. The footage showed Calzado still wearing her oxygen mask, and the general confusion on the difference between a respirator and a ventilator led to some public speculation that she was much worse off than she was.

“By the time it was leaked, I was almost off oxygen,” she said. In fact, by her sixth day on antibiotics, she started feeling better.

It echoed the backlash Calzado experienced last month when she said on her social media, responding to another post by Lea Salonga, that “the COVID situation is actually the Universe’s way of making the world a better place moving forward.”

Many netizens took this the wrong way, and reacted to Calzado’s positive COVID-19 diagnosis with glee, trolling her social media with nasty “serves-you-right” comments. By that time, the actress was too ill to respond, but on April 7, she finally issued a statement through her manager:

“I was totally misconstrued and taken out of context, sorry . . . please know that I would never intentionally say anything to hurt others nor celebrate anyone else’s suffering. Simply put, those people have missed my heart, but I just try to understand their sentiments. If they celebrated my critical condition, that’s on them. Though it hurt me, I am grateful because the voices of those who showed love, good energy and support were louder and that really helped pull me through.”

She added: “The prayers, I never really saw them because I was in bad shape. It was overwhelming. Even if I didn’t get to read every message, I believe my spirit felt it—we are all interconnected by energy. I was sent a lot of good energy.”

She stressed: “I really have to thank the doctors and nurses of Asian Hospital who went above and beyond what they had to do. You know they’re tired, but they’re still doing the work they’re doing.”

But apart from the proper medical care, she said, there are other intangibles that help a patient recover.

Calzado said she was also overwhelmed by random acts of kindness, such as when a nurse offered to give her a shampoo when she was feeling particularly greasy after several days in a hospital bed.

“My eyes just lit up—let’s just be real and I’m always real, I could already smell my scalp—I was so grateful that she offered. Nurses don’t normally do that. I will forever be grateful. How wonderful it felt!

“The realization at the time was that these are the things that really matter and everything else is just borloloy,” she said. “All the material things—your shoes, your bags, your status in life, your accomplishments, your possessions—will not do anything for you.

“I’m just grateful to be home,” Calzado added. “To be honest, all I want now is a bit of sunshine, because we don’t have a balcony.”

The sun she associates with health because when she started feeling better, she would move toward the window of her hospital room, oxygen in tow, to get a bit of sunlight.

Her husband Ben Wintle—whom she said she hasn’t kissed in a month—also started sneaking in vegan protein shakes, and vitamins to supplement the nutrients that her doctors had prescribed.

“They were really making my immune system stronger,” she said.

She and her household have also started praying a novena every night.

“My husband is not religious by any means, but he’s started praying the novena with me,” she said. “We do the novena and say the things we’re grateful for.”

In hindsight, Calzado said she would not have waited as long as she did to get tested. She had been feeling the symptoms for a week, but went to the hospital only when she started getting worse.

News reports about politicians getting VIP treatment also kept her from asking to get tested.

“Apart from not taking antibiotics sooner, I was dyahe to get tested, because at that time they were saying test kits were few and far between. I didn’t want to be the demanding celebrity. People were telling me, ‘You’re young, you’re healthy, you’ll be fine.’ But if it’s a selfish act, eventually it will become a selfless act.”

When she got the positive test results, she immediately told everyone she had close contact with. Thankfully, no one has developed any symptoms, including her husband who, of course, remains under monitoring.

They’re going to have to wait a bit longer for that kiss.