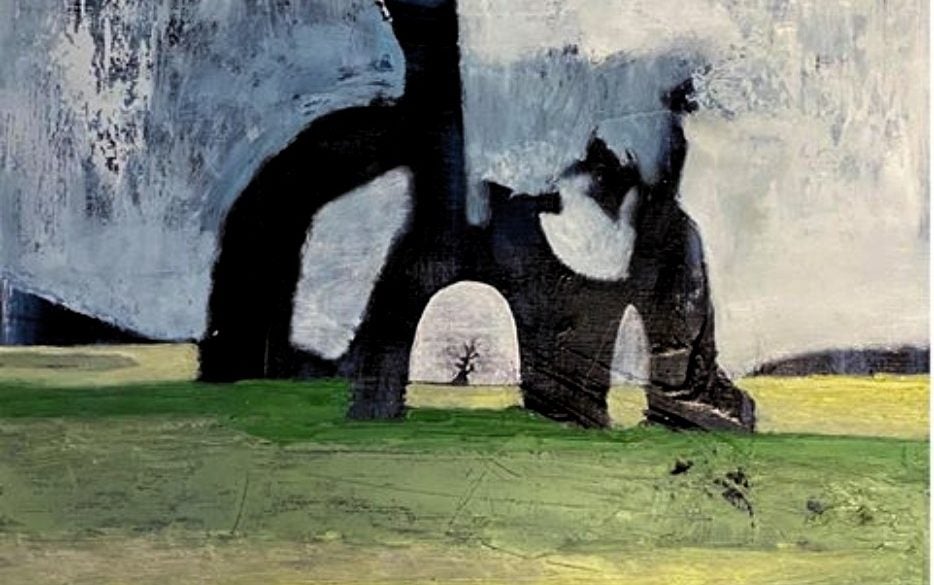 Proceeds of online exhibits and auctions are funneled into the fight against COVID-19, and to support fellow artists in need

The quarantine has hit the once-vibrant local art scene hard.

But art never sleeps. It has simply moved online, for the time being at least.

Filipino artists continue to create while hunkered down in their studios, sharing tantalizing glimpses of their works on their social media.

There’s a Facebook page called #lockdown art where artists post their works, share their experiences of being quarantined, exchange information on where to obtain much-needed art materials.

“It’s also a sounding board on the collective fear and paranoia and listlessness they feel during these times, wondering how they’ll fare, will things go back to normal, and what will ‘normal’ be anyway after this,” says artist and curator Lena Cobangbang.

More importantly, some artists have joined in the collective fight against the pandemic, for the most part thinking globally but acting locally.

Different initiatives seem to have sprouted spontaneously in various parts of the country: Cebu, Bacolod, Iloilo, Manila—wherever artists have formed a community.

Donations in the form of artworks—some by well-known names, many by up-and-coming young artists—are pouring in.

The usual strategy is to hold an online exhibit or auction, the proceeds of which are funneled into the fight against the new coronavirus disease (COVID-19), and to support fellow artists in need. The pressing need for personal protective equipment (PPE) to shield front-line health workers from infection is a particular concern.

It’s a remarkable development, notes Negros-based graphic artist Angela Silva, since most of these artists have also been affected economically by the lockdown.

“We’re supporting local/regional efforts as much as possible,” she says. “We’re all donating, not just the established artists/galleries, and we’re all in need financially with the loss of income and exhibit opportunities.”

“It’s good and reassuring to hear from [former University of the Philippines College of Fine Arts dean] Neil Doloricon that as artists, we need not stop at making art,” says Cobangbang.

“All the more we should just continue on, fight the helplessness and doubts and fear by making art, assuring other people, too, that we can’t fall into darkness totally as long as we shine a light on our being human.”

These are just some of the artist-driven efforts to support front-line health workers and fellow artists during these difficult times:

“We had been hearing heartbreaking stories from medical front-liners,” recalls Cobangbang. “There was one in particular from a brother who works in Chinese General. He said that once they’re in their PPE, they can’t eat or have toilet breaks because they have to maximize their use, so they have to wear adult diapers and endure it as long as they can because PPE can’t be reused.”

Thus far, “Raising Green” has gathered 173 works pledged by 112 artists, selling them through its Facebook page. The effort has raised more than P500,000 as of April 1.

More artists are expected to get on board.

Part of the proceeds will go toward the purchase of PPE, most of which will go to the Philippine General Hospital, while the rest will go to a common artists’ welfare fund. facebook.com/Raising-Green-Fundraising-Art-Exhibit

Based in Bacolod City, “ArtHeals” is another online exhibit to raise funds for front-line health workers and members of the art community in Negros.

In partnership with Negrense Volunteers for Change, a nongovernment organization, the effort is helping provide PPE for health workers, and also supporting local artists who are in need of economic assistance. Charlie Co’s Orange Project gallery has also organized a group of local artisans to fabricate face shields for local health workers.
facebook.com/arthealsph

‘Art to the Front’ auction

“Art to the Front” is an online art auction for the benefit of front-line health workers in Cebu City.

Cebu-based artists contribute artworks, which are sold in a live online auction. The proceeds are then turned over to the University of the Philippines (UP) Cebu’s Fablab to fund the production of face shields, scrubs, intubation boxes, 3D printed ventilation valves and other PPE for front-line health workers in the city.

The Fablab is a fabrication workshop operated by UP’s design schools in partnership with the Department of Trade and Industry.

As of April 2, “Art to the Front” raised nearly P2 million in pledges from art collectors. facebook.com/arttothefront