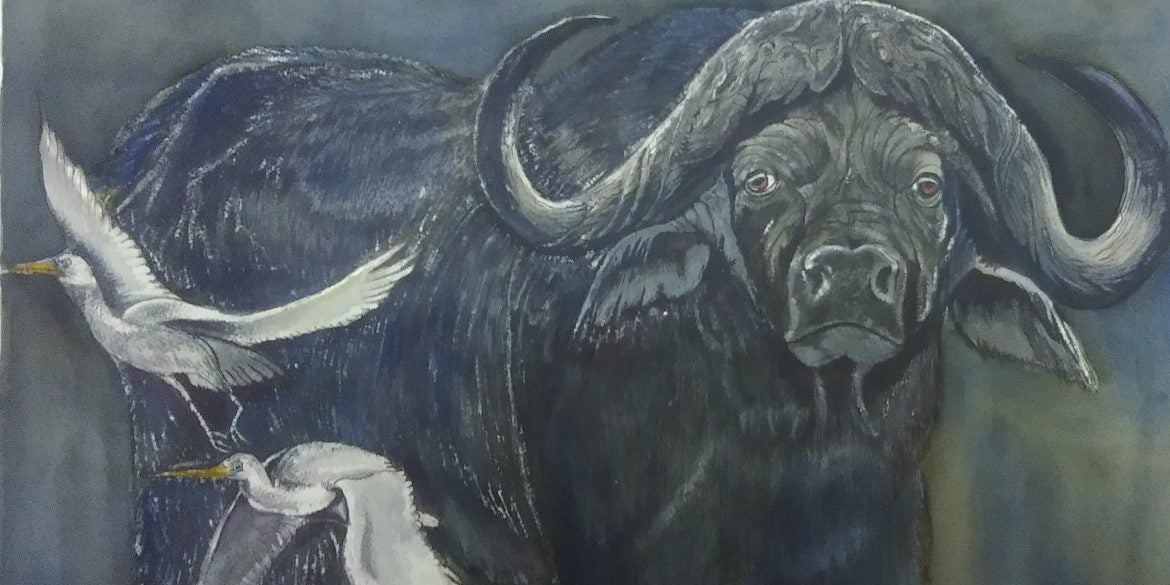 For all our gripes about boredom as we hunker down in our respective homes, those of us who have nowhere to go are among the luckiest people in the world. We are grateful to medical personnel and other essential workers who continue to leave home so that the rest of us can eventually do so.

Another group has emerged as heroes amid this pandemic, however: artists. They have provided us with distraction, entertainment, even much-needed company. Artists have reminded us that we still belong to a larger world and are part of the conversation.

A group of artists in Cebu took their heroism further with Art to the Front, an online art auction that raised over P3.2 million in two weeks, with 100 percent of the proceeds going to the University of the Philippines-Cebu’s Fablab for the production of PPE (personal protective equipment), over 59,000 of which have already been produced and distributed.

Art to the Front was a collaboration among artists Golda King, Jean Govinda Marquesto, Osamu “Uzi” Emperado, Arts Council of Cebu’s Allen Tan and Mariz Rallos, and Qube Gallery’s Maris Holopainen and Pia Mercado, with the support of 856G Gallery.

The idea was born, planned and executed online, mainly through midnight chats on Facebook Messenger. “We didn’t even have a single video call,” said Maris, who helped spearhead the fundraiser from France, where she had to extend her stay. “My hair was not ready for one,” said Allen.

It all started with a FB post by Jean March 22. He shared a photo of a thread art piece he was donating to Manila Art for a fundraiser to support Philippine General Hospital (PGH) medical front-liners. His fellow artist Golda commented, “Can we start one here in Cebu?”

Qube Gallery immediately raised a virtual hand. Mariz, an event organizer for Arts Council of Cebu, chimed in. Less than 24 hours later, Art to the Front’s core group was formed.

By March 26, Uzi, who is responsible for the event’s imagery and graphics, already had the logo up on the event’s FB page. On March 27, bidding began.

Art to the Front raised more than that on the first day alone. The pledges reached P1,564,800 on day five and more than doubled to P3,260,000 on the final day of auction.

Who knew that all this time spent staring at walls would inspire so many to fill theirs with art?

“Bidding made it fun,” Mariz said. “Must be the ECQ effect,” joked Allen.

Qube’s gallerist Pia Mercado said, “In the gallery, it usually takes a lot of time for buyers to make up their minds, but people couldn’t afford to be indecisive during an auction.”

“It was definitely a welcome form of entertainment,” said Golda. “My sisters were in a bidding war for a Celso Pepito piece!” That was the beauty of Art to the Front: It was for a worthwhile cause, so most people were perfectly happy to lose.

“We’re not sure how some of the buyers heard of us,” Maris said, “but we had bidders from all over the Philippines, the US, the UK, the Netherlands, New Zealand.”

While the public’s response turned astonishing, it was the artists’ generosity that overwhelmed the organizers, who received over 200 donated works from 96 different artists. “Of the artists I approached about this project, not a single one said no,” said Mariz. “It’s modern bayanihan put into practice,” Jean said.

While most of the artworks donated were by Cebuano artists, Art to the Front also received support from artists all over the country, including Bohol, Bacolod, Iloilo, Dumaguete, Tacloban, Cagayan de Oro and Manila.

Jojo Austria and Janine Barrera, who are based in New York and San Francisco respectively, also donated works. So did French artists Francis Dravigny and Pierre Marie Brisson, with British sculptor James Doran-Webb, whose “Graceful Vigilance,” an eight-foot tall dead wood sculpture of a Philippine eagle perched on a 19th century molave wood post, was the highest ticket item sold for P250,000.

There were pieces by familiar names like Orley Ypon, Sam Penaso, Edwin Jumalon, and Darby Alcoseba, but there were also paintings by artists whose art forms aren’t usually found on canvases, like fashion designer Oj Hofer and home accessories designer Marguerite Lhuillier. “Some teenage hobbyists were kind enough to donate their works, too,” Golda adds.

UP Cebu’s Fablab, which provides technological access and a maker space for UP Cebu students and the larger Cebu community, was a natural choice as beneficiary. They were producing face shields to serve as PPE and were working on scrub suits, intubation boxes and 3D-printed ventilation valves. Allen noted, “They’re not meant to be a facility that produces medical equipment, yet they turned themselves into one to answer a need.”

Our forced self-isolation has led to a lot of introspection about what is essential and what’s not. What Art to the Front tells us is that artists, as it turns out, are among those we cannot do without.