What if Edsa had elevated pedestrian and bicycle lanes? | Lifestyle.INQ ❮ ❯ 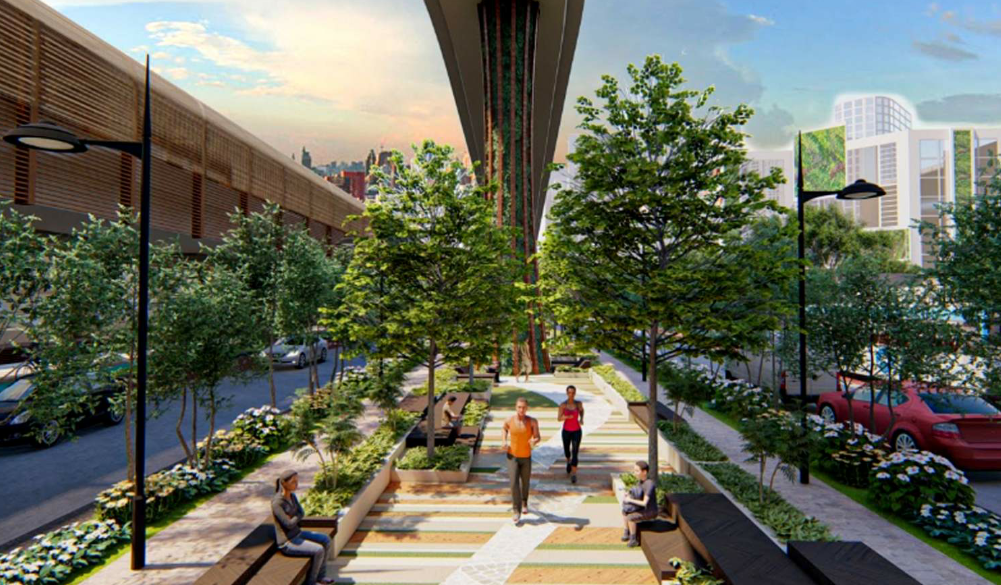 The COVID-19 pandemic has cleared up the skies in many areas in the Philippines, especially Metro Manila, which now has less air pollution after vehicles were forced off the streets due to the enhanced community quarantine.

The Department of Transportation has “highly encouraged” the use of bicycles, aside from motorcycles, as it announced guidelines for road transport that impose social distancing among passengers in trains, buses, jeepneys, tricycles, shuttle services, utility vans and taxis once the lockdown is lifted.

“Walking and biking are the best transport modes for social distancing. Pedestrian and bicycle infrastructure are low-hanging fruits—they’re cheaper, doable and democratic since all of us are pedestrians,” says architect Felino Palafox Jr.

The principal architect-urban planner of Palafox Associates and Palafox Architecture Group points out that the country’s current infrastructure is “car-centric, although only 2 percent of Filipinos own cars.”

He adds that road corridors must have one-third of their space for pedestrians and bicycle lanes, one-third for trees and landscaping, and the remaining one-third for vehicles.

To illustrate, he sent Lifestyle his recommendations, for instance, for Edsa and the Clark Freeport Zone transport corridor, as well as a master plan for Metro Davao.

For Edsa, he proposes elevated pedestrian walkways with bicycle lanes from end to end, with linear parks and pocket parks below to help clear the “lungs of the city” to further lessen heat and urban pollution.

He also envisions building pedestrian-bicycle bridges every 800 meters across the Pasig, San Juan and Marikina Rivers and other waterways that will enable people to just walk or ride their bicycles to their respective destinations.

He’s confident these can be done if the decision-makers have the will to implement them.

“The situation on Edsa is not hopeless,” he says. INQ