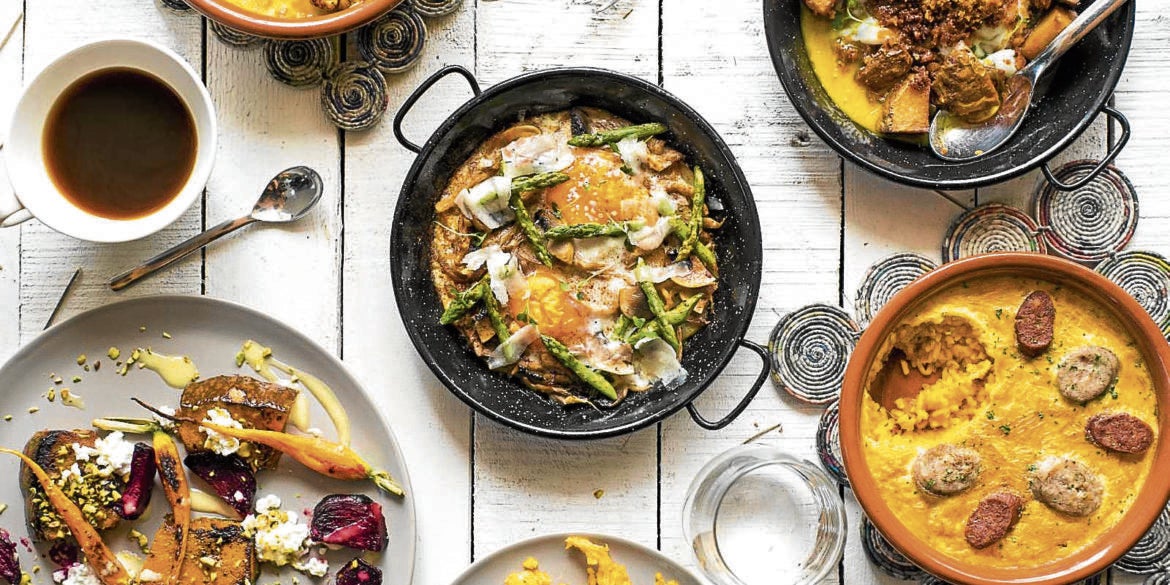 Celebration package from Gallery by Chele

The unexpected Sunday treat came via delivery service just before noon. Chele Gonzalez and Carlo Calma were offering food from Gallery by Chele, which Manila’s dining set used to converge in on the fifth floor of the Clipp Center in Bonifacio Global City.

“Moving forward during this time of crisis, Gallery by Chele is adapting,” Calma said in a text message. “We have created a takeaway and ready-to-cook menu so you can enjoy our signature meals in the comforts of your home.”

The interactive online menu brought a fresh approach to the dining experience. It was the tasting, however, that caused the somersault of the heart as the food was being unpacked from the cardboard packaging that reflected the restaurant’s philosophy. The biodegradable box is made mostly from sugarcane.

“Our restaurant is really about sustainability and minimizing waste in our industry,” said Calma. He also mentioned that they have been preparing food for front-liners and the marginalized since the enhanced community quarantine (ECQ). “It is something we want to continue even after this pandemic.”

The food portions were on point. It made sense that Gonzalez had asked how many would be dining at home. Considerations were made for no leftovers of the freshly cooked food. When the boxes arrived, the lengua and the crab rice were still warm. “I personally cooked the lengua and the paella,” he messaged. “Those are recipes from my province in Spain. They are my mother’s recipes.” Gonzalez hails from Santander, the border region with the Basque country.

Throughout the lunch, which included mashed potato with paprika and bomba with aioli, Gonzalez was online asking how it was. Our conversation was conducted between mouthfuls.

He was concerned about the cochinillo and the pulpo, which came in vacuum-sealed packs. “I will make you cook,” he said. “Very simple steps.”

Being guided by the chef of the twice-awarded Best Restaurant in the Philippines by Asia’s 50 Best Restaurants might have been intimidating, but Gonzalez is a friend and he’s kind to this noncook.

For the “cochinillo”: Preheat oven to 200C. Cook cochinillo for 30 minutes. Crank up the oven to 220C for five to 10 minutes until cochinillo is gold and crispy. Serve with accompanying sauce and salad.

For the “pulpo”: Place the vacuum bag in boiling water for five minutes. Pan-sear the octopus. Cut in slices. Reheat the puree in the microwave or in a pan until hot and serve with pulpo.

For the “bibingka” cheesecake: Put in the oven for two minutes. Eat warm for best flavors.

The new normal was tasting good, and it felt like we were dining with the celebrated chef right in our kitchen at home.