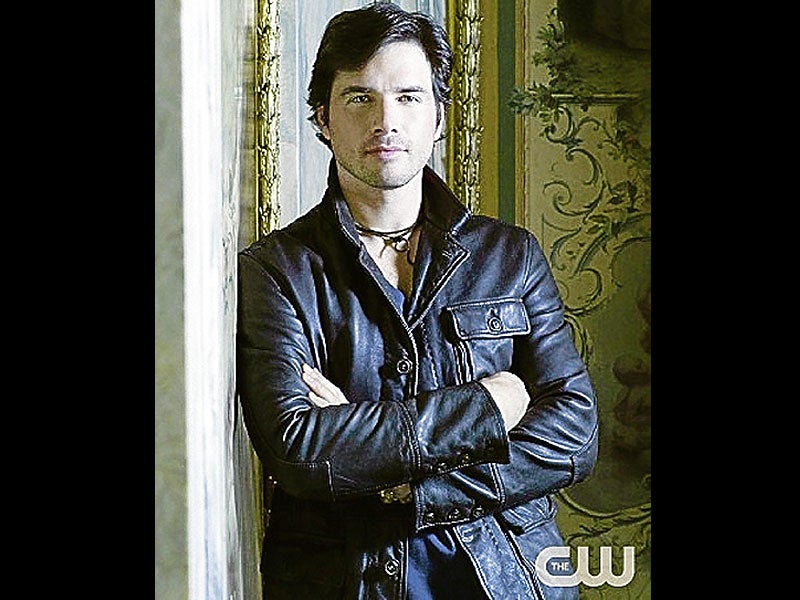 SINCE tomorrow’s Father’s Day and we really can’t send these guys a Hallmark card, we decided instead to give a shout-out to some of the best TV dads we’ve come to know and love.

Rufus Humphrey (“Gossip Girl”)
The Upper East Side is the exact opposite of everything that is Rufus Humphrey. As a down-to-earth former 90’s musician, he married a conniving wife, got two scheming stepchildren and his own children have turned into, well, conniving, scheming kids, as well. And yet he sticks it all out with the hope that in the end, the good values he worked so hard to instill in his children will guide them through the oceans of mean girls and millionaire crackheads. Because really, it seems being arrested, getting roofied and constant check-ins at the local rehab center doesn’t seem to teach the kids anything.

So what if he works for the Miami Police Department and moonlights as serial killer who preys on murderers who escaped the justice system? While his stepchildren don’t know about this double life, Dexter does what he does with only the kindest, albeit twisted, intentions. Most of his victims were actually those who committed crimes against children. In fact, this is one dad who would literally—and actually did—kill for his stepkids, having put out a pedophile who stalked his stepdaughter, and even went as far as Paris to track down an ex who attempted to kill him and his two kids by locking them in a burning house.

Eric Taylor (“Friday Night Lights”)
Being a football coach in Texas isn’t easy. The state practically considers the sport their religion, and when you’re a kind-hearted guy like Coach Taylor who has always prioritized his family over his job, it can be a hard life to juggle. But Taylor pulls it off, making the tough, no-nonsense decisions many fathers find hard to make (he quit his job as a college football coach to be with his family when his wife Tami gave birth). On top of that, he acts as a surrogate father to the troubled, messed-up kids on the team, sometimes even taking them in his home until they get back on their feet. You help but fall in love with a coach who preaches and lives by “Clear eyes. Full hearts. Can’t lose.”

He may be the epitome of a guy’s guy (loves Mellencamp, sports and fixes cars for a living), but we’ve seen single-dad Burt Hummel fully accept the fact that his only son Kurt is, well, gay. His unconditional love for his son moved viewers to tears when, after his soon-to-stepson Finn called Kurt’s choice in room décor “faggy,” he burst into a tirade, claiming, “I love your mom and maybe this is gonna cost me her, but my family comes first. I can’t have that kind of poison around.” Burt also tried to get closet-gay bully Dave Karofsky kicked out after learning about Karofsky’s death threat on Kurt.

Michael Bluth (“Arrested Development”)
Having lost his wife to ovarian cancer years earlier, Michael tried to spend every waking moment with his only son, George Michael Jr. However, being the only “sane” person in the Bluth family, Michael had to take over the family business after his father was imprisoned on charges of “creative accounting.” Dealing with his crazy family was never easy for him (mother is an alcoholic and drug abuser, sister is a superficial socialite, brother is a pyromaniac magician, brother-in-law a wannabe actor … the list is endless), but Michael kept it all together for his kid, and tried his best to still spend as much time with George Michael (despite sudden “emergencies” that would pop up just when they were starting to have fun).

One of TV’s most beloved gays, Jack unknowingly fathered a son. When he was 17 years old and in need of some cash to buy a coat he wanted, Jack went to a sperm bank, where his “deposit” was used by a lesbian nurse. A few years later, his son Elliott knocks on his door with the big revelation. But instead of shunning his son away, Jack (albeit reluctantly) embraces his paternal instincts and helps the young Elliot on how to deal with bullies, how to figure out girls, and what clothes to wear. The dynamic between father and son was a perfect recipe for comedy: nothing Elliot did could infuriate Jack, since Jack was a crazy loon himself. In the show’s last season, we saw Jack go through one of the biggest heartbreaks in his life: when Elliott decides to go off to college, leaving a hole in Jack’s heart.