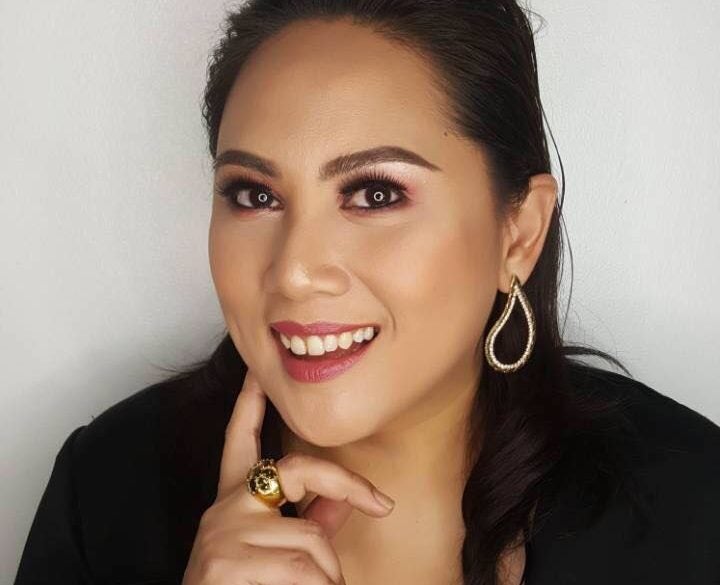 MANILA, Philippines —Three Filipino beauty titleholders joined a line up of international speakers for a digital conference on “new normal” viewed by participants from different countries.

Carla Cabrera, the Philippines’ representative to the 2011 Mrs. Globe pageant in the United States, facilitated the World Leadership Conference on “Adapting to the New Normal” on May 21, which also included 2018 Mrs. Philippines Globe Anne Acuña, and 1985 Binibining Pilipinas-Universe Joyce Ann Burton-Titular.

Cabrera, a women empowerment advocate and now the national director of the Mrs. Globe pageant in the Philippines, also spoke on the topic “branding and identity” as the chief branding strategist of Creatio7.

“The new normal will reveal another layer of your identity. Embrace, seize, rise above it,” she said.

Acuña, director for marketing of the De La Salle University-Laguna, discussed education and said, “now more than ever, schools, colleges, and universities have to adopt different modalities of teaching in order to thrive and remain relevant,”

Now a public speaking instructor, voice talent, and freelance actress, Titular spoke on the topic “talents are adapting to the new normal.”

“Covid has not killed the talent. We are alive, kicking and doing great things online,” she shared.

Another beauty queen, 2019 Miss New York US Nation Anastasia Li, talked about the “globalization of the fashion world.”

The producer of Anastasia Magazine NY said, “adapting to the new normal and fighting with the new world catastrophe, the fashion influencers from all over the world are becoming even more close to each other due to the online globalization process.”

The three-hour conference also served as the platform to launch the World Women Leading Change Philippines (WWLCP), the local arm of the global network of women empowerment leaders.

“The generous and vibrant sharing of ideas, compelling stories, and insights only show that there are no more walls between gender, race, and status, especially during this time. This is the reason why World Leadership Conference (Batch 15) has to coincide with the launch of [WWLCP], another platform for women empowerment, which serves as a proof that women can be a catalyst to move and shake the world,” Cabrera told the Inquirer in an online interview.

As president and co-founder of WWLCP, Cabrera said “the founder, Dr. Ayla Aldjufrie, has also inspired me to move to another level and we are grateful for the love and trust she has given us to carry this brand in the Philippines.

WWLCP, Cabrera said, will be at the forefront of leading change to create social impact in society through businesses, community, and work environment.

She said the group hopes to take up a grander role in the movement. “We believe social entrepreneurship is on the rise in the Philippines, and that is the avenue we will promote and develop,” Cabrera explained.

The WWLCP president said more conversations are lined up in the future, where they hope to invite more viewers to participate.

“Furthermore, we will be doing planning sessions for the year based on the guidelines and format of the international office which we find very motivating, so we can’t wait to lead change in the Philippines,” Cabrera continued.