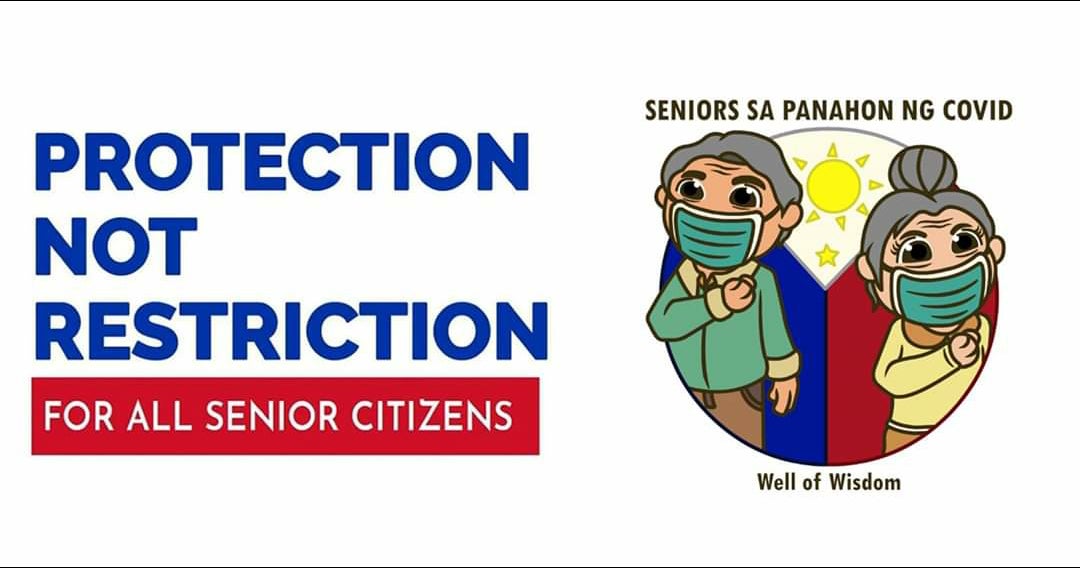 It was not a “senior moment”—as people call forgetfulness—but rather a timely response to a confusing situation.

On April 28, Chuck Manansala and Floro Francisco, both in their 60s but still active and working, were video-conferencing on what they saw as flaws in the quarantine rules for senior citizens.

Manansala viewed the government’s directive to restrict people aged 60 and above to their homes as a virtual house arrest. “I thought of issuing a call for ‘Protection, Not Isolation’ of senior citizens,” he told Lifestyle.

Francisco drafted a statement calling attention to the plight of seniors which he posted on Facebook April 28. It went viral, said Manansala.

In an hour, Manansala had put up a Facebook group dubbed Seniors sa Panahon ng COVID (SPC) with another statement that went viral, too. “We started inviting about 150 friends. Membership, after 30 days, has ballooned to 25,000,” said Manansala. (As of June 5, SPC has over 26,000 members.)

SPC’s immediate concerns in light of the pandemic’s disruption on Filipinos’ lives include “letting senior citizens go where other people may go but make sure they are amply protected; have all seniors covered by the Social Amelioration Program; the release of SSS pensions; support seniors who want to work or are returning to work; support for physiological, mental and psychosocial issues; and continue to demand that the government speak in one voice at all administrative levels.”

SPC’s top concern, the right to mobility of healthy senior citizens, has been heard, as the Inter-Agency Task Force on Emerging Infectious Diseases (IATF) revised its rules. But Manansala said the revision is open to misinterpretation and confusion.

“It states: ‘Any person . . . who are 60 years old and above, those with immunodeficiency, comorbidities or other health risks, and pregnant women, including any person who resides with the aforementioned, shall be required to remain in their residences at all times, except when indispensable under the circumstances for obtaining essential goods and services or for work in permitted industries and offices.’”

Manansala pointed out that “the experience on the ground shows that local government units (LGUs) and enforcers see the restriction but not the exception. We want to avoid overzealous enforcers who are only too ready to apply physical force. We also want to prevent arguments or conflicts between senior citizens and enforcers due to misinterpretation of the guidelines because of limited understanding of English and poor grasp of legalese.’”

Aside from regaining their right to mobility, seniors are also now allowed to go out to exercise, walk and get some sun.

Manansala said that SPC has formed ad hoc teams to address its concerns.

It will establish a nationwide organization of senior citizens. It has met online with the Commission on Human Rights, which facilitated an online dialogue with the Departments of Interior and Local Government, Social Welfare and Development, Health; University of the Philippines (UP) Population Institute and UP Institute on Aging.

“We have launched a regular livestreaming Facebook program (every Tuesday and Friday, 3-4 p.m.) on the seesaw channel of Lapis titled ‘Senior Citi,’” said Manansala, who hosts the Tuesday edition to moderate discussions on relevant issues. Edicio dela Torre hosts every Friday, focusing on adult learning.

There are other senior citizen groups, said Manansala. “There’s the Coalition of Services of the Elderly (COSE,) which is vocal, too. But most groups have not been actively pursuing the legitimate interests and rights of seniors. The Senior Citizens party list has been largely silent except when its Rep. Francisco Datol demanded that congressmen be prioritized on mass testing.”

Now that SPC has found a voice on social media, Manansala said it is also pushing for senior citizens to be entitled to free mass testing, contact tracing, isolation and appropriate treatment.