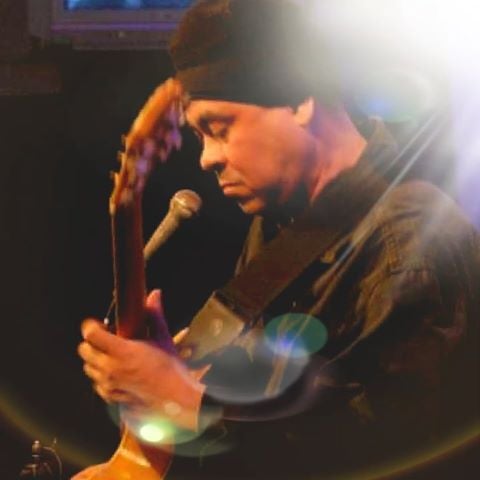 First heard in the ’70s, ‘In Love with You’ has been rerecorded, released on 45 rpm

Blame it on new coronavirus disease and the uncertainty of the near future, but many musicians are in a retrospective mood.

Cat Stevens aka Yusuf Islam has rerecorded his epochal 1970 folk-rock masterpiece “Tea for the Tillerman,” and ’90s alt-rock stalwarts Soundgarden has revisited two of its biggest hits, with singer Brandi Carlile standing in for departed frontman Chris Cornell.

In the same zeitgeist, though to much less hype, Filipino jazz guitarist Johnny Alegre has come out with a rerecorded version of “In Love with You,” a song he first recorded nearly 45 years ago.

I remember hearing “In Love with You,” credited to the group Hourglass, drifting out of the radio in the mid-to-late ’70s, on DZRJ’s “Pinoy Rock and Rhythm” program hosted by Howlin’ Dave.

There was a narrow window after the end of the classic era of Pinoy rock, but before the rise of Original Pilipino Music, when listeners’ ears were open to new sounds. A third wave of Pinoy bands had emerged, a generation or two younger than pioneers Juan de la Cruz and Anakbayan, and more progressively inclined musically. These included bands such as Mother Earth, Phase II, Destiny and Alegre’s own group Hourglass.

“In Love with You” was uncommon for radio at the time: a mellowed-out, mid-tempo ballad with soul-styled vocals, and with an unusual intro of spacy wah-wah guitar, buoyed by electric piano and an elastic bass groove, and punctuated by extended guitar solos, played with jazz-blues chops by Alegre’s cohort Joey Puyat.

“I was just a kid inventing my own guitar chords because I did not have a teacher. Whatever sounded good to me was effectively correct. There were no rules. The words came easily, the inspiration just cascaded from one simple line to the next, as I expressed my adolescent feelings for the girl of my dreams.

“In late 1975 or early 1976, I auditioned a small handful of songs I had already written to my bandmate, Joey Puyat, who was fishing for ideas to record. Joey chose ILWY as the right vehicle. So our band rehearsed at great length this song and Joey’s extensive guitar solo, until we all knew every nuance of it. Our confidence paid off, as we trooped to the now defunct Cinema Audio Studios and completed ‘In Love with You’ in little over two hours max, including the mixdown. In just a few days, we were off to DZRJ to hand over a cassette tape of our opus to DJ Howlin’ Dave, who liked it so much. Suffice it to say that the song was played in heavy rotation, ‘simply because’ it blended with the spirit of those halcyon days, and emerged a radio hit.”

Unfortunately, Alegre and Puyat’s efforts to land a record deal came to naught, and “In Love with You” never had an official release, living on only in the memories of an aging generation of boomers.

“Many people to this day come up to me saying ILWY became his or her theme song leading up to raising a family,” says Alegre. “The thought of it is its own reward. This year, I decided to breathe new life into this esoteric piece of Pinoy Rock, with a brand new recording. I did not want to do a straight-up cover version of my old song—it would have been a parody if I did.”

Instead, Alegre decided to reconstitute Phase II, the band he formed with Puyat in the late 1970s, adding Dennis Mabanta on bass and Paolo Manuel on drums. To sing, he recruited Kris Gorra-Dancel, late of the indie rock band Cambio.

“I had sat in previously with Cambio, so we know each other’s dynamics,” says Alegre.

“Kris had joined my world music group, Humanfolk, maybe three years ago. We have an independently-released EP for Humanfolk as well.”

The result is effectively a new song, played with crisp 21st-century dynamics, the musicianship honed in the intervening four decades.

In any case, boomers familiar with the original will be able to compare, since Alegre decided to press a limited-edition 45 rpm single on red vinyl, the new song on the A-side, with the original 1976 recording of “In Love with You” on the B-side.

The phenomenal revival of vinyl records in recent years, Alegre admits, had a huge influence on making the release happen. The release had been timed to coincide with Record Store Day, slated for last April, until the pandemic forced its postponement.

Both versions of “In Love with You” are up on YouTube, and will find their way to music streaming platforms, says Alegre. A full-length album is in the works.

In the meantime, vinyl-holics who just have to have the original artifact can send him a PM.

“I wish this release will make people relive their dreams, and create new ones,” says Alegre.