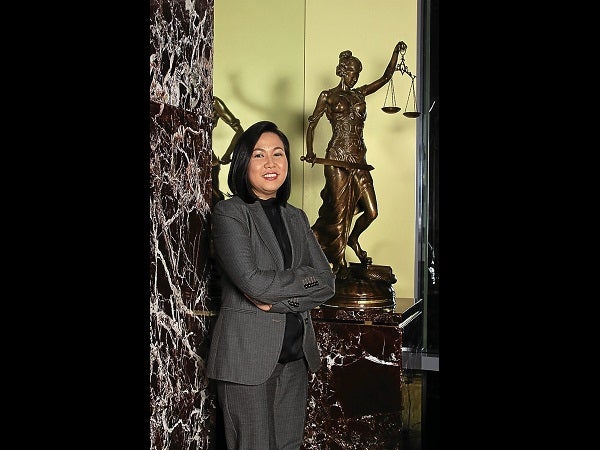 Twelve years since the last case, the concubinage lawsuit filed against former ambassador Francisco “Paqui” Ortigas III and his secretary, Maria Antonia “Marian” Legarda, by his wife, Susana “Susie” Madrigal-Bayot, is deemed the most controversial not only because it involves prominent individuals. It also brings to the fore Philippine society’s rather cavalier attitude towards  philandering, the hiya or timidity of aggrieved wives in asserting themselves, and the gender biases in our laws.

The day after Valentine’s, Ortigas was arrested after a meeting with his lawyers. Apparently, his lawyers were also caught off-guard by the issuance of the warrant of arrest against Ortigas.

Ortigas posted bail and sent a statement: “I am saddened by having to endure the course of events, which continue to turn a private matter between me and my wife

Susana Ortigas, into a public spectacle.” He was referring to the reports about Susie’s complaint affidavit that graphically described his indiscretions, not just with his secretary but also with other women.

Madrigal-Bayot’s lawyer, Thea Daep-Laurena, senior partner, and the lone female partner in the male-dominated litigation department of CVC Law, says, “That’s a common notion that if there’s a fight between a husband and wife, people would always say it’s a private matter.  If you violate a law and get arrested,  it is not confined between the two of you. The state is involved because a crime has been committed. Our laws protect the sanctity of marriage. Concubinage is violation of a marital vow.”

Daep-Laurena explained that concubinage is a criminal case. Madrigal-Bayot, the complainant, is alleging that Ortigas committed the third form of concubinage, which is cohabitation.

According to the complaint filed, the affair allegedly began when Ortigas was posted in Mexico in 2008 with Legarda, whom he brought along as his secretary since she was fluent in Spanish. The affair allegedly continued when they returned to the Philippines in 2010 after Ortigas’ diplomatic stint.

The lawyer explains that the law defines three ways of committing concubinage. “First is if you keep a mistress in the conjugal home; second, if you have sexual intercourse under scandalous circumstances; the third is cohabitation or live-in. In this case, our complaint and the findings of the fiscal’s office are unanimous; there is probable cause to hold Paqui and Marian liable for the third form of concubinage—cohabitation. That’s going to be the focus of the trial,” says Daep-Laurena.

Ortigas and Legarda have been reportedly spending time together in Luntala, an Ortigas development in Valle Verde. They (Ortigas and Legarda) claim that it was an office where Legarda worked as his secretary.  “What is hurtful for Susie is that the property is actually owned by Suzy Q Corporation, a real estate company of Paqui, Susie and their children,” says the lawyer.

Madrigal-Bayot left the Greenhills home last July before she filed the case.

“Leaving him because of concubinage was one factor. Susie, over the years, was a battered wife, a victim of psychological and verbal abuse,” says Daep-Laurena.

Her client had been fearful about coming forward.  “Ultimately, Susie had enough,” says the lawyer. “She felt that everybody knew about the affair. Whatever may be the natural consequence of her filing a criminal complaint, so be it.”

“In adultery, proof of sexual intercourse by the wife with another man is enough.  Meaning, you do not need to show scandalous circumstances or cohabitation.”

Daep-Laureano adds that the penalty for adultery is stiffer than concubinage.

The criminal case on concubinage is just the beginning for Madrigal-Bayot.

“There has to be some closure,” says Daep-Laureano. “When Susie decided she had enough, the marching orders were to protect the children (Marivic Borromeo and Victoria Duarte), their properties, and to give her adequate recompense under the law.”

Consequently, civil actions are to follow. The lawyer cites the example of how the Madrigal-Bayot reportedly shouldered practically all of the family expenses in their 43-year marriage and the $1.5-million helicopter bought by Madrigal-Bayot for Ortigas.

“To me, the Susie-Paqui ceased to be a private matter when Paqui brought Marian in their work and social circles,” the lawyer says. “While it is a dispute involving a husband and wife, I do not believe that it should bar interested persons to discuss it in public especially since the issues involved are universal. They resonate with every woman who has been cheated on or humiliated by unfaithful partners.”

She adds that if wives feel victimized by their situation, and wrongly believe that it’s hard to get justice and keep silent, infidelity will continue to be glorified in our macho culture.

“Even if you are at a disadvantage, it doesn’t mean you can’t win,” the lawyer adds. “The bravery that Susie showed when she filed the case, knowing that this may be talked about and may be embarrassing or humiliating will serve to empower women in similar situations to follow suit. That way, men, who are predisposed to commit unfaithful acts or those who are engaged in them, will learn that women who have been abused and cheated on have remedies. And, men cannot simply get away with their infidelity.”