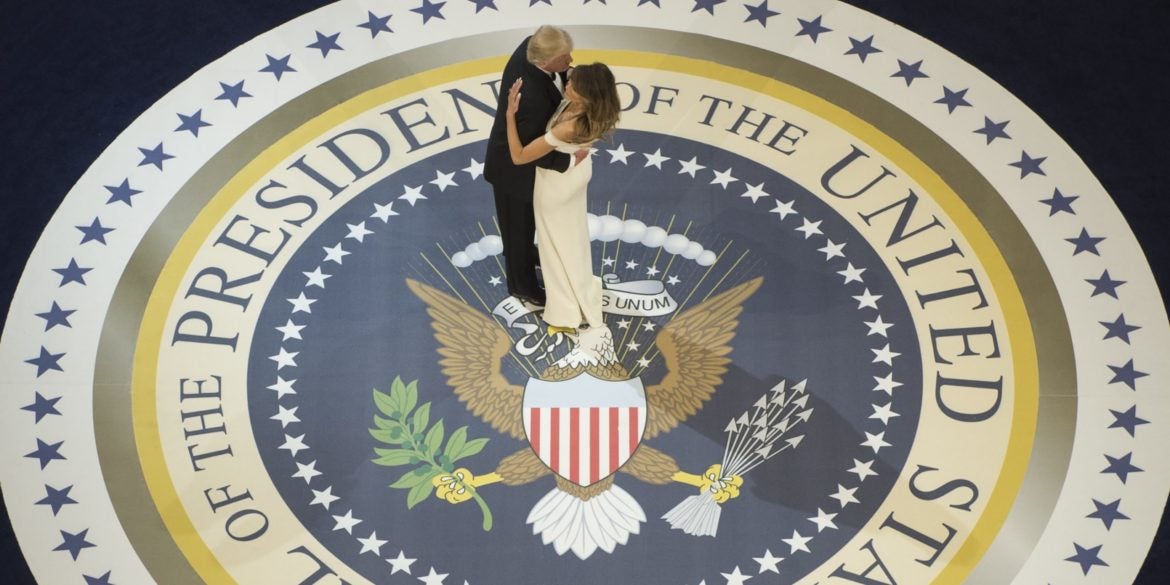 WASHINGTON — First lady Melania Trump delayed her move to Washington after Donald Trump became president to gain leverage in renegotiating her prenuptial agreement, according to a new book. The White House denounced the book after it became public on Friday.

Mary Jordan, author of the book “The Art of Her Deal: The Untold Story of Melania Trump,” wrote that the 2016 campaign had been rife with reports about Trump’s alleged infidelities and the first lady was learning new details about them from media reports.

Jordan, a reporter for The Washington Post, wrote that the incoming first lady wanted time to cool off and amend her financial arrangement with Trump to ensure the financial future of both herself and their son, Barron. Melania Trump has said that she wanted to wait until the end of the school year to move to Washington.

Citing interviews with several people close to the Trumps, Jordan wrote that during the campaign, Melania Trump thought a lot had changed since she signed the prenuptial. She had been with him longer than any other woman and she believed she had made crucial contributions to his success, Jordan wrote. She also wanted to ensure that Barron got his “rightful share of inheritance,” particularly if the president’s daughter Ivanka took the reins of the family business.

According to The Washington Post, Jordan conducted more than 100 interviews for her book, including with the first lady’s schoolmates in her native Slovenian and former New Jersey Gov. Chris Christie.

The Associated Press purchased an early copy of the book, which will be published June 16.

Stephanie Grisham, a spokeswoman for Mrs. Trump, said the book was based on inaccurate information. “Yet another book about Mrs. Trump with false information and sources,” Grisham said in an emailed statement. “This book belongs in the fiction genre.”

The first lady and Barron, who was 11 at the time, settled into the White House in early June 2017 and she seemed visibly happier by mid-2018, the book said.

“According to three people close to Trump, a key reason was that she had finally reached a new and significantly improved financial agreement with Trump, which had left her in a noticeably better financial position,” Jordan wrote. “Those sources did not know precisely what she sought, but it was not simply more money.”

Jordan writes that Melania Trump wanted “proof in writing” that Barron would be treated more of an equal to Trump’s oldest three children when it came to financial opportunities and inheritance.

Among the items under discussion was Barron’s possible involvement in the family business, the Trump Organization, and ownership of Trump property, according to the book. Quoting one person aware of the negotiations, Jordan notes that Barron has Slovenian citizenship, which could put him in a good position if he wanted to be involved in Trump business in Europe.

“Melania wanted and got options for him,” according to the book.