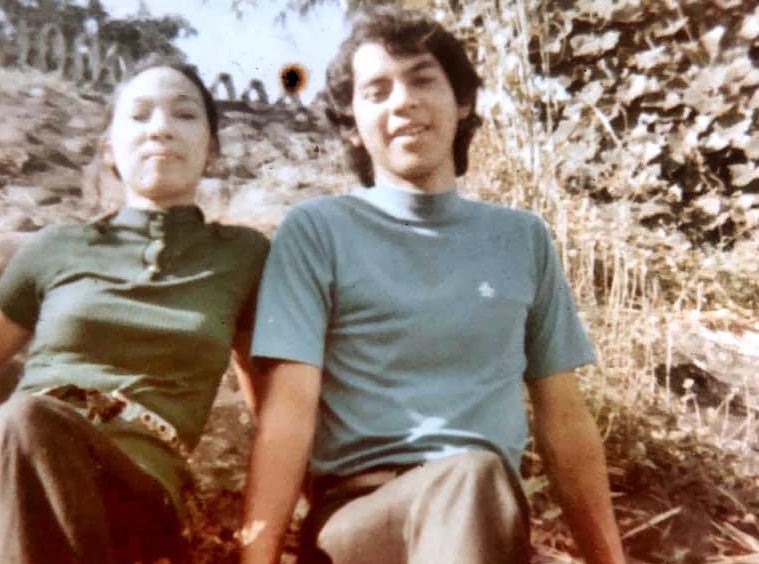 Social distancing on Father’s Day? No problem. Let him know you care.

Father’s Day during this pandemic takes on new, more urgent meaning as we all struggle together: finding ways to live as normally as we can as businesses and places of work resume operations. At the forefront of this challenge are thousands, even millions of fathers who will brave the landscape of our anxieties amid the pandemic, so they can go to work and provide for their families.

With this huge challenge on their shoulders, it’s really a big deal for them to feel our gratitude, appreciation, and love.

One dad recently became a social media celebrity after his story became viral: Andrew Cucal, a GrabFood delivery driver, drew admiration and sympathy for how he continues to work hard to support his two kids, taking on two shifts a day delivering food to customers.

31-year-old Andrew is a single parent who supports not only his children but also his elderly mother inside their small home. In one TV interview, Andrew admits he is also feeling anxious about possibly catching the illness brought by the new coronavirus. He said he takes precautions including wearing a mask and sanitizing constantly with alcohol.

Andrew’s social media celebrity status was sparked by one of his customers, Cha Calubaquib, who placed a food delivery order on Easter Monday. According to Cha’s Facebook post, it wasn’t really a regular thing for her to order food deliveries especially during the lockdown period.

(I could not help but think that all these frontliners are also risking their lives just to deliver food. So I thought, if I had food delivered, I would want to provide food for the person doing the delivery for my order.)

Cha tried several times to book a delivery of four lechon manok (roast chicken) orders, but was unsuccessful. Cha wanted to order one roast chicken for herself, two roast chickens for frontliners who lived in her building, and one for the food delivery man.

She thought of quitting but then, something prompted her to try one more time. It was Andrew who got the booking. He later revealed that Cha’s order came just in time, as he hadn’t been thinking as yet about what to bring his kids for dinner.

For many people who order food via delivery, it’s a routine thing that is very affordable. However, for riders like Cucal, who earn a little more than PhP1,000 (US$20) a day, a lechon manok dinner is already something special. So he was very grateful and delighted when Cha told him that he could take home one of the orders.

It was only later in the day that Cha found out how special her act of kindness was. Andrew messaged Cha and sent her a photo of him and his kids enjoying their lechon manok. The message made Cha cry, realizing that she just helped feed a family during a time of crisis.

After Cha posted her exchange of messages with Andrew online, a lot of people were touched and also sent gifts and support to Andrew. Some, like Cha, gave him food while others sent cash, and still others gave him both cash and groceries.

In his TV interview, Andrew thanked all those who helped him and called on everyone to continue helping one another and to be kind to each other. He encouraged members of the audience to continue fighting and facing challenges every day, and to never lose hope.

Andrew also called on his fellow food delivery guys to keep giving the best service to customers, while he also appealed to customers to help put a stop to prank deliveries that cause much hardship to those like him.

Papa and the monster movies

Of all the things that can happen during this pandemic, perhaps the most painful is losing a loved one to COVID-19. In the case of Anna Bernaldo, she will be celebrating Father’s Day with her mom and siblings and recalling happy days with their Papa Cesar.

She remembers her papa as a quiet but strong and very dependable person. “Whenever I need him, he’s always there. Right from when I was a little girl and until college, he would always pick me up from school and take me home,” she said.

Even when she was already working for a big TV network, Anna could still count on her dad to take her home whenever she felt she needed his company. She remembers how, during one of the lowest points in her life, her papa was the one who helped pull her through.

“I don’t have any kids, so I’m very close to my pet dogs. Dog owners would know how close we can get to our pets emotionally. They’re like our children. So when Jacko, one of my dogs–who I named after Michael Jackson–died, I fell into a deep depression while grieving.”

“When I couldn’t take the pain anymore, I called him up and told him about what happened. He came over to my place and picked me up. He brought me to the family house with him and mama. I stayed there for a week, grieving my loss.

“Papa is not the sort of person who offers words of comfort. He’s not a talker. But you know he’s there for you. Just by his presence, you feel assured. So while I was grieving for Jacko, Papa was just there.”

Anna remembers her Papa as someone who always found ways to treat her to the things they both enjoyed. For example, they both loved eating at Chinese restaurants in Binondo, something that her mom can never abide. They also shared a love for creature features or monster movies.

“He would take me to watch ‘Gremlins’ or ‘Alien’ in the 1980s, even when I was probably too young to watch them,” Anna recalled, laughing. “It was really him finding a way for both of us to bond. He found a way to keep our movie trips secret. Otherwise, my mom would object to him taking me to watch all these monster movies.”

Both of Anna’s parents were pastors in their church. After they retired from corporate life, they set up a catering business and became active in the church, leading Bible study sessions on weekends.

On March 27th, Anna’s Papa developed respiratory symptoms. He was catching his breath but otherwise, he seemed in good physical condition.

“We were concerned, of course, even though my dad seemed fine. He had already survived a stroke two years ago and recovered. Finally, we decided to get him to a hospital.”

“We waited a long while before we found a hospital willing to accept him, and for an ambulance to be arranged to pick him up. My mom went with him to the ER.”

“My Papa was fine the whole time. I talked to him to reassure him that everything would be all right and then the ambulance left. It was the last time I would ever see him alive,” said Anna.

According to Anna’s mom, her papa showed no signs of great distress apart from the difficulty breathing. He was isolated in the ER, but Anna’s mom could still peer through the cloth barriers to check on how he was. Every time he saw his wife, he would give a thumbs-up sign to tell her he was okay. |

After two days in the ER, Anna’s Papa passed away. It was quick and he didn’t seem to be in pain. Still, Anna’s biggest regret is that her father died alone, with not a single family member at his side.

“It’s so unfair, right? This disease is so terrible because it separates families even at their last moments,” she said.

Anna, her mom, and the rest of her siblings also had to isolate themselves from each other, in compliance with quarantine regulations. It was emotionally excruciating for Anna to isolate herself while at the same time grieving for the father that she loved so much.

“Every day, I would pray to God and then I would also talk to my dad. I would tell him that it felt so bad that I could not hug him one last time,” she said.

Then, a few weeks after her papa died, Anna had a dream. In her dream, she was in a jazz bar and was about to go home.

Then she heard a familiar car horn, beeping outside. She knew it was her Papa. She rushed out of the bar and saw her Papa on the other side of the street. He was standing, beaming and her, and had his arms wide open.

In the dream, there were cars on the street so she couldn’t cross right away. Anna had to wait for 2-3 cars to pass before she could run towards her dad. Then she ran, reached him, and hugged her Papa.

She woke up, in tears, but she was feeling happy as well.

“This Father’s Day, I will thank him. For everything. I’m the bunso in the family. So, as my mom tells me, I’m his favorite. I will also come clean to my mom and tell her that Papa and I watched the entire ‘Alien’ franchise when I was a young girl.”

“I am so thankful to my dad. Even when my last request was to hug him after he died, he found a way to grant my request. He found a way,” said Anna.

Many of us are separated from loved ones because of lockdowns, or because parents and relatives are working overseas. What’s important is that we don’t lose heart and realize that even as social distancing is the norm for some time to come, we can find ways to connect with our loved ones and express our love and support.

Technology has been an enabler, allowing us to bridge even great distances and connect with loved ones. Let’s all maximize the tools we have to reconnect with them as much as we can. Whether it’s through video chat, or sending food via delivery, we can maintain social bonds that are crucial to survival and mental health.

Since the start of the ECQ and through the other quarantine phases, BDO has been an advocate of staying at home whenever possible to help flatten the curve, while also keeping crucial branches open (under strict safety protocols) to serve its customers. Knowing first hand—from the experience of its frontliners—the challenges, pressures, and separations brought on by this pandemic, the BDO family realizes how even more special occasions like Father’s Day have become.

Let’s all celebrate with more feeling and fervor with the hope that one day, sooner than later, we can gather together as Filipinos are used to. Happy Father’s Day!