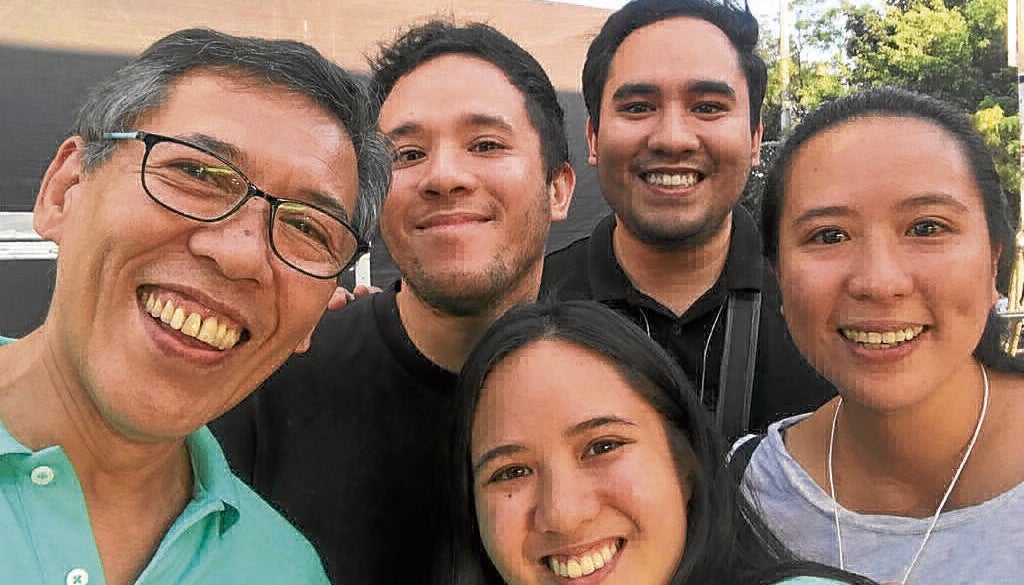 ‘Never mind if our words, songs are not heeded. They will linger in the air, and one day they will be heard’

The best word to describe our father sounds exactly like his name: Our dad, Chel Diokno, is “chill.”

His favorite pastime is reading. For a while, his favorite song was Paul Simon’s “Me and Julio Down by the School Yard”—which he would play over and over again on our yearly trips to the beach. He taught us how to ride a bike and how to play badminton. A black belter in Aikido, he trained us in deflecting attacks and breathing techniques. He also got us to meditate.

When we were kids, it would be dad’s voice that would lull us to sleep. He would make up a story, on the fly, about a brother and a sister and the adventures they had on a magical one-tree hill. (This went on for years—and is probably the reason one of us siblings became a filmmaker.)

Our dad has always been easy to talk to. In our teens, we were never afraid of telling him anything—whether it was the little matters we’d be frustrated or annoyed about or the big problems in school. We would always be free to express ourselves, and we could always count on him to listen. He would never cut us short or judge us; he would give advice but not command.

Of course, there have been times we could not understand how he could be so chill. Like the times he would sit us down and tell us, matter-of-factly, that he had received death threats because of human rights cases that he’d be handling. Or, when he was wrongfully accused of “inciting to sedition” (a charge that has been dismissed). Or, that incident a few weeks ago, when he was cursed at during a certain official’s late-night press conference.

In situations like these, we always ask our dad whether he’s afraid—because we can’t help but feel worried. And every time, he calms us down with his usual chill: He shrugs and smiles, and in his low register, explains why he must continue to fight for justice.

Now, many people are beginning to see our dad like we do. In the same way we run to him for advice, many are turning to him on social media. One Twitter user recently asked him, “It feels hopeless at times. What can we do to make things better?”

His answer, was of course, typical Chel.

“I want to share with you this reminder from my dad, which was as timely then as it is now,” he said. “As individuals, we can refuse to accept meekly the violations of our rights and those of others. We can go to law against those who trample on our rights and stand witness when the rights of others are trampled upon. We can initiate or join protests, petitions and public demonstrations against abuses. At the very least, we can publicly show our sympathy for the victims of abuse and our condemnation of the abuses. If we have a way with words, we can write about what is happening. If we have a talent for music, we can compose and sing songs of freedom; and we can always speak the truth. Never mind if our words and our songs are not heeded. They will linger in the air, and one day they will be heard.”

It has been years since we asked our dad to tell us bedtimes stories, but it’s easy to see why we still turn to our him for guidance today. He taught us that instead of giving in to anger and frustration, we can draw strength from being chill. —CONTRIBUTED