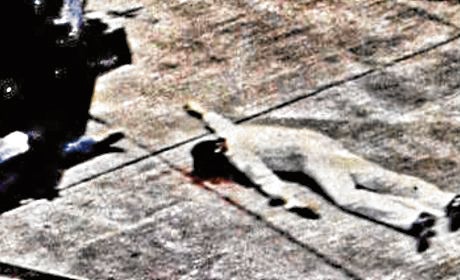 While other countries replace the generic names of their airports to honor heroes, we are doing the exact opposite

Imagine this: In a possible parallel universe (based on the multiverse theory advanced by some physicists), it was not Ninoy Aquino, but Rodrigo Duterte, a champion of democracy opposing the dictatorial Marcos regime, who was assassinated upon his arrival at the then Manila International Airport in 1983.

That event became the tipping point which led to People Power and the restoration of democracy in our country in 1986. To honor his heroic legacy, Congress renamed the site of his martyrdom Rodrigo Duterte International Airport, a move enthusiastically welcomed by a grateful nation after many years under a dictatorship.

Fast-forward to 2020. Would today’s trio of honorable congressmen, Paolo Duterte, Lord Allan Jay Velasco and Eric Go Yap, even think of changing our premier airport’s name to a generic “Paliparang Pandaigdig ng Pilipinas” (Philippine International Airport), purportedly to get rid of its bad image and give it a fresh start?

Would the three lawmakers dare justify their proposal by agreeing that “there is a need to identify the same as belonging to the Philippines,” and not to one person alone? (The Philippine Star, June 26).

Back to today’s reality, will these three gentlemen even be around to propose this obviously well-thought-out name change if Ninoy Aquino’s sacrifice did not enable the return of our democratic institutions? Would there even be a Philippine Congress as we know it today?

These questions actually point to a deeper issue—the proper understanding and appreciation of history, which sadly many of today’s generation sorely lack.

As an example, the excesses, abuses and atrocities under the Marcos dictatorship have been so glossed over, minimized, justified and even denied by well-orchestrated counterpropaganda that many of today’s young people have only a vague, sanitized idea of what actually happened in that dark era.

As for Ninoy, I was in the airport with a large crowd of welcomers when we heard that he had been murdered in cold blood immediately upon his arrival. The shock and the overflowing grief—manifested by the unending line of thousands of mourners who flocked to his home only to see his blood-stained remains inside a hastily prepared coffin—cannot be described adequately to today’s generation.

The two million people who accompanied his funeral cortege, mostly on foot, from Santo Domingo church in Quezon City, to the Manila Memorial Park in Parañaque, are an undeniable testament to his special place in the hearts of freedom-loving Filipinos, especially those who have experienced the loss of that precious freedom.

And now comes this purportedly nationalistic bill before Congress.

It is supremely ironic that while other countries take the opportunity to replace the generic names of their major airports to honor their heroes and important national figures, we are doing the exact opposite.

The long list of national and regional airports named after statesmen, heroes, artists and sports figures speaks volumes for the recognition of personal heroism and achievement.

So what’s the big idea behind taking away the name of a globally acclaimed modern hero from our premier airport and giving it a mundane generic name purportedly “to reflect the legacy of the Filipino people, our everyday heroes. The name bears no color, no political agenda”?

Does one’s ultimate sacrifice of his life for his people bear any color or political agenda? All national figures after whom their countries’ major airports are named have transcended their political agendas in serving their people, and this is why they were fittingly honored by naming the gateways to their respective countries after them.

The proposal of the three honorable lawmakers merely proves that they themselves have not transcended “political color or agenda” in giving this connotation to the present name of our premier airport. More charitably, perhaps like other members of today’s generation, they have not been sufficiently taught the value of history by their elders. This is the only thing I can say to avoid attributing an ulterior political motive to their incredible proposal.

Our country has many worthy heroes in its long history. Most, like Andres Bonifacio, Antonio Luna, Gregorio del Pilar and many others, earned this honor by valiantly engaging the enemy in battle.

But I can think of three Filipino heroes who were exceptional in that they did not resort to arms but willingly and without hesitation gave their lives for their people and their convictions:

Jose Rizal, who said: “One only dies once, and if one does not die well, a good opportunity is lost and will not present itself again.”

Jose Abad Santos (Chief Justice of the Supreme Court during the Philippine Commonwealth), who refused to cooperate with the Japanese, and just before being executed by a firing squad, said to his son, “It is an honor to die for one’s country. Not everybody has that chance.”

And Ninoy Aquino, who, after being warned not to return to the Philippines, asserted his willingness to suffer the consequences by declaring, “The Filipino is worth dying for.”

And he did die for all Filipinos, including the members of our present Congress.

A generation which ignores history has no past—and no future. —Robert Heinlein