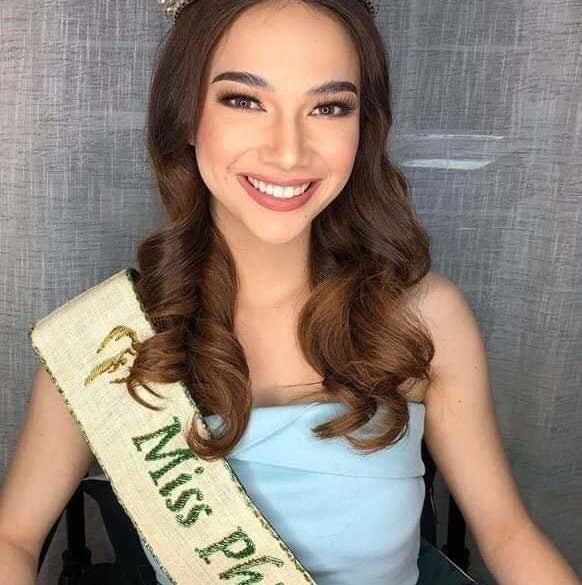 “Being a daughter of an environmentalist, I have been exposed as early as 6 years old, I do have the knowledge,” Baeyens told the Inquirer in a phone interview after her coronation.

Being attuned to nature is a trait she took from her Cordilleran roots.

Baeyens earned the responsibility of being an ambassador for the environment by besting 32 other aspirants in a virtual contest conducted by organizer Carousel Productions to adapt to the “new normal” resulting from the quarantine measures implemented to address the COVID-19 pandemic.

The contest was held via the online conferencing platform Zoom and was telecast on GMA 7 on July 5.

The part-Belgian beauty born in Baguio said the pandemic has made her advocacy on urban gardening even more relevant.

“We have a shortage of food supply. And the ‘plant, plant, plant’ program of the government gives us a bigger chance to practice urban agriculture,” Baeyens explained.

“When we grow our own food, we minimize the time we have to go out and the risk of infection. When we stay home, there’s a sense of security,” she added.

The Tourism Management graduate from Saint Louis University-Baguio said the current situation has made her even more determined to promote a more sustainable life.

But Baeyens confessed that she got discouraged upon learning that the organizers would be taking the pageant online.

“I was stuck in Mandaluyong and my family and my team are all in Baguio. I couldn’t go home because they are very strict there,” she said.

“But I believe it’s just right because safety should be the priority. And I’m happy and confident that my city and my people are well taken care of,” Baeyens continued.

She also said she feels proud that Baguio has been cited as a model city in addressing the pandemic.

The Baguio beauty said she took advantage of the quarantine to expand her knowledge of environmental issues because Miss Philippines Earth pageant “is advocacy-driven.”

She studied plastic pollution and solid waste management, “so I will know what to say.”

And because all the preliminary activities, and the final contest, were held online, Baeyens also sought assistance in making sure that her videos would have good quality.

Aside from promoting environmental awareness, Baeyens also has the responsibility of carrying the country’s colors in the Miss Earth competition and try to become the fifth Filipino woman to win the crown.

Baeyens may tap into her vast pageant experience to help her secure the country’s victory.

In 2018, she was crowned Miss Silka Baguio and went on to become the first runner-up in the Miss Silka Philippines pageant.

Last year, she was proclaimed Face of Tourism Philippines, which brought her to the Miss Tourism and Culture Universe pageant in Myanmar where she finished second.