Down but not out: How liquor makers, bar owners adapt to crisis | Lifestyle.INQ ❮ ❯ 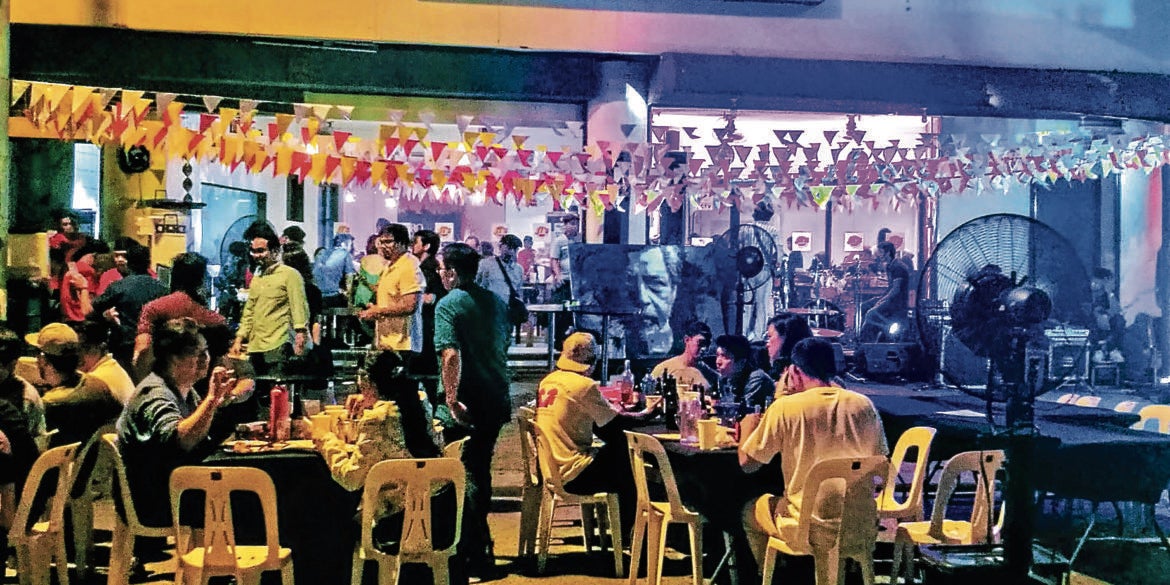 Down but not out: How liquor makers, bar owners adapt to crisis

How are the owners of bars and restaurants, as well as the head of the country’s biggest beer brand, dealing with the bad business climate?

“In the first month of the quarantine, we had zero income,” says Joel Torre, the actor who owns JT’s Manukan Grille, a chain of casual dining restaurants with 27 branches. (The company owns five outlets, 10 partnerships and 12 franchises.)

NoKal has reopened for takeout and delivery, but Viray says it makes up for only 8 percent of average total sales. “It isn’t even enough to cover the rent.”

“We are struggling to survive,” says Wowee Posadas, a musician who owns 19 East, a top live music club in Sucat, Parañaque. “We have had no income since the lockdown in mid-March. The business is hurting.”

San Miguel Corp. (SMC) president and chief operating officer Ramon Ang admits that due to the quarantine and the liquor ban in many cities, “Sales volumes (of San Miguel Brewery products) for the first quarter of 2020 went down. The situation is unprecedented.”

Destileria Limtuaco chair and chief executive officer Olivia Limpe-Aw says, “Sales have significantly dropped from March to May. Since Destileria Limtuaco has brands that cater to bars and on-premise consumption, we were greatly affected as bars remain closed and will continue to be closed in the foreseeable future. Plus, retail sales was practically nil.”

In the second month of quarantine, a few branches of JT’s Manukan opened for takeout and delivery. “It was just about 15-20 percent of our usual daily sales,” says Torre.

On June 15, when 30 percent dine-in capacity was allowed, Torre says sales picked up by 25-40 percent. “There’s a gradual increase.”

Though he has not laid off employees, who all received their 13th-month pay in advance plus additional pay during official holidays to soften the impact of quarantine, Torre says the staff are rotated at 15-day intervals.

“We haven’t laid off anyone yet, although some were placed on furlough or forced leave,” says Viray. “We’re still hoping things can bounce back eventually so we can slowly bring back our staff.”

The situation has led Viray and his business partners to tweak their operations. “Since we are labeled more as a bar, we’ve tried to pivot our businesses to focus more on food and become a restaurant. We’ve come up with new dishes and promos to attract customers for takeout and delivery.”

Posadas says although he has also advanced his staff’s 13th-month pay and facilitated the releases of cash assistance from the government, “it’s just not enough to make ends meet. We have not terminated any of our workers, but some of them have sought employment elsewhere.”

From featuring the country’s best bands nightly,19 East has shifted to food takeout. “We are offering our bestsellers at lower prices and in bigger portions. Freshly cooked dishes may be picked up as soon as 30 minutes after the order is placed. It’s been weeks since we’ve established our takeout service, but it’s been nothing short of challenging,” says Posadas.

The uncertain business climate is cause for worry and anxiety.

But Ang says, “Our attitude is to just continue working hard to help our business recover, and at the same time do our part to help the economy.

“This year, our thrust is to recover from the effects of the pandemic by adjusting our operations to adapt to the new environment and the shift in consumption patterns. We are looking to strengthen the resilience of SMB (San Miguel Beer) in the alcoholic beverage market, and at the same time pursue presence for our nonalcoholic beverage segment in profitable areas.”

Limpe-Aw—who is also president of the Distilled Spirits Association of the Philippines (DSAP) whose members include the makers of San Miguel Beer, Ginebra San Miguel, Tanduay Rhum and Emperador Brandy—says that demand for their products “has not normalized yet, as many drinkers are looking at distilled spirits as an indulgence.”

She points out, “DSAP has written to the Bureau of Internal Revenue end of May to request for the postponement of the new excise taxes, at least until we are allowed to produce again. However, we have yet to receive an official reply from the Department of Finance.”

The future has arrived

For Torre, the future has arrived. Referring to a New York Times article “The Rise of the Virtual Restaurant,” he says: “It is happening at this moment. Social media plays a crucial role on this type of venture. Sad to say, a big number of bars and restaurants will close down if it is not sustainable.”

He adds that restaurant owners have formed a group, Bounce Back PH, to pool ideas and share information on how to deal with the crisis arising from the pandemic.

But Torre believes government “should provide a stimulus package to help the (food and beverage) industry. Easing of taxes to help us recover. As for the issue of rental, the government can convince landlords to help out in this crisis. The problem is our government does not have a master plan on what to do.”