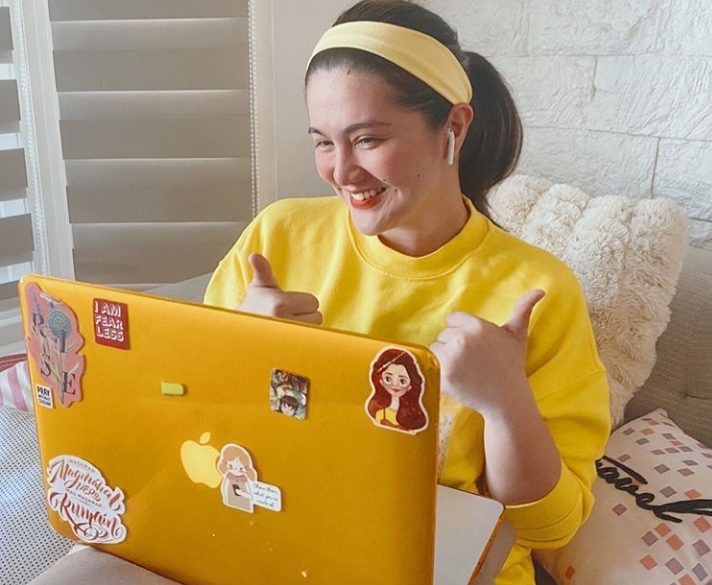 Actress Dimples Romana honored her brother Bam Romana by posting a photo on her Instagram account, which showed how he unselfishly helps the needy in his own little way.

The photo posted on Thursday, July 9, captured Dimples’ brother giving food to a kid while a female was in a makeshift bed along the sidewalk.

The Kapamilya actress shared that the photo was taken in “2014.”  She even related how her brother’s act of kindness came about.

“This was back in 2014. I was driving and he asked me to stop, laging may dala yung kapatid ko na pagkain at inumin (my brother always brought food and water with him). He would always take the time, go out of his way to help people. He is not rich. But he always had a heart ready to give and share,” she said.

Her wish resonated her brother’s eagerness to help other people.

“Sana lahat ng (Hope all) cancer warriors, senior citizens in Baclaran and all the other strangers you have helped all these years will be able to say a quiet prayer for you today. You are a real life super hero. You are a great example that you need not be rich to touch many lives. Papa would be proud. He must be watching from the heavens, smiling from ear to ear knowing he has done a great job of raising a kind, generous and noble man in you. Love, Ate.”

(You have to take care sometimes. I was chased twice.  After I gave food, many others showed up and became very unruly. When I didn’t have anything to give anymore, they became angry and started mobbing me. I ran to my car a la “Train to busan2.” They hit my pick-up.)  /ra

Dimples Romana expresses admiration for birthday girl Angel Locsin’s kindness: ‘Not once did you make me feel inferior’