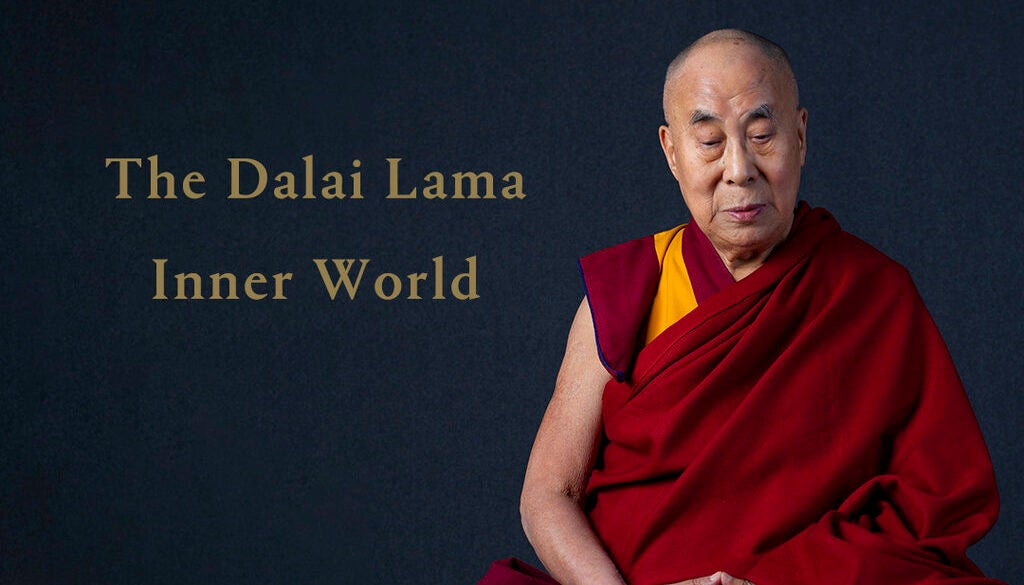 Tibetan leader’s renewed calls for ‘inner values’ and ‘compassion’ are peaceful and nonviolent exhortations, addressed as much to modern mankind as to repressive Communist China

Since this is Tibetan music, it is also Shamanic or meditative music with its use of continuous sounds, some of them natural, such as running water or fountain.

The two singles from the album are the most representative of the tracks. In “Compassion,” amid Kunin’s music, the Dalai Lama intones the famous “Om mani padme hum,” the six-syllable mantra associated with the bodhisattva of compassion. In his best-selling books, the Dalai Lama refers to the mantra as a purification on the path to enlightenment—to “transform your impure body, speech and mind into the pure exalted body, speech and mind of a Buddha.”

In “Courage,” the Dalai Lama intones another famous Buddhist mantra, “Om tare tuttare ture soha.” The mantra is said to be related to the “Mother of all Buddhas.”

In “Ama La,” Anoushka Shankar, Ravi Shankar’s daughter and Norah Jones’ half-sister, plays the sitar, while the Dalai Lama declares that compassion is best embodied by mothers. “The mother is I think the first person (to) introduce to us the value of love and compassion,” he says. “The real teacher of compassion is our mother.”

In “One of My Favorite Prayers,” the Dalai Lama declares his personal mission to help alleviate misery in the world: “For as long as space endures and for as long as living beings remain, until then may I too abide to dispel the misery of the world.”

In “Humanity,” we hear the Dalai Lama blaming violence and injustice to “a lack of human compassion . . . a lack of oneness as brothers and sisters.” He explains that a “self-centered attitude” puts “too much emphasis on we and them, (which is the) basis of killing, bullying and exploitation.” “All injustice is based on too much concept of we and they,” the Dalai Lama declares.

Toward the end of the record, he says that whether believer or nonbeliever, “we are the same human beings (who want) a happy life, a peaceful life.” This could be attained only by inner conversion. “We have to make every effort to promote through education about inner values,” he concludes.

The Dalai Lama’s renewed calls for “inner values” and “compassion” are peaceful and nonviolent exhortations that are addressed as much to modern mankind as to Communist China, which has been enslaving Tibet for nearly 70 years now.

Beijing claims it “peacefully liberated” Tibet in 1951, but this is, of course, as much hogwash as its claim of sovereignty of much of its southern waters, rejected by the International Tribunal for the Law of the Sea in 2016. Beijing’s claim of liberating Tibet flies in the face of Tibetans accusing it of religious repression and cultural genocide.

Since 2006, the communist authorities have relocated more than two million Tibetans outside of their traditional enclaves into townships, resulting in their economic and cultural displacement. They have also allowed Han Chinese to take over Tibetan territories.

International human rights groups say that Tibetans live under strict surveillance with the threat of jail or abuse for any signs of a non-Chinese identity, including possessing images of the Dalai Lama. This is much the same case in China where the communists have recently removed 500 crosses from churches and replaced Christian and Marian icons with portraits of Xi Jinping.

In Xin Jiang province, some one million Uighur Muslims and Christians have been imprisoned for their religious beliefs.

In its 2020 report, the bipartisan US Commission on International Religious Freedom (USCIRF) called on China to release Gedhun Choekyi Nyima, who as a 6-year-old kid in 1995 had been chosen by the Dalai Lama as the 11th reincarnation of the Panchen Lama, a leader of Tibetan Buddhism second only to the Dalai Lama.

The boy was kidnapped by communist authorities three days after the Dalai Lama’s anointment. He has not been seen or heard from since.

“The Chinese government is so desperate to stifle Tibetan Buddhism that it kidnapped a 6-year-old boy,” noted USCIRF vice chair Nadine Maenza, who advocates for Gedhun Choekyi Nyima as part of USCIRF’s Religious Prisoners of Conscience Project. “Unfortunately, Gedhun’s tragic plight represents the struggles of millions of Chinese believers to practice their faith in the face of an unprecedented crackdown.”