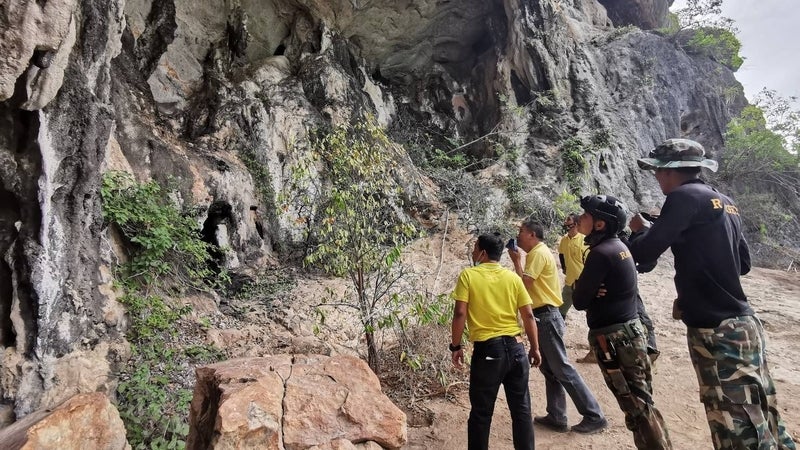 Sarayuth Tanthien, head of the national park, said he found these ancient paintings when he led park officials to investigate the Petch Pakarang Cave at Koh Talu Island in Takua Thung district.

“A new set of ancient paintings were the same as other paintings found in Phang Nga Bay and nearby areas,” he said. “We are waiting for related authorities to join our investigation.”

He added that currently there were four places in the national park where ancient paintings were found: Khao Phra At Thao, Khao Nak, Khao Raya, and Khao Khien.