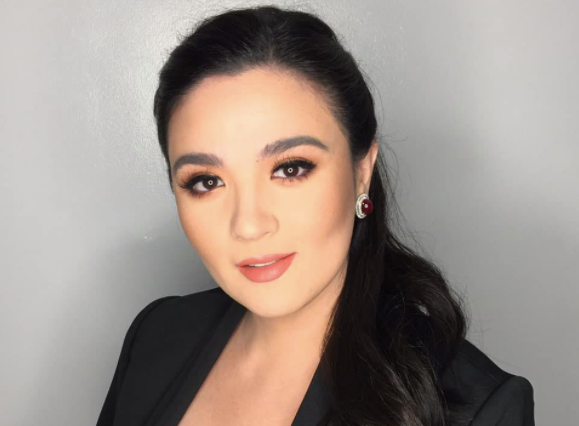 Kapuso actress Sunshine Dizon feels it is now time for her to speak up against the administration’s shortcomings which she recognizes to have caused suffering to people, at the risk of her losing friends or being bashed.

Dizon issued the statement via her official Facebook account under the name Margaret Tan, earlier this morning, Jan. 27, even before President Rodrigo Duterte delivered his State of the Nation address.

For the longest time, Dizon has been quiet and it is only now that she is being vocal about her feelings and observations. She said she opted to stay silent before because she believed that it is best to stay quiet when one has nothing nice to say. Now, she says she realizes that it is no longer right not to speak up, especially when one sees that what’s happening is no longer right.

“Marami akong kaibigan na hindi ko na siguro magiging kaibigan pagkatapos nito pero ayos lang kasi ibig sabihin hindi talaga sila kaibigan,” she said. (I know that I have many friends who might no longer stay as my friends after this, but that is OK because that would mean they are not my real friends.)

She also warned bashers not to immediately pass judgment on her.

(Before you judge me and call me dumb, like [what] many out there [do] as if they are so great and so bold about belittling their fellow Filipinos, though they have not contributed a cent for our culture and our country — yes, I am not a lawyer but I know how to read and I know how to understand.)

She said she wants to live in the country with her children, family and friends in peace, and without fear that there would be people in power who can abuse the law which is supposed to protect everyone.

(I want to live without fear that I could be suspected as a terrorist just because I spoke up or joined a protest. It is not right for us to lose our voices and our right to dissent when we already see wrong things going on.)

She added that she wants her children to grow up being free to express their thoughts, with their rights as human beings respected.

(I agree that there should be a law protecting us against terrorists but I don’t agree to a law which is unclear, and could possibly be abused in the hands of powerful people in high places, those who only want to protect their interests.)

(Everyday, the numbers of those who are sick with COVID-19 increase. Where is the concrete plan for the nation? There’s still no mass testing. But ABS-CBN has been shut down and the jobs of 11,000 were taken away. The Anti-Terror Bill was passed. What else could be done now?)

(Let’s no longer play blind. We need to fight for our freedom and our human rights.)

Dizon is one of other Kapuso celebrities who have expressed solidarity with their beleaguered fellow artists from their rival network ABS-CBN, among them being actress Jennylyn Mercado and former ABS-CBN broadcaster Atom Araullo. JB