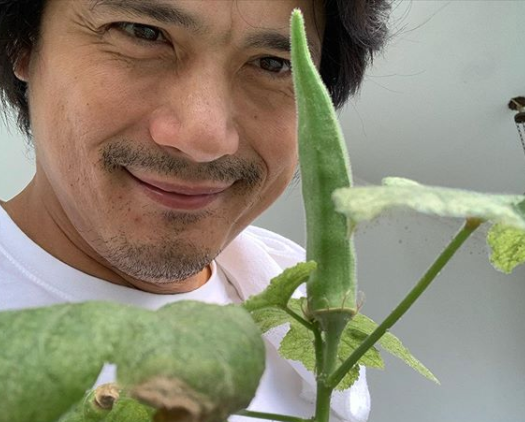 Not a few were surprised to learn that action star Robin Padilla is now hosting an agricultural show on NET 25, “Unlad Kaagapay sa Hanapbuhay”, which had its pilot episode last Sunday, July 26, 7 p.m.

The action star shared photos of his brother Rommel Padilla’s farm in Nueva Ecija and praised Rommel’s decision to go into farming, as seen in Robin’s Instagram post on July 23, reshared from Rommel’s page.

(He’s walking the talk. I salute you, brother Rommel. Fellow farmers, please follow my brother’s huge step. Let’s not wait on others to move.)

(Let’s be the ones to take action and let the really industrious ones follow, including those who are thinking of returning to farming, those starting to plant for their safety, regardless of where the world is headed in the fight against COVID-19. This is the time to be a farmer. Let’s return to the province.”

Robin, who saw his action stardom peak in the 1990s, earned the nickname “Bad Boy of Philippine cinema.” He later transitioned to a TV career, starring in various prime time TV series and talent shows. JB