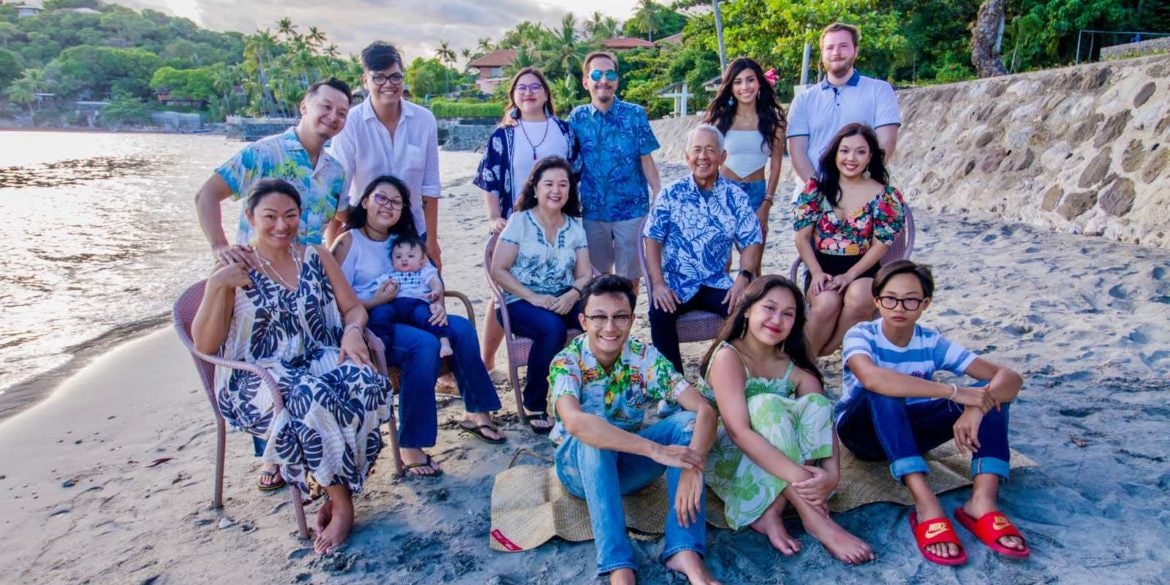 Saying goodbye: ‘The pandemic kept us together’

The year 2020 started with a bang for the Yasays, led by patriarch Perfecto “Jun” Yasay. On the first weekend in Tali Beach, our daughter Stephanie received a marriage proposal from childhood sweetheart and classmate from the Hun School of Princeton, Gabe Csapo.

What a joyous occasion, with the entire family in attendance! Immediately, plans were set for a January 2021 wedding in San Francisco.

Next item on our travel agenda was a road trip to Arizona to visit its renowned national parks, in an effort to check off items on Jun’s bucket list. So, on March 5, I left for San Francisco, expecting him to follow by March 20.

Jun’s first quarter was busy with golf tournaments: the Alabang Mango Tee in January, the Southwoods Invitational in February, and the Corporate Cup in Camp John Hay in March. He and partner Joe Jalbuena even managed to win the Southwoods Invitational as Champion, Division 5! The agreement was that after attending to some business commitments, he would join me in San Francisco.

Then the (new coronavirus disease) COVID-19 started to spread to pandemic proportions which would change our lives dramatically. I returned on the last scheduled flight out of San Francisco on March 22, wearing full personal protective gear. My mandatory quarantine at home allowed me to binge on K-dramas in the guest bedroom, in between Zooming with friends for Bible study.

With just the two of us at home, Jun and I enjoyed each other’s company. I noticed that he was not his usual sprightly self, as he complained about pain in his right hip, which he claimed to have developed due to lack of exercise from his regular golf games. (Yes, Jun was not just a lawyer, he sometimes felt he was a doctor, too.)

As the pain became unbearable, he agreed to go for tests in mid-April and it was discovered that his thyroid cancer had recurred and had spread. Little did we know that the next two months would be his precious last days on earth.

And the pandemic kept us together—no visitors, no outside activities.

We reminisced a lot and talked about everything under the sun, including his living will. He actually did not want any more medical interventions and argued that God had already blessed him with 10 more years, since his first cancer was discovered. While I haggled for other procedures, like breathing and feeding assistance, DNR—do not resuscitate—was nonnegotiable, he said.

And we also even talked about funeral arrangements. Clearly, he wanted simple rites, surrounded by people he loved—his family and close friends only.

June 8 was the last time he would be conscious—and I thankfully was able to gather the whole family via FaceTime. I stayed longer after that visit to reassure him that I would be by his side to the end and felt the Lord guiding us through this process.

Two days later, a day before my birthday, Stephanie arrived from San Francisco and when we visited her dad the next day, she told me to let go. It was enough that he not only met Gabe, but also spent a lot of time with him, and grew to love him like his own son. He did not need to be there to walk her down the aisle, Stephanie said. He was there for the more important moments. So I stopped hoping for a miracle, and let go . . .

He left us early the next morning, June 12, Philippine Independence Day. While the children and I were crying inconsolably, I found myself also feeling relieved that I would no longer see him in so much pain.

By noon, we had organized a Mass for him, followed by cremation, bringing home his ashes in the afternoon. The nine-day novena was organized via Zoom so all the family could participate. And on the ninth day, he was inurned. What a blessing that I was with him till the end, and that I could arrange his final resting place, all within a few days.

All of Jun’s wishes, especially for the funeral, could not have been implemented had it not been for our “new normal.” It was as simple as he had wanted it to be. And to include especially our children and grandchildren abroad, we decided that each one would share one’s messages to Jun and this would be compiled for the memorial service.

Only those who were really close to him took the effort to participate. His roommate and friend, President Duterte, sent his message wearing just a T-shirt, without the presidential seal. The other Cabinet members and government officials joined the tribute because of a personal relationship, not an official one. (The tribute can still be accessed in YouTube and Perfecto Yasay Memorial Facebook page.)

The recurring message is that Jun lived his life uncompromisingly, with so much love for his family, his friends, and the country. He also had unwavering faith in the Lord and this was what helped him through the most difficult trials—the battles against corruption he fought as a government official, and his cancer.

I feel so blessed to have shared this earthly journey with him and to have experienced firsthand the positive impact he had on the lives of those who knew him, especially the children in our blended family—Oliver, Raveena, Nino, Richie and Stephanie.

As we said goodbye to him, the verse that resonated most to describe his life was from 2 Timothy: 4:

“I have fought the good fight,
I have finished the race,
I have kept the faith.”

COVID-19 made Jun’s passage to eternal life more meaningful, more poignant. There was a lot of silence, time for introspection, and more time to look inward without the noise from the outside world.

To sum it all up, we have come out of this situation with the realization that we have very little control over anything—life, love, loss—and that the world can dramatically change in a short period. We need to savor each moment, without being caught up in frustration and unhappiness. —CONTRIBUTED