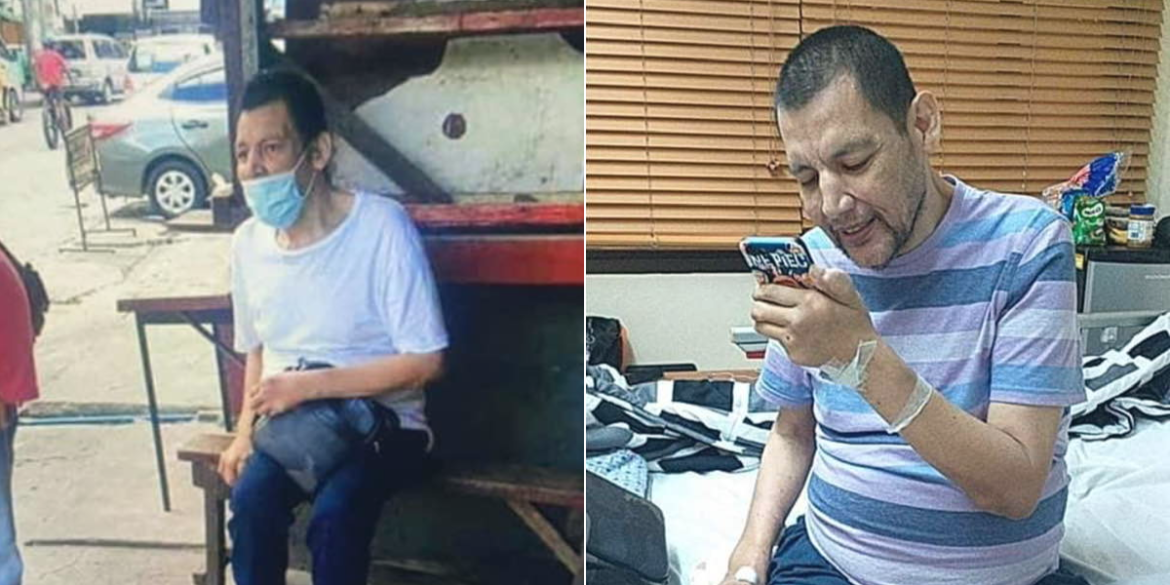 Posting a picture of the actor sitting on his hospital bed and tinkering with his cellphone yesterday, Aug. 10, on her Facebook account, Amoyo is happy over the actor’s “big improvement”.

“We’re so happy sa malaking improvement ng actor na si (with the big improvement of actor) John Regala since he was rushed to the National Kidney and Transplant Institute (NKTI) late Tuesday afternoon,” Amoyo said on her Facebook post.

Amoyo noted how the actor is now able to “eat solid food” and can sit upright.

“Although he can’t stand and walk by himself yet, nakakaupo na siya at nakakain kahit pakonti-konti ng solid food,” she said. “In a couple of days ay inaasahan na namin siyang up and about at puwede nang umuwi.”

(Although he can’t stand and walk by himself, he can now sit and is gradually eating solid food. In a couple of days, we expect him to be up and about and be able to go home.)

The veteran writer shared that Regala has rekindled ties with his “biological son in the US”.

Fact is, “in this picture taken a few minutes ago, he is happy talking with his biological son in the US, John Paul Kieffer from his ex-wife Au Alvarez Manansala/Hunt, now married to an American guy Stephen Hunt.”

She also said that the actor’s ex-wife has been “helpful” after finding out about his health struggles.

Amoyo, together with actors Chuckie Dreyfus and Nadia Montenegro, opened a crowdfunding campaign for Regala’s medical expenses after he was found in need of help by a delivery driver two weeks ago. Among Regala’s health conditions is liver cirrhosis.

An update on the crowdfunding page from Sunday, Aug. 9, stated that Regala still has a “long road to recovery.” NVG