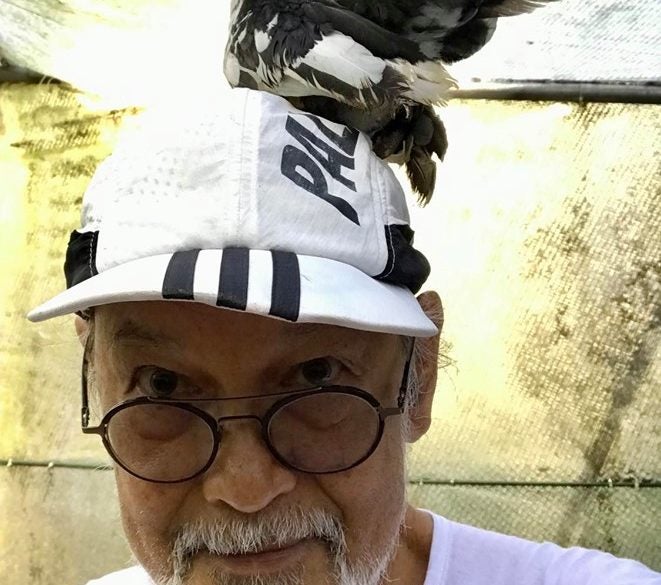 The National Artist is no stranger to seclusion and to farming

One could think of worse ways to be locked down than in the peaceful mountain retreat that lies just beyond the BenCab Museum in Tuba, Benguet.

The dawns are serene and the sunsets glorious in the National Artist BenCab’s own slice of heaven on earth, a thickly forested mountainside overlooking a river valley.

The line by the 9th-century Chinese Zen poet Chia Tao (later made famous by philosopher Alan Watts) seems an apt description, especially when the fog rolls in after the rains, shrouding the features in mist.

“Our early morning walks around the BenCab Farm & Gardens are a form of meditation,” muses the artist.

“I like feeding the ducks and koi in the duck pond and the different varieties of chickens in the chicken coop. Watching water flow from the waterfall into the river is calming and soothing. Crossing the hanging bridge and hiking up the forest trail for shinrin-yoku or ‘forest-bathing’ allows one to soak in the atmosphere, and is relaxing and destressing.”

The grounds, of which the museum forms only the most visible part, is actually a working farm, planted to various crops including the arabica and robusta coffee beans that BenCab harvests, roasts and serves the patrons in the museum’s Café Sabel as the now highly sought after BenCab’s Brew.

Amid the trees, many planted by the artist himself, stand a few manmade structures that blend with the landscape: Ifugao, Bontoc and Kalinga traditional houses, and a gazebo that sits serenely in the middle of the duck pond.

The last feature is especially poignant since it has been named Elisar’s Island Gazebo, in memory of the artist’s eldest son, who passed away last July after a four-year battle with cancer.

As a painter, BenCab is no stranger to seclusion, even before the current pandemic.

“You really isolate yourself when you’re painting,” he says. “You lose track of the days.”

That happens less now that the museum has reopened, though there are far fewer visitors now than the throngs that used to crowd the galleries pre-new coronavirus disease.

The art scene is gradually stirring back to life. BenCab is preparing for a joint exhibit with Ronald Ventura at Secret Fresh Gallery this October. It should be an epochal event, though there’s no telling what that might be like in the new normal.