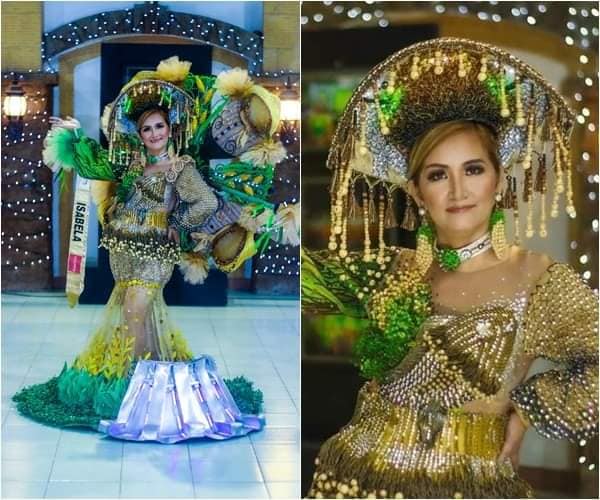 MAKATI CITY, Philippines — The 2020 Mrs. Queen of Hearts Philippines pageant has announced the candidates which topped in each of the categories in its series of virtual preliminary competitions, with the delegate from the Province of Isabela leading the pack.

Joybelle Corpuz Portabes was among the leading aspirants in a total of six categories—People’s Choice, Social Media, Best Advocacy, Best in National Costume, Best in Talent, and Introduction Video.

Right on her heels are the representatives from Quezon City and the Province of Maguindanao, each leading in five categories.

Cavite’s Ivy Diana Manzon-Bo, and Ilagan City’s Joanna Krisanta La Madrid both made it to the leaderboard in three categories.

Teodora Pizarra Albuquerque of Marinduque, Darling Topacio Edralin of Misamis Oriental, Lalaine Federizo of Valenzuela City, Heraldine Cuanizo Barcena of Bicol, and Annette Mendoza of Pampanga each got two citations, while Glove Tasico of Batangas and Catherine Flores of Ilocos Norte got one recognition each.

MMG Queen of Hearts Foundation President Mitzie Go-Gil told the Inquirer in an online interview that her international partners had assured her that the global competitions slated in 2020 will push through before the year ends.

She said holding virtual preliminary competitions was the “best solution” because “we can’t put the pageant on hold, so we had to do it without violating any government regulations.”

Go-Gil said the foundation’s board has also decided to conduct an actual finals night for the candidates, “but it will depend on the improvement of the present [COVID-19] situation.”

The pageant’s winners will automatically become members of the foundation, she added.

“The candidates agreed to support the foundation’s advocacies. If we cannot do our missions as a group, they may do it individually within their spheres of influence,” Go-Gil continued.

She herself is an international titleholder, bringing home the Mrs. Asia Pacific Tourism crown in 2018.

One of her 2019 queens, Avon Morales, bagged the Mrs. Asia Pacific Global title in Singapore.