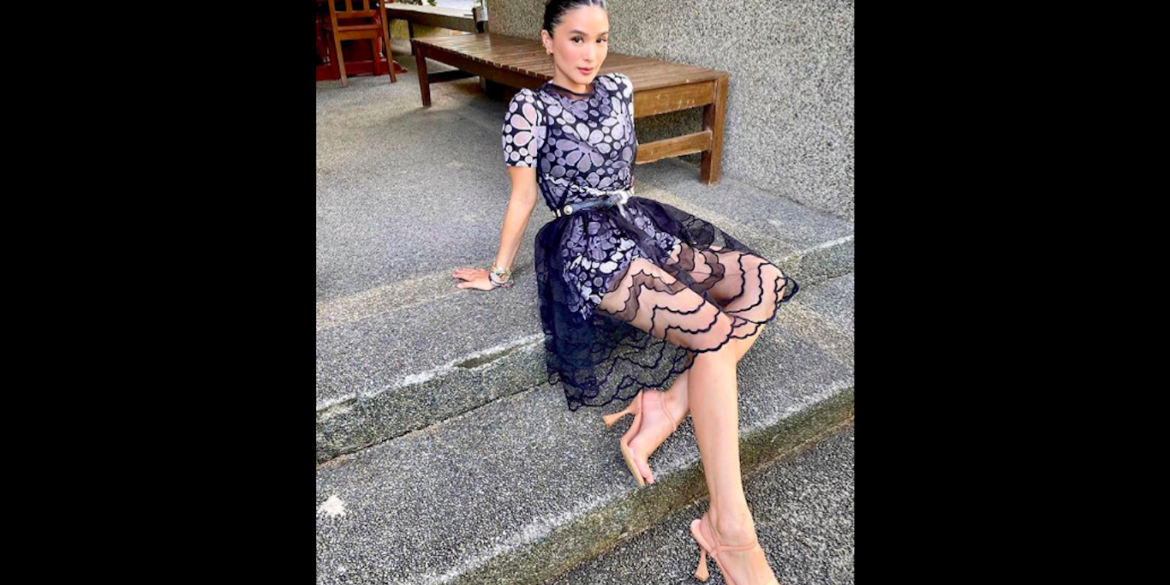 Fans and onlookers were pleasantly surprised when actress Heart Evangelista unabashedly displayed her latest acquisition from an ukay-ukay in Sorsogon — a fashionable see-through blue dress.

“Ukay-Ukay shopping: Sorsogon edition. I competed this look for only P270! I vlogged about this whole experience so watch out for my Youtube upload,” she said in her Instagram post on Aug. 15, while wearing her find.

Her fans and social media followers were so impressed with it. The dress was to them a classy item, and the actress was able to pull it off in style despite the very cheap price.

Comments ranged from fans asking if the price was really that low, to those who remarked that she will always be chic even if she’s wearing a bargain dress.

Even celebrity host Tim Yap was impressed with Evangelista’s look, saying, “Wow! I was gonna ask who the designer of the dress was.”