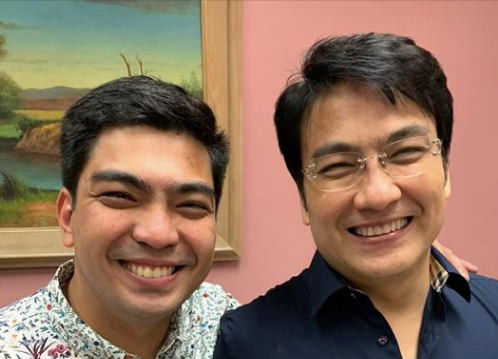 Cavite Vice Gov. Jolo Revilla has turned to prayers as he wished for the speedy recovery of his father Sen. Ramon “Bong” Revilla Jr. from COVID-19.

The prayer which the vice governor shared with his fans and constituents was posted on his official Facebook page, Aug. 18.

It came days after his father was confined in a hospital after being infected with the novel coronavirus. Along with the prayer, Jolo posted a photo where he is with his father.

The prayer was not only for his father but also for those who are suffering from the same disease, and for the frontliners who brave the risks of possible infection.

(Lord, You are our pillar and the source of our strength to defeat the biggest challenge of our time. We are lifting to You our country, all our countrymen and those who are suffering from COVID-19.)

(With your holy blood, shield our frontliners so they will be able o fulfill their duties without putting their own safety at risk.)

Likewise, he prayed for those who are struggling with the disease so they may recover fast and be home with their families. Lastly, the young politician specifically prayed or his father’s recovery.

(We are also raising to You the speedy recovery of my father, Sen. Ramon Bong Revilla, Jr.. We have complete faith that You will not forsake him and that You will make him recover, so he may be with us again and his constituents.) JB