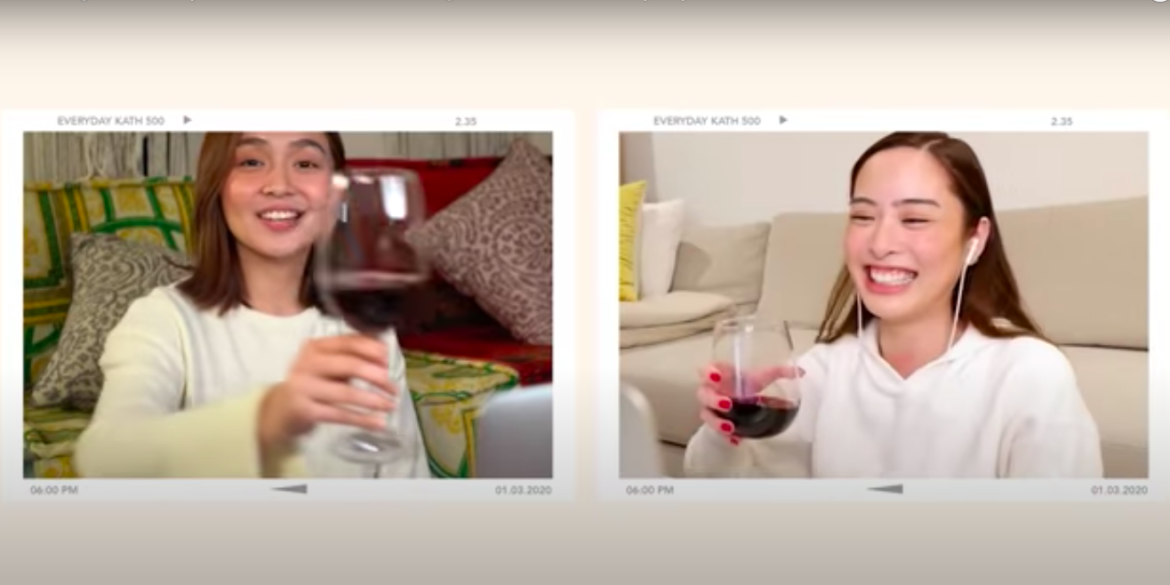 The day Daniel Padilla got mad at a drunk Kathryn Bernardo

Is it even possible that the loving tandem of Kathryn Bernardo and Daniel Padilla ever had a day of quarrel? Apparently, just as other couples do, yes. Sort of.

Bernardo indeed got her boyfriend and on-screen love team partner seriously irritated after he saw her getting drunk in one occasion.

She recalled the incident in her latest YouTube vlog episode, “Virtual Wine Night with My Best Friend”, released Aug. 24. The episode had Bernardo and her best friend from Melbourne, Arisse de Santos, recalling their happiest and wackiest moments through photos.

They recalled that one time, while they were on a short vacation in El Nido, Palawan, Bernardo and de Santos decided to have a wine night. The two consumed more than what they could take, which resulted to them getting easily drunk.

(We had three bottles. It was so strong, the wine was so strong. Arisse and I were the only ones drinking… that’s why we collapsed. [Daniel] wasn’t there because he went back to his room.)

While in their pajamas and intoxicated, Bernardo and de Santos jumped into the pool.

(So, while in our pajamas, Arisse and I jumped into the pool. We don’t know why we jumped. The next day, staff there at El Nido were so surprised and they were laughing, “Nah, those were the two drunks last night.”)

(Yeah, we jumped while in our pajamas, then I saw DJ, he was running and headed to us. He was very angry. Then he reached for me (and said) “What is this?”)

Bernardo explained that Padilla does not particularly like it when she gets too drunk.

(DJ just does not like it when Arisse and I get drunk. It’s OK with him that we drink, but the thing is, when I and Arisse are together, we always exceed the normal levels.)

She and her friend then reasoned that this only happens because they rarely get together anymore, especially since her friend is already based in Australia.

Call him conservative, but DJ’s concern for Kathryn may just be the reason why he sure does have the approval of Kathryn’s dad. In a previous episode of her vlog, Bernardo’s dad credited the actor for his respectfulness and good intentions for her. JB