‘Kobe taught us to be better’—and he still does | Lifestyle.INQ ❮ ❯ 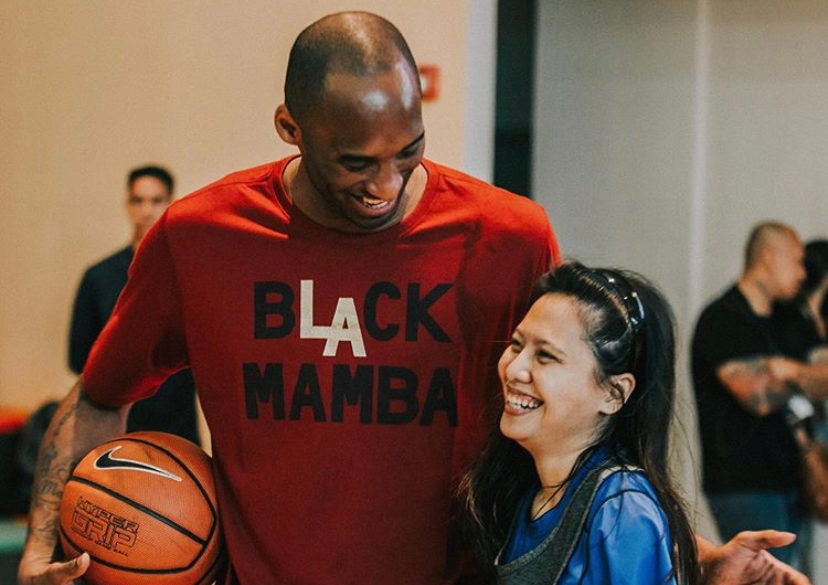 ‘Kobe taught us to be better’—and he still does

“Kobe taught us to be better,” rapper Kendrick Lamar narrates in the new Nike film, “Better,” a tribute to Kobe Bryant and his legacy on and off the basketball court.

This was a sentiment echoed by Filipino athletes during a virtual event that was part of Nike Philippines’ Mamba Week, which started Aug. 23, on what would have been Bryant’s 42nd birthday.

“It’s about being a little better every day in everything that you do, down to the very last detail,” Ramos said. “It doesn’t matter what you want to be better at—sports, school, work, being a teammate, a writer, a father, a daughter, a son, a mother, a listener, just a better human being, in general. Be better today than yesterday, and then repeat.”

Guests Kiefer Ravena, Jimmy Alapag, Camille Clarin and Kat Tan talked about their favorite memories of Bryant and how he continues to inspire them.

“I know that you’re someone who has a Kobe story for each phase of your life. There’s a photo of you with Kobe as a child. Your bond started from the time he could actually still physically carry you,” Ramos said to Ravena.

“From the get-go, watching him play, growing up, trying to follow his game, watching his highlights and just really being a student of Kobe’s game…

“The last time he was here, sa Araneta [Coliseum], nakita talaga how Filipinos really loved and respected Kobe and how he had touched lives in terms of his game and his impact on the sport—sobrang ibang klase talaga. Having his mindset na hindi natatakot matalo, being fearless. Winning and losing, it’s always part of life, merong mananalo, merong matatalo… pero kung sino yung babangon, sino yung lalaban, sino yung willing to go through it over and over again, yun talaga yung makakakuha ng championship or whatever they want in life.

“You know, just seeing his banner up there in Araneta even up to now na naglalaro kami sa PBA is just amazing. You know that he’s there with you guys every time you play. Yun ang pinakaimportante—bawal matakot. It’s the willingness to go through that grind over and over again and keep getting better and better every day.”

“The journey has been great. It’s definitely a big adjustment to play here versus in the States, but I’m just trying to apply that Mamba mentality, you know, get better every day, trying to apply that game, adjusting to the style of everybody here and kind of fitting in that mode that they want me to be in.”

Ramos asked her about the difference she’s made in the growing women’s basketball scene in the Philippines.

“Individually, I feel like I contribute a lot more off the court. I’m very vocal. I speak out about all the issues I possibly can, and gaining that attention helps gear it toward all of my teammates.

“I think, as a whole, the biggest thing we’ve done is, we’ve allowed for future generations to gain those pillars and see that their dreams are within reach and help them stir that passion because there hasn’t been as much support, you know. We all know that that was kind of Kobe’s second act, helping his daughter get through that game, giving her the main role in the basketball world.”

“It was such a unique situation having Kobe here in Manila in 2011,” said Alapag. “During the NBA lockout, I got a chance to play with him when I was a late addition to Gilas 1.0. Just going to the game and being out there and competing against one of the best to ever play the game, and getting a chance to talk to him a little bit afterward—we were just kind of laughing and joking.

“You could see just how much he paid attention to detail in a game that wasn’t an official NBA game. It really, really stood out for me, and shows his work ethic.”

Ramos added, “How many of us here in the Philippines can actually say that Kobe came up to him and said, ‘I know who you are, I’ve watched your game. You’re not gonna catch me on one of these drag screens, or you’re going to pull up from three from five feet from behind the line.’ That’s equal parts competitiveness and also one of the greatest compliments I’m sure that a player can receive.”

“My Kobe moment came when I was lucky enough to meet and interview him,” Ramos said.

“Before and after the actual program, we were talking and I showed him my ‘60’ tattoo. I had a ‘60’ tattooed on my hand right after he scored 60 points in his very last game and when I showed it to him, he tried to rub it off because he thought it was fake.

“He jokingly said, ‘This is the dumbest tattoo I’ve ever seen.’ And then when he was on his way out, he asked me for the Kobes that I was wearing and signed them. He wrote something on there, and I was so overwhelmed that I didn’t get a chance to look at it but he wrote a note on it, gave it back to me, and he had written down ‘60 all day.’

“As a professional fan and as someone who sucks at the actual game, just the fact that he’s able to take an accomplishment of his and one of his pillars and relate it to what I do… He said, ‘I went for 60 on my very last chance at it, my very last game, I went for 60. That’s what you should do, day in, day out… Just go whatever the equivalent is of going for 60 points at work, just go for it.’”

Tan’s most memorable moment with Bryant is immortalized on video.

Tan was part of the Kobe Academy Tour that was held during Bryant’s 2016 visit to Manila. Twenty-four young players got the chance to be trained by Kobe in what they call “the toughest training camp in the world.” At the end of it, Bryant had one final challenge for the group. “I need one shooter out of all of you,” he said.

That shooter would have to make a three-pointer from above the free-throw circle.

It was Tan, one of the few girls in the group, who stepped up to the task. Now known by everyone as the “One-Armed Mamba,” she lost her arm in a carnival ride accident at a school fair. But that hasn’t deterred her from continuing with her passion for basketball. And that didn’t stop her from facing Bryant’s challenge head on.

Bryant said, “It’s one shot. If you make it, you don’t have to run. If you miss it, everybody runs the 17s. The worst part is, if you miss it, they run, you watch.”

He also gave her another option: “You can choose not to take the shot, and it’s fine.”

Of course she took the shot. And she made the shot.

Tan pumped her fist in the air, and Bryant lifted his hands to the heavens before approaching Tan and saying, “Bring it in, baby, bring it in!”

She recalled the moment she made the shot. “In the words of Kobe, it was amazing,” she said. “It was really an amazing moment. It’s not every day that I get a chance to to meet my idol, more so showing him my game. When I had that opportunity to showcase my skill, I knew I had to activate that Mamba mentality. I was up for the challenge, I had to be confident and I just believed in myself that I could do it. I’m glad that it went in when it mattered the most. It was a really special moment because it’s meant that all the years of hard work really paid off.”

Ramos said that he heard Kobe describe the moment as “the most amazing thing that’s ever happened to me in basketball.”

“With everything that has happened in my life, I just really had that inner drive to be better at whatever I do,” said Tan. “I just keep on pushing myself beyond my limits, I keep pushing myself to be better every day. With Kobe, it’s not rocket science. He lived on a constant quest to be better today than yesterday. Even if every day you just make little improvements, it all comes up with you being a lot better in the end.

“Kobe has been and will always be a big chunk of what inspires me to do what I do and doing even more.”