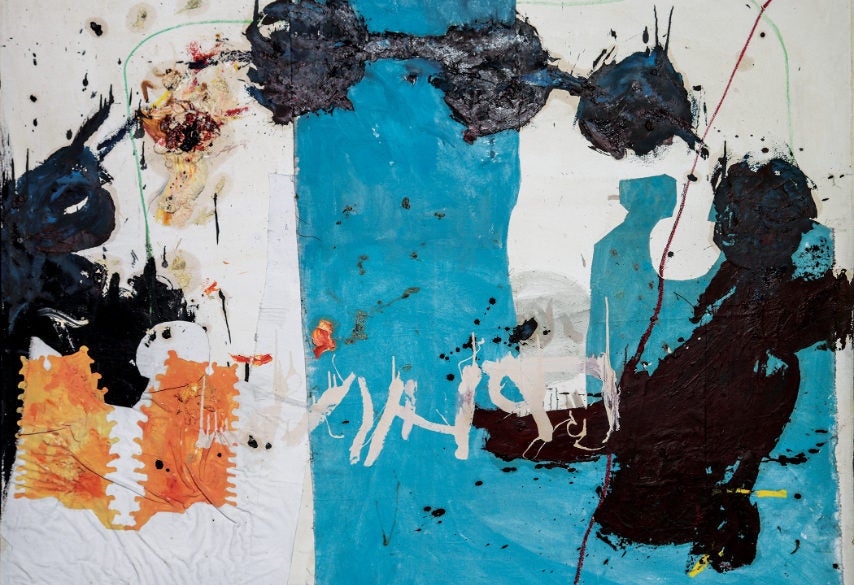 Lee Aguinaldo’s iconic “Linear No. 98” and “Linear No. 99,” which were the Philippines’ representative pieces to the 10h Sao Paolo Biennale in 1971, are among the highlights of León Gallery’s Magnificent September Auction 2020, on Sept. 19, at 2 p.m.

Aguinaldo would receive rave reviews from critics, including the influential Alice M. L. Coseteng who wrote, “His paintings are actually the painting of light. His two-dimensional surfaces reflect light as they glow in brilliant tones or opaquely subdued. As an artist, Aguinaldo has to be given credit for the painstaking care and patience with which he has painted and composed his colors to capture the glow, the reflection, and the change of light as if on the slick and glossy surface of a car fender.”

The inclusion of Aguinaldo’s celebrated works for the Brazilian art powwow in the auction is one of the “exciting developments” in the general auction scene, according to Jaime Ponce de León. “We’re seeing a ‘flight to quality,’” he noted.

“Another interesting development,” Ponce de León added, “is the growing rediscovery among collectors of abstract art.” Several masters of this intriguing form of expression are represented in the upcoming September auction to feed this renaissance.

Fernando Zobel, Aguinaldo’s friend and mentor, is also among the featured artists. The master artist’s signature minimalism presents a serene sense of order and simplicity, which is seen in his subdued, elegant masterpiece, “La Fuente (Seville).” This work, shows Spain as Zobel’s artistic muse, painting the essence of its charming skies and landscapes in its pared down, most abstract forms.

Another work by Danilo Dalenafrom his most sought-after series named “Jai Alai”—writhes with the voluptuous, drenched bodies of that twilight world. The artist would legendarily trawl the sport’s colorful environs with partner-in-crime, renowned writer and National Artist for Literature Nick Joaquin.

On the opposite philosophical end, Lao Lianben explores how the fluid element, a vital foundation of Zen Buddhism, relates to the human soul in his work “Water.” The viewer is invited to a hypnotic experience of movement and flow of time—a call for meditative silence apt in present times.

Also included in the roster is National Artist H.R. Ocampo’s “Putungan,” which reveals his attention to interlocking shapes, hues and textures in his canvases. The works by Ocampo, haired the Father of Philippine Modern Abstraction, capture the Philippine tropical lushness and serve as a mesmerizing response to his surroundings.

Bernardo Pacquing’s major abstract works are another highlight. “Untitled (Human Skeleton Series)” reveals his radical explorations on the expressive possibilities of Abstraction and incorporating forms drawn from found objects and nature in his pieces. 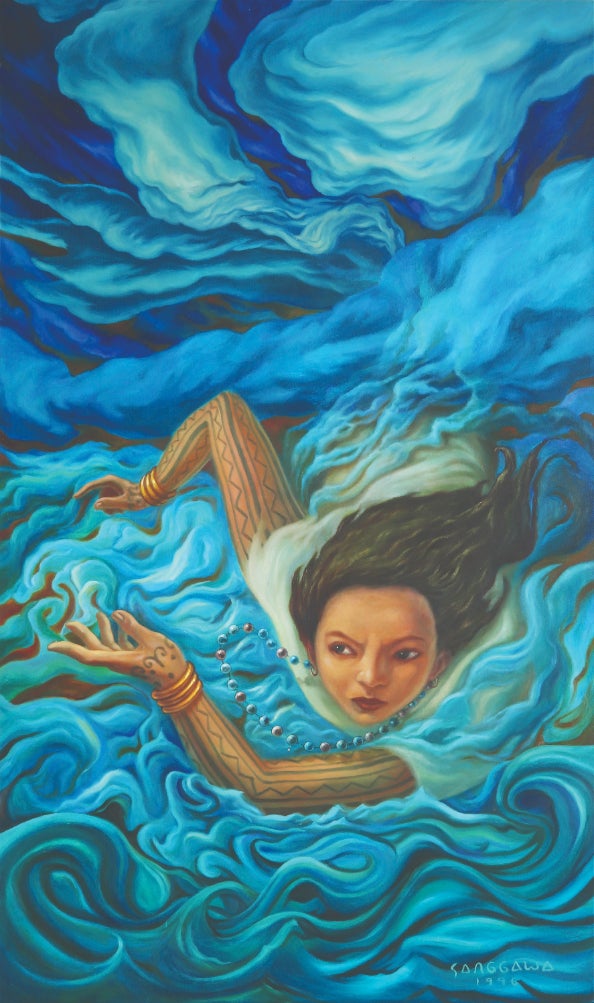 Kidapawan-born Emmanuel Garibay is represented by the thought-provoking “Kamalayan,” a reflection on the complexities of Philippine society. A renowned visual storyteller, he welcomes interpretations and perspectives in his contemplative and striking works.

A defining voice in the contemporary art scene, auction darling Mark Justiniani is one of the featured Filipino artists who represented the Philippines in the last Venice Biennale. “Tila” reflects his distinct world view of “magical realism” elements.

Another highlight is a mural-sized symbol-laden triptych, “Balud Kag Daguob (Waves of Thunder),” by the famous Filipino art collective Sanggawa. Composed of Justiniani, Elmer Borlongan, Joy Mallari, Karen Flores and Federico Sievert, the artist movement took upon a popular Visayan creation myth in rendering a captivating form of commentary the group is lauded for.

Renowned Cebuano artist Romulo Galicano is also drawn to the beauty of another country, France, painting its gardens and porches with flowers in full bloom. “The Porch of Monet’s Home” is reminiscent of sun-lit days in Giverny and the French impressionist Claude Monet whose style is admired by Galicano.

Annie Cabigting recreates our fascination for detachment and watchfulness in her “Composition in Black and White (Painting 1).” —Lito B. Zulueta INQ

The León Gallery Magnificent September Auction 2020 is another collaboration between the country’s leading auction house and ANCX.ph, the lifestyle website of ANC, the ABS-CBN News Channel.

The online catalog as well as register to bid are on leon-gallery.com. Auction will be at the León Gallery’s Eurovilla I sale rooms on Palanca and Rufino Streets, Makati City. Tel. 8856-2781; email [email protected]