If you're looking for 'the one' through chatting, Jolo Revilla says this to you: Pray and get real | Inquirer Lifestyle ❮ ❯ 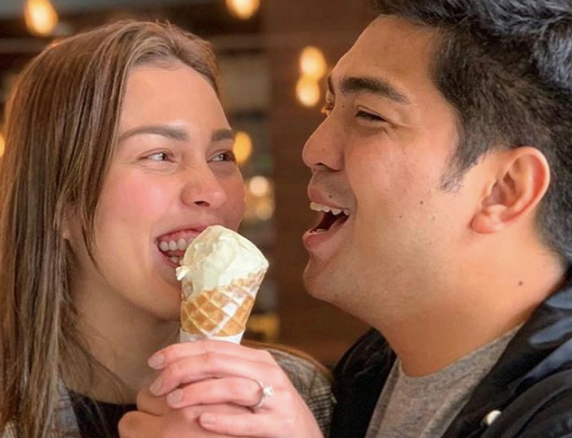 If you’re looking for ‘the one’ through chatting, Jolo Revilla says this to you: Pray and get real

Cavite vice governor and actor Jolo Revilla has taken a break from updating his supporters with COVID-19 matters by delving into a topic he deems millennials like him are interested in: finding “the one.”

Revilla observed that millennials like himself get involved in online discussions a lot during this time of the pandemic, but even more so he says when the topic is about romance and finding forever.

(There are many of us who are so career-driven for family and their dreams. As to the younger generation, now that they’re not able to go out, they anchor their hopes on looking for their “forever” from those they chat with, then they cry when they are ghosted.)

With this, Revilla offered some advice on how to look for “the one.” His first tip is prayer.

“Ipagdasal mo siya. Marami sa atin ang inuuna ang paghahanap ng tao tsaka ipagdarasal na sana ‘siya na,'” he said. (Pray for him/her. Many of us would look for the person first then pray that this person be the one.)

It should be the other way around said Revilla, who believes that God will be the one to appoint the right person for everyone. He also believes that one should pray for the right time of when to meet this person. This is what he prayed for until he met the woman he loves and married, he said.

“Mahalin mo ang kanyang kabuuan” is his next tip. (Love your partner’s totality.)

Revilla revealed that he had no “ideal girl.” He recognizes that everyone has strengths and weaknesses which we must be ready to accept. What’s important is partners are anchors of each other, he said.

“Mas pahalagahan ang kalooban kaysa panlabas na kaanyuan” is his third tip. (Give importance to what’s inside instead of what’s outside.)

In time, physical beauty will fade, according to Revilla. What will not fade is one’s faithful and true love for someone which will last a lifetime.

Revilla believes many people think that love is as fast and as sweet as those depicted on screen. He said hard work is needed especially should a time come that the relationship faces challenges. That, he says, is what commitment is all about.

Lastly, he said, “Pinakamahalaga sa lahat: Katapatan.” (The most important thing of all: honesty.)

Revilla thinks that if you already have a boyfriend, you should avoid even chatting with another woman. If you were given to the right person, learn how to be contented and true.

(Remember: true love knows no pandemic. At the signal of God, when it’s time, he will come into your life. From that moment on, you will never be alone.)