How Chynna Ortaleza got to see Lady Gaga in Manila: Thanks to a Narvacan gig and a 'twist of fate' | Inquirer Lifestyle ❮ ❯ 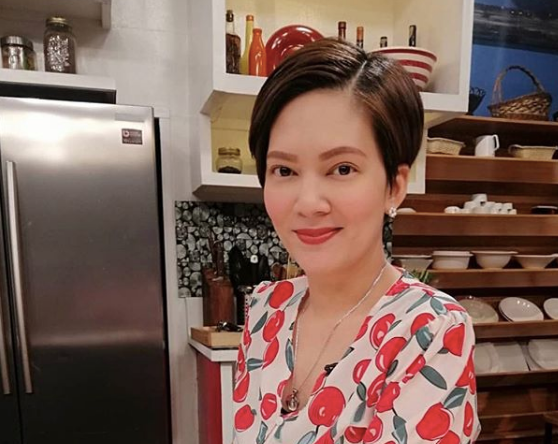 How Chynna Ortaleza got to see Lady Gaga in Manila: Thanks to a Narvacan gig and a ‘twist of fate’

Actress Chynna Ortaleza would never forget that happy moment when she was able to watch her idol Lady Gaga perform live, and from the front row, unexpectedly.

Ortaleza recalled how she was smitten not only by Lady Gaga’s “Poker Face” performance but also by the international pop star’s cause, as per her Instagram post yesterday, Aug. 31.

The actress revealed how she has become an avid Lady Gaga fan as she showed a photo of her idol while in concert in Manila, another photo of Lady Gaga drawn in an outlandish outfit, and a screenshot of the singer’s Twitter account which showed that she’s following Ortaleza.

“From the time that Poker Face came out I was taken by her. But it only got deeper when I started hearing her speak. Her message [and] her cause was more than enough to make me root for her,” she said.

Lady Gaga was immensely victorious at the recently-concluded 2020 MTV Video Music Awards, where she won Artist of the Year, Song of the Year and the MTV Tricon award, among others. Ortaleza thus paid tribute to her idol by sharing the story she hasn’t told anyone yet about her “Born This Way” concert experience.

“I’d like to share one of the decent photos that I managed to take on Day 2 of the Born This Way Ball in Manila. I didn’t have a regular show so I traveled to Narvacan to take on a singing engagement just so I could buy tickets to Day 1 of the show (only for Lady Gaga)” she narrated.

All that Ortaleza was able to buy was a general admission ticket for day two, but out of a “great twist of fate,” she “ended up in the front row.”

“Congratulations to this limitless human for inspiring so many beings. And will always always be grateful for the time that you sent me over the moon with that simple gesture on Twitter,” she said, referring to Lady Gaga’s gesture of following her back on Twitter. “I love you @ladygaga.” JB

’90s show ‘5 and Up’ is the kind of program ‘children deserve,’ says Chynna Ortaleza