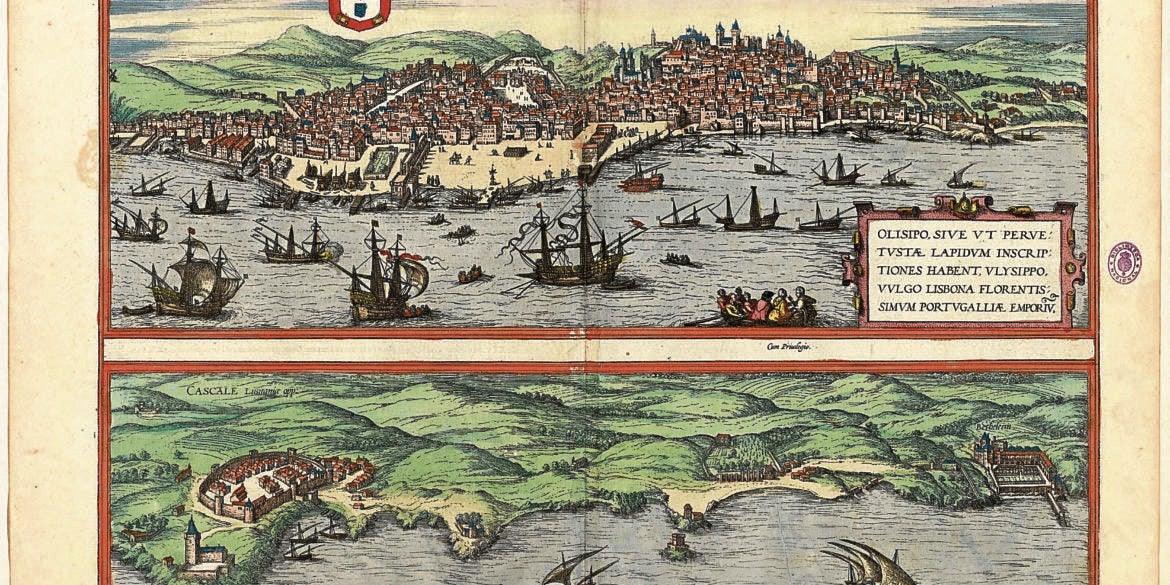 That small superpower where Magellan was born

There are some questions necessary to understand in order to have a thorough idea about the episode of the discovery of the Philippines by the Europeans.

On the one hand why the Moluccas, the very goal of Magellan’s project, were so important, and on the other, why the two Iberian kingdoms, Spain and Portugal, were the superpowers at that time. Portugal was, and remains, a small country with some 90,000 square kilometers, less than a third of the Philippines’ extension. It is amazing how they were able to establish colonies in distant places such as Goa (India), Malacca (Malaysia) and even Macao (China).

Let us see how all that got started. From the 8th to 15th century, the Iberian Peninsula was, generally speaking, the scene of battles between Christians and Muslims. (Not a few times kingdoms of different faith were allies). The arrival and conquest by Muslims (711-718) ended the political unity of the peninsula reached by the Romans first and later by the Gothic monarchy. Although it is true that the Muslims almost conquered all the territory, even trespassing the Pyrenees, reaching as far as Poitiers (France), they never ruled the complete territory to the south of those mountains. The process of recuperating the Iberian soil for the Christian faith, traditionally called Reconquista, produced the birth and development of different kingdoms along eight centuries. One of them, Portugal was born as an emancipated entity in 1143 when Afonso I became its first king after winning independence from the kingdom of Leon. As early as 1249, it had already reached the extension it has today. Meanwhile Castile (and Aragon) will continue its growth at the expense of Muslim kingdoms until the end of the 15th century. That Iberian warrior energy, which had been freed during centuries, was the catalyst of their overseas expansionism. The Portuguese began with the conquest of Ceuta, at the northern tip of Africa in 1415.

Historians consider this episode as the kickoff of the “Discoveries era.” The Portuguese continued their expansion going south bordering the western coast of Africa. A religious order, the Order of Christ played an important role in the process of Portugal’s becoming a maritime power. This order acquired a big military and economic power with the arrival of Templars that had been persecuted by Philippe IV of France at the beginning of the 14th century. The peak of its influence arrived with Henry the Navigator, the son of King John I, who was the great master of the order. It is said that he founded the School of Sagres, or “House of the Sea” in Cape St. Vincent, at the southwesternmost tip of the Iberian Peninsula. This school was supposed to be not only a research center for what we call today as “maritime sciences,” but also a training school for all those arts and crafts related to navigation. There is no archaeological evidence of the real existence of buildings related to this school. For some, it was a 19th-century invention, as the nickname of Enrique.

Although he is known as the Navigator, he barely navigated. Anyhow, what is clear is that for Portugal the main goal was to construct bigger and better ships that could not only sail faster but also transport big amounts of goods and merchandise: establishing trade posts more than conquering big territories was the main aim of their policy. The overseas expansion became a fundamental state project for Portugal. In 1487, Bartolomeu Dias rounded the Cape of Good Hope and was the first European to enter into the Indian Ocean. In 1497, Vasco de Gama reached India. Thus, Portugal, in spite of being a small country with barely 1 million people, became the world naval power in the 15th century.

The trade of Oriental products, which were very highly valued in Europe created big profits for the Portuguese and allowed them to improve the quality of their fleet. By opening these maritime routes, the Portuguese bypassed the Arabs and Italians who monopolized the Asia-Europe trade by land during the Middle Ages. Magellan, who was born in Sabrosa, a small town near Porto (the sweet wine city), participated in the fights of the Portuguese in India, and also in the conquest of Malacca, where he took Enrique as a slave (rather a servant). He was about to embark on a ship to Moluccas with his friend Serrão, but he did not and finally he came back to Portugal. He fought in Morocco where the Portuguese had big difficulties to maintain their presence. He had troubles there with his bosses and abandoned the Portuguese army. This sort of desertion brought him not small problems. Settled in Lisbon, he got a sort of retirement payment, not a big amount though. He claimed to the very king, Manuel I, that he deserved better treatment given the sacrifices he had made fighting for Portugal.

Manuel I refused to increase his retirement payment. Apparently, the encounter between the king and Magellan was everything but friendly. Magellan left the palace upset. That was the very reason why he decided to propose to the big rival of Manuel, King Charles of Spain, a project that could be really profitable for the Spaniards: to enter into the trade of spices by reaching the Moluccas sailing westward. Magellan moved to Seville, which was the Spanish hub for the trade with the “new world,” and the river port where the fleets to cross the ocean set sail. In Seville, there were not few Portuguese whom he was in contact to like Diego Barbosa. Actually, he got married to his daughter Beatriz. He recruited a considerable number of Portuguese sailors for his crew, among them his brother in law Duarte Barbosa. This fact did not sit well with the Castilians, provoking a lack of confidence, which was at the root of big problems during the expedition. Although Magellan was given all the powers by King Charles to rule the expedition, a Castilian gentleman named Juan de Cartagena was appointed as (veedor) inspector of the fleet. Magellan should keep him informed at any moment about his plans, but we will see he did not at all. For many years, the Portuguese considered Magellan a traitor. When he was in Seville preparing for the expedition, they tried to make him change his mind and to stop collaborating with the Spaniards. When the fleet started its trip, Magellan’s head had a price. Nowadays Portugal recognizes the genius of one of its sons, but this was not always like this for obvious reasons. There are documents in Portuguese archives that have not yet been deeply studied and interpreted. We can understand that for centuries the Portuguese were not enthusiastic in shedding light about an exploit that started with a “treachery.” Now these “hidden documents” have become the big hope of the historians to unveil many of the secrets of that adventure that changed the world. —CONTRIBUTED INQ