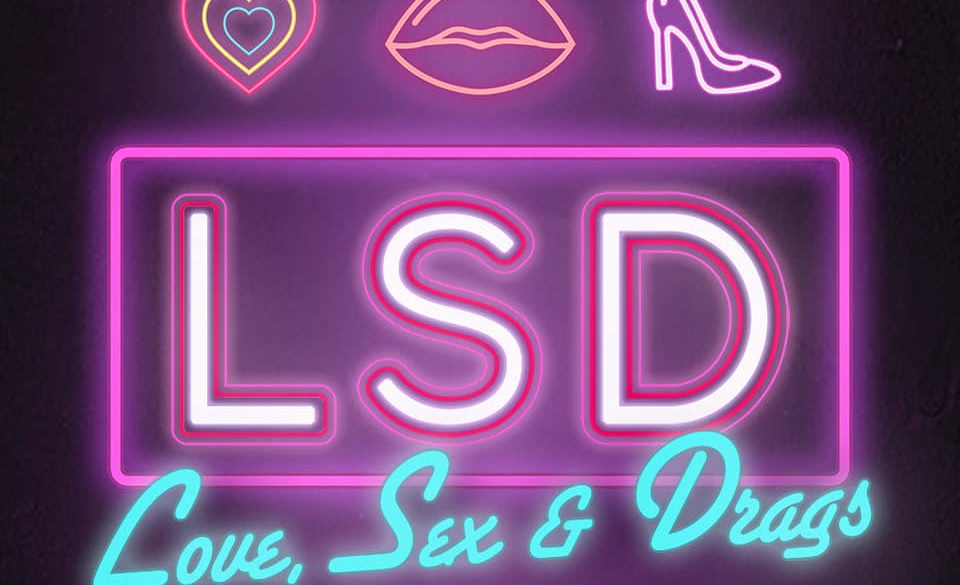 MANILA, Philippines—Amid the pandemic and economic recession that are hurting the livelihood of thousands of Filipinos, the live events sector is among the hardest-hit industries. Many relying on this sector had shifted to online platforms and not to be left behind are the ever-innovative and resilient drag queens.

Love, Sex, and Drags (LSD) is an online talk show concocted by MC Black and Mrs. Tan, two of the country’s premier drag queens. During an Instagram Live session, MC proposed the idea of a talk show where the two of them can discuss “anything under the sun.”

They pitched the concept to Eva Le Queen, head of Drag Playhouse PH, a local drag content provider. The duo then looked for a group that could help with the technical aspect of production, which led them to Spaces MNL, a provider of LGBT-themed entertainment and a frequent collaborator of Mrs. Tan.

The show also partnered with local gay-themed publication TEAM Mag. “We told TEAM that we wanted to create content for them, and we assured them that the show would be something worthwhile and more than just chitchat,” Mrs. Tan told INQUIRER.net. “It is something that’s deeply rooted in advocacy.”

In the pilot episode, a three-hour no-holds-barred online rumble, the queens introduced the three segments that make up the show—love, sex, and drag. “We always strive to make a statement as storytellers,” said Mrs. Tan. “LSD will help us show the other side of drag queens, that we’re political not just in our performances but also in our hearts.”

Dear M.E.M. (an acronym for the hosts’ names) is where the queens take on love problems of queer letter-senders and assume the role of advice columnists, discussing everyday issues that are not normally read or heard about in mainstream platforms.

The love segment establishes the show as a place where one comes not only to understand but also explore and appreciate the outcast and everything strange and unusual. “Attraction is very complex,” said Mrs. Tan. “Love, in particular, doesn’t have any specific form.”

In the pilot episode, for example, a drag mother writes about being “ma”-zoned by potential drag children or “sis”-zoned by fellow drag mothers as she attempts to find romance. It is a topic that only drag queens can relate to, but it provides others an interesting peek at the behind-the-scenes lives of these bigger-than-life personas.

Eva, for one, talks about the struggles of looking for romance in gay-hostile Singapore during her early days of doing drag; an experience that led her, for a time, to put drag before anything else—men included. “My thinking was, if he’s not into drag then he’s purely for sex,” she says.

Mrs. Tan said she informs guys she hooks up with early on that she does drag. MC, on the other hand, admits that she never tells potential hook-ups about her drag, preferring to compartmentalize her art form and personal life.

Another hot topic that the queens discuss is discrimination against LGBTQs, especially on social media and dating apps. “Our drag persona is not necessarily our SOGIE,” says Eva. “There is a thin line between preference and discrimination,” adds Mrs. Tan. “Anong taon na, sis? 2020 na!” 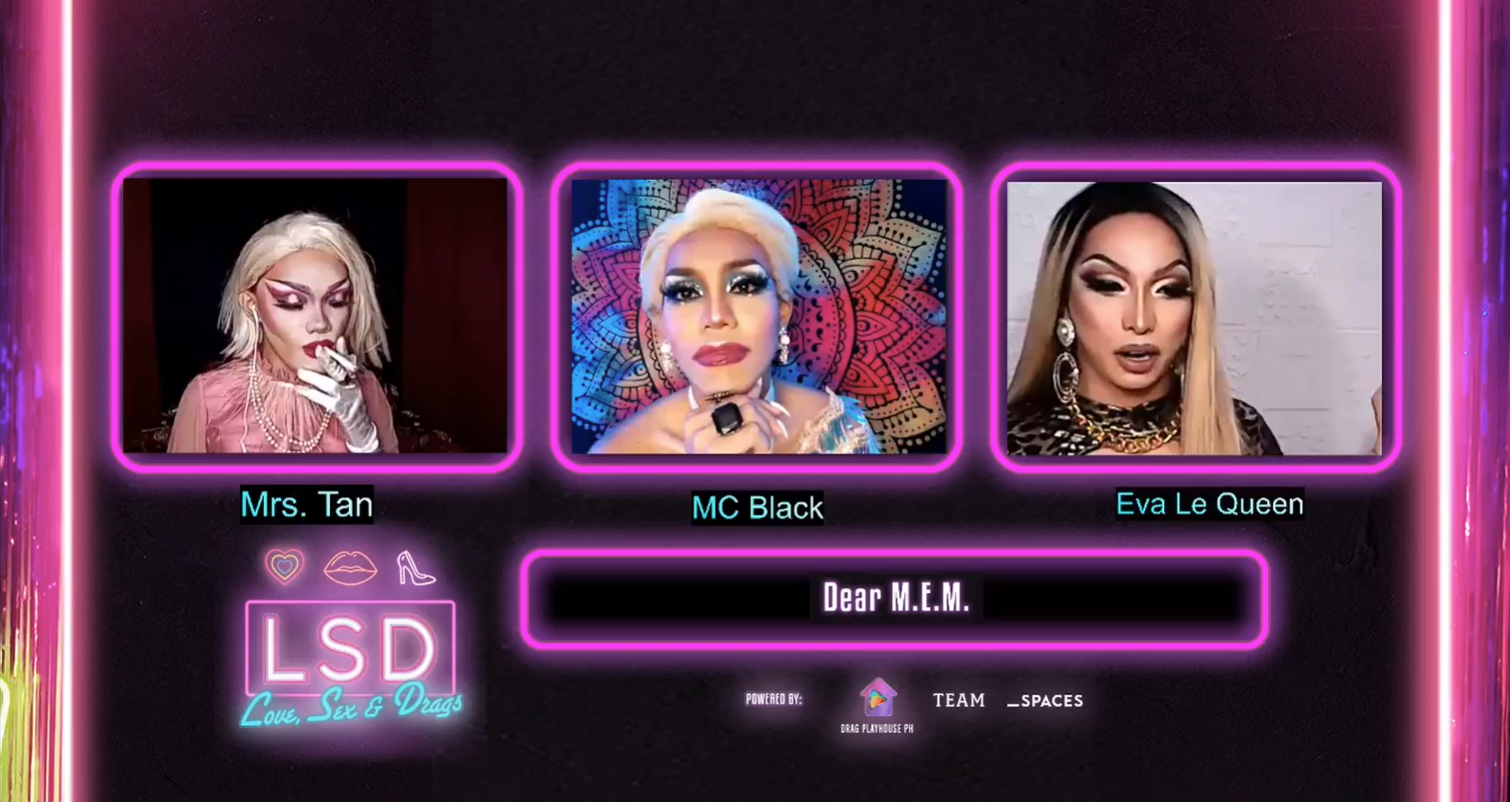 The sex segment is “essentially a drinking [session] between drag queens and a straight or macho guy, where they talk about sex without any malice.” As expected, it proves to be the steamiest portion of the show that gets viewers hot and excited.

“We want to normalize discussions about sex,” said Mrs. Tan. “Discrimination starts when we stigmatize sex as a topic.”

The first guest is pretty boy Jimmy Nocon, a DJ, ally, and self-confessed “all-out” lover. What ensues is an amusing spectacle, where the viewers see how the odd one out starts out stiff then slowly sheds off his inhibitions with each shot of alcohol.

They talk about the complexities of SOGIE, dating apps, hooking up, and sending nudes, among other things. “There’s this misconception that when a straight guy talks about sex with queer individuals, there’s always malice or sexual innuendos,” said Mrs. Tan. “We want to show that straights and queers can be buddies.”

As the queens proclaim, it can be fun once people brush off the oppressive unwritten rules of society about different kinds of relationship. 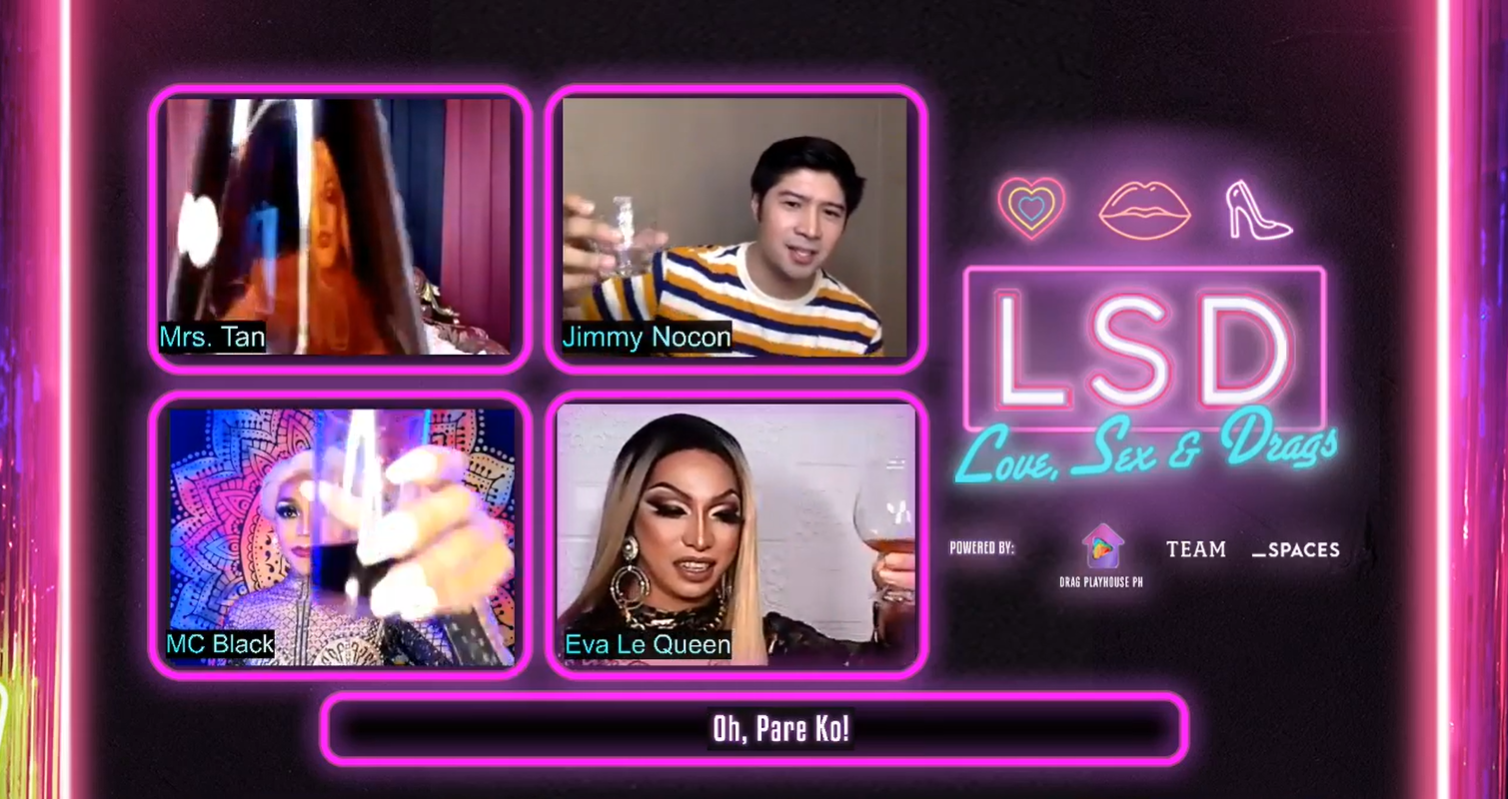 In the final segment, the queens talk about anything drag, such as their own moments of failure and triumph, in hopes of inspiring the “baby queens” interested in joining the world of drag.

In the pilot episode, the three queens talk about their beginnings in the industry. They discuss their theater roots, for example, and show photos of themselves from then and now, emphasizing how much their drag has improved—from their wigs and makeup to their bodice and outfits.

“We want to show that everyone can improve, and there’s always that capability to change as long as they have the will,” said Mrs. Tan.

Here, the viewers see the queens as three-dimensional personas. It’s where they shed their glittery front and show the audience their vulnerable side, like the magical moment when people start to become friends.

“When you talk to a queen or see them perform, you don’t really hear their personal take on things,” said Mrs. Tan. “We wanted to create an avenue where the audience can see drag queens as ordinary people entitled to their own opinions.” 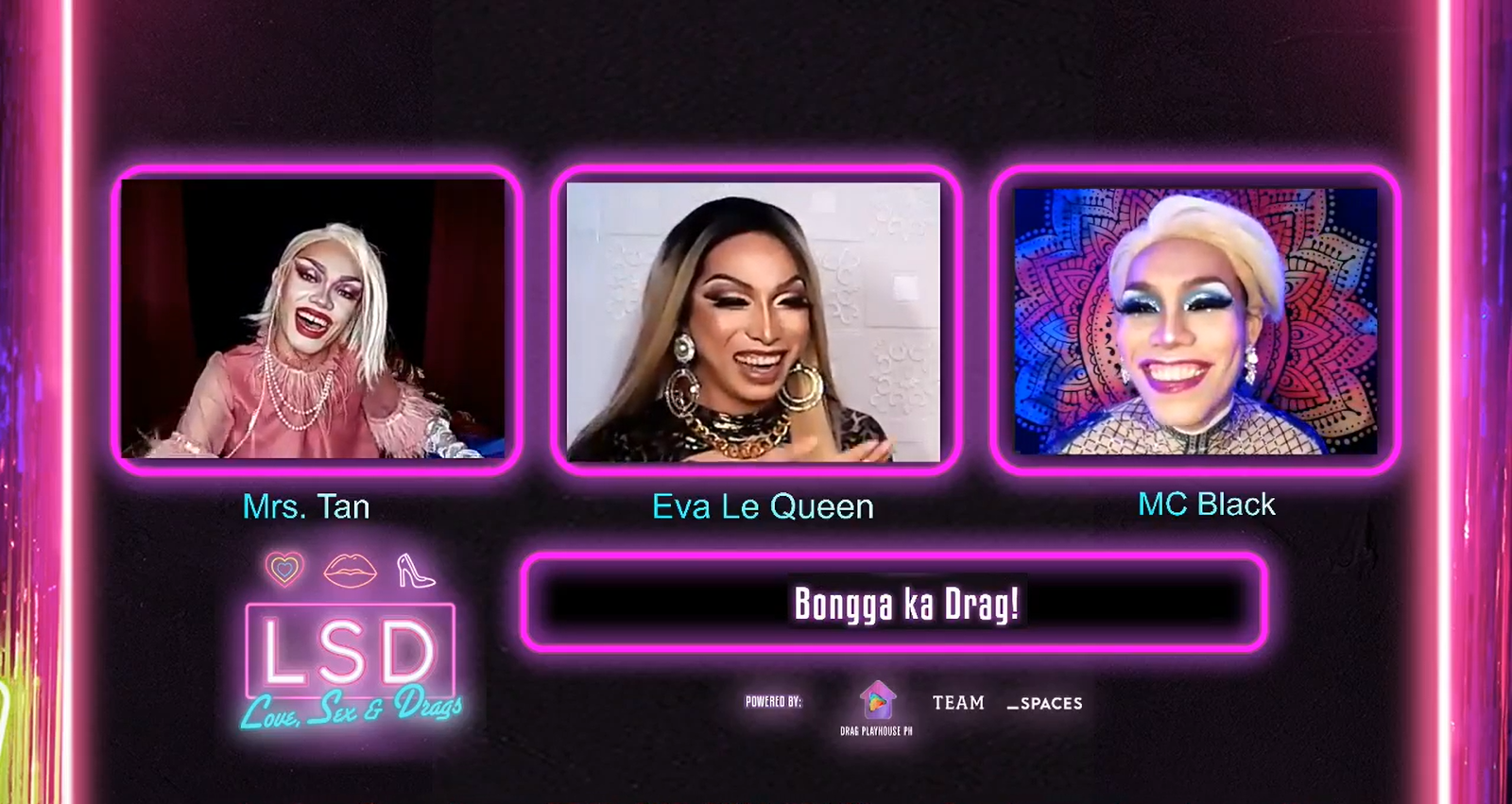 The show, to be clear, is not just for fun and games. It also hopes to be a source of income for the queens, whose regular gigs have been wiped out by the pandemic. But Mrs. Tan admits that they are still figuring out the best way to maximize earnings from such projects.

“It’s still challenging to get tips because we don’t really get to do full-blown performances in a talk show, just simple ones during intermissions, unlike when we perform at events and the audience readily give us tips after our performance,” said Mrs. Tan, who added that they are still in the process of getting sponsors for the show.

The strength of LSD lies in what the queens have to offer—bits of wisdom, loads of laughter, and even distraction or escape—not only to those familiar or interested in drag but also to queer studies aficionados and content-hungry netizens in general.

Mrs. Tan, with her bottle of Red Horse in one hand and slim cigarette in the other, displays the progressive insights of a Gen Z-er on gender politics—something that a lot of people are yet to imbibe.

MC brings warmth to the show, like someone you’d want to confide in with your most embarrassing secrets and not feel judged, while she munches on homemade snacks and drinks what is left of her wine (another reason to tip, guys!).

The house matriarch, Eva, is like the foundation of the show itself; the big sister with the leopard prints and hoop earrings, a glass of brandy in hand, who exudes an air of authority as she brushes her long blond locks.

With the pilot episode as indicator of what is to come, the show promises to be even more relevant and exciting as it finds its foothold. Expect stimulating discussions on LGBTQ culture on this show that is frankly needed in today’s postmodern age of confused wokeness—both for its riotous, bitch-slapping fun and candid, no-frills insights.

A new episode of Love, Sex, and Drags is released every other Tuesday on Drag Playhouse PH’s Facebook page. Episode two is out on September 8.