Liza Soberano on poor internet service: 'To all providers, do your best to help people out' | Inquirer Lifestyle ❮ ❯ 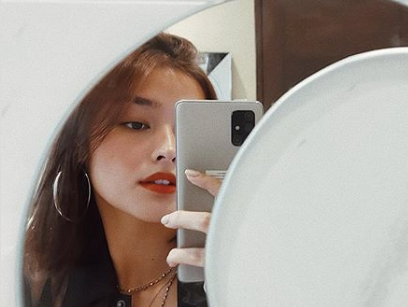 Liza Soberano on poor internet service: ‘To all providers, do your best to help people out’

Kapamilya actress Liza Soberano issued some clarificatory statements on why she recently ranted about the poor service of an internet service provider. She also responded to some flak she got after she was able to secure a faster connection from another provider.

Soberano first detailed her complaints about slow connection and poor customer care through Twitter on Sept. 6.

“Converge really needs to start fixing their internet speed. I am an unhappy customer,” she said. “Can’t even answer the phone whenever we call. How unprofessional.”

She even apologized for typos in her tweet, being really angry about the poor service. About a couple of days later, she gave an update that she now has a faster connection from a different provider.

“Okay so @pldt came to my house yesterday and hooked me up with the best internet I have ever experienced in my whole 5 years of living in this house. 300 MBPS. What a lifesaver. Lag? I don’t know her,” she said on Sept. 8.

Apparently, her update upset some netizens who pointed out that her fame and influence is the reason why she was able to solve her connectivity problem more quickly. Soberano addressed these comments.

“I stumbled upon a few tweets from people who are upset and find my tweet about having fast internet offensive. I’m sorry your telecommunications provider isn’t taking care of your problems. In no way was it my intention to brag. I was just genuinely relieved to finally have fast internet,” she said on Sept 9.

“I know it’s a problem we are all struggling with now. So please, to all the internet providers please do your best to help people out especially at a time like this when internet has become an essential,” Soberano appealed. “We’re all trying to survive and get school and work done.”

She also addressed an employee of her former internet provider, saying, “And to that employee of my ex internet provider who divulged personal information. Don’t try to turn this on me. My whole rant was about bad customer service. That’s pretty sketchy of you trying to make it look like it’s my fault why I have bad internet.”

As her final word on “this internet fiasco,” she stressed that all she wants is good service for everyone.

“I could go on and on, but bottomline treat your customers fairly, no matter who they are. Cause people work hard to pay for their internet and most of our work is done online now,” she explained. “Bye.” JB