Jose Mari Chan on his songs, the memes, and why he doesn’t think he should be Mr. Christmas | Inquirer Lifestyle ❮ ❯ 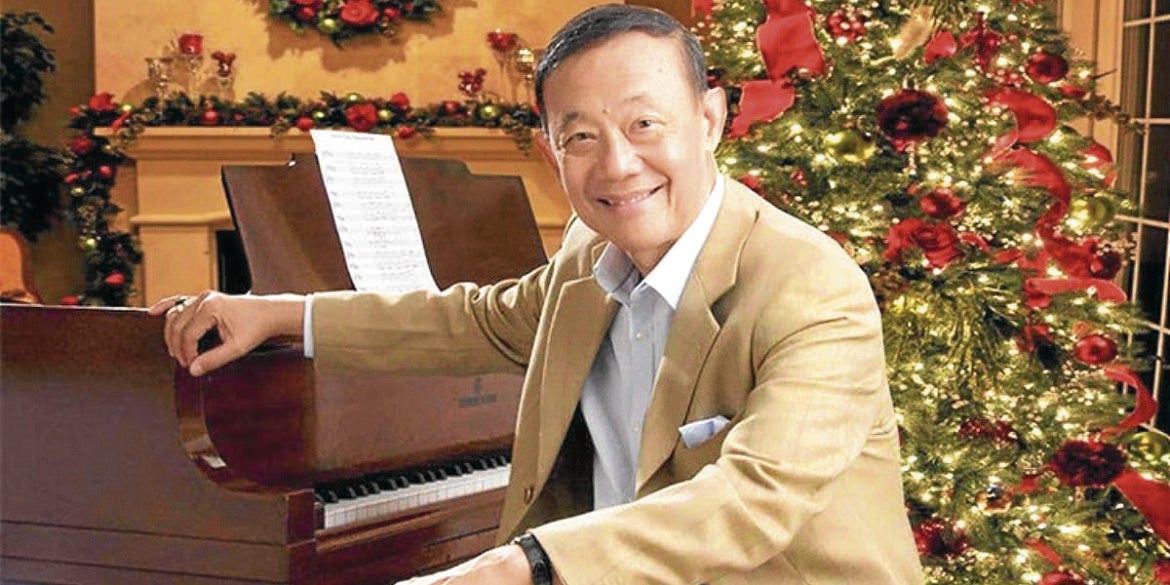 The man who launched a thousand memes.

Jose Mari Chan on his songs, the memes, and why he doesn’t think he should be Mr. Christmas

Jose Mari Chan has become an ubiquitous symbol of the Filipino yuletide season, thanks to his holiday hit “Christmas in Our Hearts” and the countless memes counting down to September, the very early start of Pinoy Christmas.

The singer-songwriter spent Sept. 1 with us on Zoom, talking and singing to us from his Makati home. He was an absolute delight—gracious, humble and a lot of fun.

“I never thought that I would go this far. And I’m very grateful and I thank God for it, for the gift of music,” he said.

We tried to convince him to do a Zoom concert on Christmas Day and he said, “Better still, once the ‘new normal’ comes, you invite me and I will sing personally to you and your families.”

Chan is reluctant to accept his status as the Father of Philippine Christmas, telling us that the season should be all about Jesus. But he can’t deny it—he’s brought a lot of joy to people and he’s bringing it now, at a time when the world needs it the most.

During our interview, Chan asked for our addresses, telling us he’d send us compilations of his hits including, of course, his many Christmas songs.

Days later, the CDs arrived. “Best wishes,” he had signed in red. 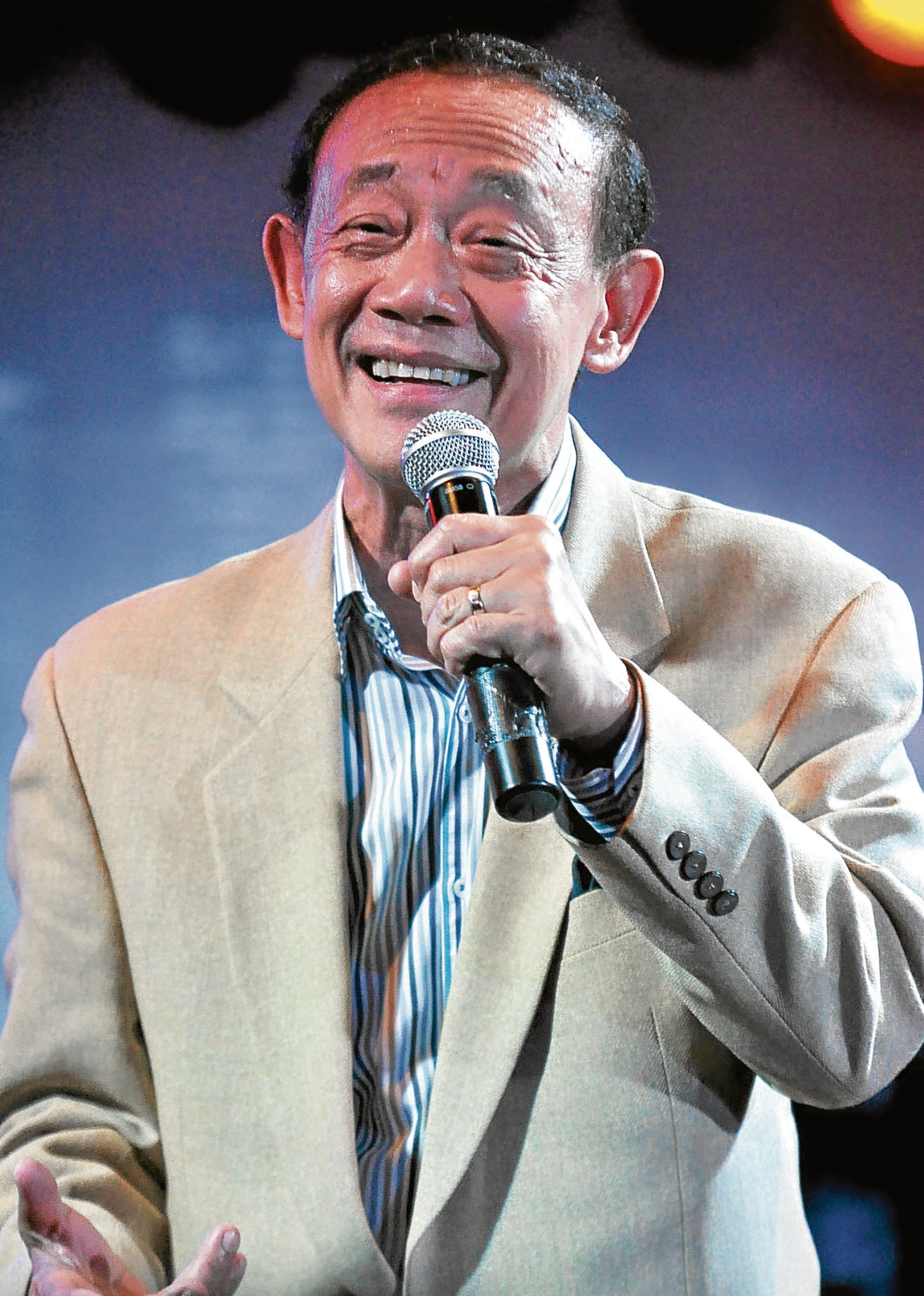 Here are snippets from our conversation:

We would like to greet you on the official first day of your season.

Sept. 1 kind of feels like Jose Mari Chan Day now, and people really count down. How many years has this been happening? When did this start?

Well, the song (“Christmas in Our Hearts”) is 30 years old. The memes started siguro mga three, four years ago. I don’t even know who’s behind those memes.

When did you first become aware of the memes? Did a family member show you or did you stumble across them accidentally?

Yeah, someone showed me a picture of me peeping and saying, “Dalawang buwan na lang.” (Laughs)

Which of the memes are your favorites? Which ones are the most memorable for you?

They’re all the same, except that there was one [na] medyo negative . . . I sort of didn’t like it, the one that said, “Malapit na ako [lumabas], kayo matagal pa.” We’re all hoping this coronavirus is blown away. And parang I’m taunting them na matagal pa kayo.

Yeah. That’s so not you. How does it feel to actually be an icon of the Filipino Christmas tradition? You are like a Pampanga lantern.

But when we hear your song, to us that’s the signal that it’s Christmas already. When you wrote “Christmas in Our Hearts” did you imagine it would be as timeless as it has become?

No, I didn’t expect it. You know, each song of mine is like a child of mine. Each one is different. Each song is unique. Each song was written under a particular circumstance . . . So as the children are growing up, you can see now ito magaling ito sa basketball, ito mabilis siya sa mga figures, he will be good in mathematics, or this one is religious, I think he would become a priest. What a father hopes for is for all the children to fulfill their maximum potential.

Does it mean that “Christmas in Our Hearts” is your overachieving child?

(Laughs) I have a song about children. It’s called “No Rewind, No Replay.” In life, especially with the children growing up, there’s no rewind, nor replay. So I always tell myself, if I get too busy at work, if I’m always away, out of the country for business, when I come back, I have missed a chapter in the lives of my children. No rewind, no replay.

Speaking of children, when “Christmas in Our Hearts” came out, you sang it with your daughter. Where is she? What is she doing now?

What does Liza think about the attention the song is getting after all these years?

Well, she’s proud that I have written a song that hopefully would last long after we are gone. So yeah, she’s proud. She’s still a little bit shy about singing. She’s now a corporate person. She almost like an auditor. She’s in finance.

What do your grandkids think about the memes?

I have eight grandchildren. I haven’t really asked them about the memes. Although they saw the “Game of Thrones” one, remember that meme? “Winter is coming.” Remember that? One of my grandsons said, “Ew, why did they identify lolo with that character?” (Laughs)

We really did love your Netflix commercial.

What we can do after after Christmas? (Laughs) Did you see the commercial with the owner and president of McDonald’s George Yang? He’s a good friend of mine. About a year, two years ago, he said, “Joe, I want to tell you something. One time I was at the airport, threegirls approached me to ask for my autograph. It never happened before. So I said, ‘Sure.’ Then they asked, ‘Can we have a picture?’ ‘Sure.’” So they had a picture (taken) together. And then after all of that, the girl said, “Thank you, Mr. Chan.” That’s when it dawned on him. Yeah, we look alike. (Laughs)

Yeah, sometimes. Whenever I go to the airport, groceries, malls, they stop me for pictures. But now with my face shield and face mask, they don’t recognize me.

How has the pandemic affected you and how will it affect your Christmas?

You know what I did? As I told you, I have three children married, and two children that are single. What I’ve done recently, I invited the family of one, let’s say Liza and her family to have dinner here. And then another night, I would invite Joe and his wife and children to come and have dinner with us. We cannot all be together at the same time. But I’ve been able to do that. With proper protocol, face mask, face shield, I think we can do it. So this Christmas, I want to make it meaningful for my grandchildren. I want to give them a taste of how I spent Christmas when I was a little boy. I think I will invite one family at a time. Plus, you know, every week we Zoom.

You’ve been spending the quarantine with your wife?

Yeah. And my two children, the kids that are still single.

How has life in lockdown been for you?

We’ve become close. And more importantly, we’ve become closer to God. You know, we hear Mass every day online. Sometimes it’s the Jesuit Mass.
Sometimes it’s the Mass of Santuario de San Antonio, sometimes we even hear Mass of Cardinal [Luis Antonio] Tagle in Rome. And sometimes we hear Masses from Massachusetts or from New York. So many masses all over the world that you can get online. Yeah. So every day, we hear Mass. And so it has brought us closer to our Creator, to our Lord.

We had to cancel one or two concerts. Yeah. Sad but I mean they all understand.

Has your songwriting process changed as you got older?

I guess so. Because in the past, throughout my journey as a singer-songwriter, I would usually adapt to the music trend of the time. So when The Beatles were very popular, some of my songs were patterned after The Beatles. But lately, I’ve been forcing myself to write a song that would sound like “Despacito.” But no, I cannot. Parang it’s not in me. (Laughs)

You’ve become the symbol of the early beginning of the Filipino Christmas, September. But how early does Christmas really start for you?

December. (Laughs) Remember, give me your addresses because I’m going to send you a compilation of my songs, including the Christmas songs.
Please sign it, ha.
I will not sign it as George Yang. (Laughs)