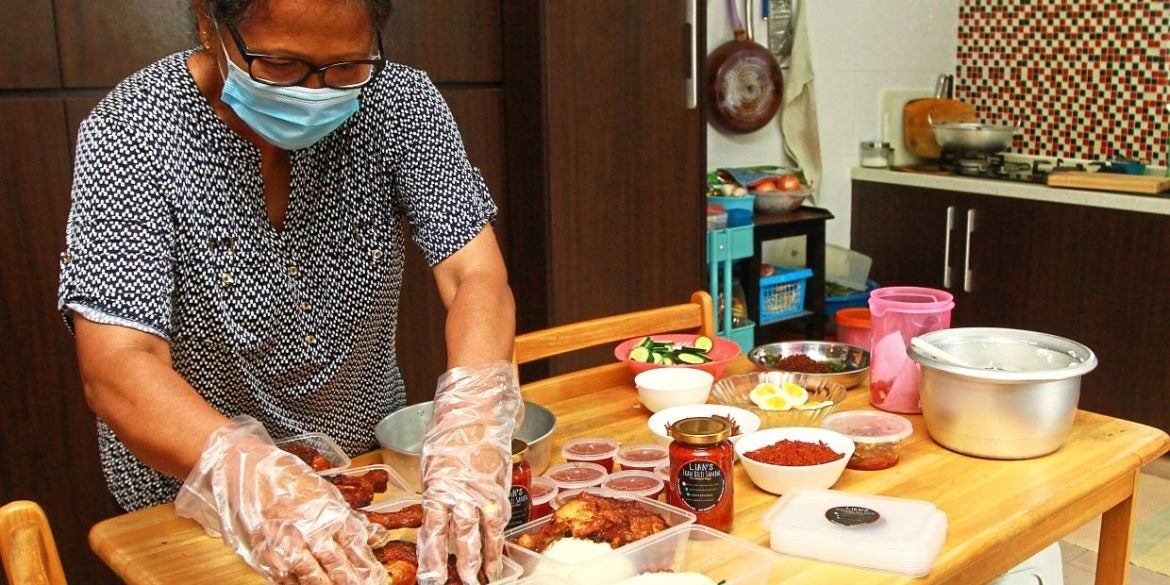 KUALA LUMPUR — One would never guess that the 62-year-old homemaker and babysitter from Malaysia, with a contagious smile and an amiable disposition, once took down British cooking juggernaut Gordon Ramsay more than 10 years ago in his cooking show Gordon’s Great Escape – Malaysia.

Letchumy, who has a Chinese mother and Indian father, is better known as Aunty Lian to the many children she has cared for over the past 20 years. And now Aunty Lian is a name that may soon be recognized for sambal ikan bilis.

When she talks about her passion – cooking – her face lights up.

The bout with Ramsay started back in 2010 when Aunty Lian’s daughter, Sheila, came home from work and told her mother about a search for “makciks” to cook nasi lemak in a competition on TV.

“So I said, ‘Why not?’” says Aunty Lian when Sunday Star met her at her home in Selangor.

“I said, ‘Let’s do this for fun and I will not be intimidated by him or the other chefs. I will just go and enjoy the moment’, ” she says.

Cooking up a medley of Malaysian dishes, Aunty Lian served her nasi lemak with fried chicken, her mother’s signature cockle rendang and as a unique twist, squid varuval.

While there was no doubt that all the other dishes were delicious, Aunty Lian believes that it was the sambal that secured her the No.1 spot over Ramsay, who won second place, and the other ‘makciks’.

Aunty Lian said it was a pleasant surprise to hear her name being announced as the overall winner.

“Two of the makciks ran canteens. Two of them were from hotels. And of course Gordon Ramsay was there. So when they announced that I won first place, I was speechless. I was really on top of the world, ” she reminisces.

“I didn’t expect that as it was just a simple nasi lemak.”

After her win, Aunty Lian focused on family and work.

“I just went back to my normal routine and soon after, six other kids came under my care. From then on, I just never thought about it.

“I was babysitting, enjoying my home and my family. I cooked, I did some baking. These are the things I cherish, ” she says with a warm smile.

A decade later, a video from the competition resurfaced and gained popularity on social media.

Receiving encouragement from her children, Aunty Lian finally decided to start her own small home business. The best part of this is that now all of us can have a taste of that championship sambal.

In the beginning, Aunty Lian sold bottled sambal ikan bilis and sambal petai. Since August, she has expanded her menu by adding nasi lemak ayam goreng.

Aunty Lian describes her sambal as “Not so sweet. It is a bit spicy, but not too oily.” She even hand peels her ikan bilis to ensure the best flavour.

Her food is pork free and Aunty Lian uses separate utensils to prepare her products.

The special ingredient in Aunty Lian’s cooking is a deep sense of love and family. The business is a well-oiled machinery where every member of the household plays an important role.

Aunty Lian’s eldest son Sanjay, 39, and Sheila, 35, manage the business’ record and track orders through the business’ social media pages, aptly named Lian The Malaysian Chef. Son Vinesh, 23, does deliveries and husband Bala, who arguably has the best job of all, is the Official Sambal Taster.

“So far, the response has been very good. It is really overwhelming. I am just enjoying this moment, ” she says.

Aunty Lian hopes that one day, she can take her home-based business to the next level.

“It has always been our desire to have a cafe, or a small eatery. But for now, I am just going with the flow.”

All in all, Aunty Lian is content with the business as it brings her happiness and allows her to be closer to her family.

Most important of all, Aunty Lian’s nasi lemak is made with sincerity and love.

“Whenever you do something you must be passionate. Cooking, and seeing people so happy… When you get that kind of response, it makes my day.”

Although Ramsay is known

for his tough talking personality, Aunty Lian has a different impression of him.

“When you meet him in person, he is actually a nice guy. He is passionate about what he does.

He is a pleasant guy, it is just that on television he is playing a character, ” she explains.

“Aunty Lian, I can’t believe it’s been 10 years since you whooped me into second place in our cooking competition.

When the email was read out to Aunty Lian by her daughter, a beaming Aunty Lian answered, “That’s sweet of him!”

At the end of the original video, Ramsay said he would be back to wrestle the title back from Aunty Lian. She says she is game for another round.

“Bring it on! That will be good, it will be like going down memory lane with him and all the rest, ” Aunty Lian says with a smile.