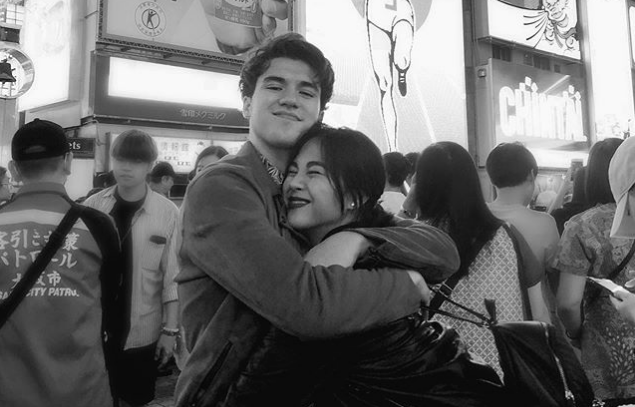 It took all of one year and eight months for Markus Paterson to confirm what has already been talked about in hushed conversations – that he and actress Janella Salvador are a couple.

Paterson, in an interview with Kyle Echarri, expressed his support for the love team of Joshua Garcia and Janella as shown in the latter’s Youtube vlog, Sept. 21.

When he and Janella recently confirmed their relationship via a video which showed them dancing and kissing, Paterson noted how bashers would tweet saying that “(what) Josh used to say and do with ‘Killer Bride’ is cringy and is like gross and stuff.”

Coming to Garcia’s defense, he said “they were in a teleserye together, they have to sell that to the top of their ability.”

“There’s nothing cringy about that,” he declared.

Salvador’s being in a love team is what prevented Paterson to “say anything about [our relationship] because I understood it like they’re a love team, right, which is why it took a year and eight months to come out with this relationship.”

Paterson said he just “wanted them to succeed and to prosper together,” and that he understands it “because I’m not ten years old.” He also refused to call Garcia “selfish or like gross or cringy because he was doing his job, he’s promoting the love team.”

“He was promoting the show which I think he did perfectly,” he said.

For Paterson, supporting a love team is good, and supporting one’s private life is better.

Noting that his statement might “spark” strong feedback from Echarri’s viewers, he further explained: “Yes, we’re in an industry where we’re in the public eye. And we aim to make you guys love us, make you guys support us, right?”

Paterson noted that while they do their best in pleasing their fans, as celebrities, their supporters might not take it well when stars in a love team don’t end up together in real life, such as in the case of the Joshua-Janella love team. Some fans thought Salvador made the wrong decision when she chose Paterson over her career. JB