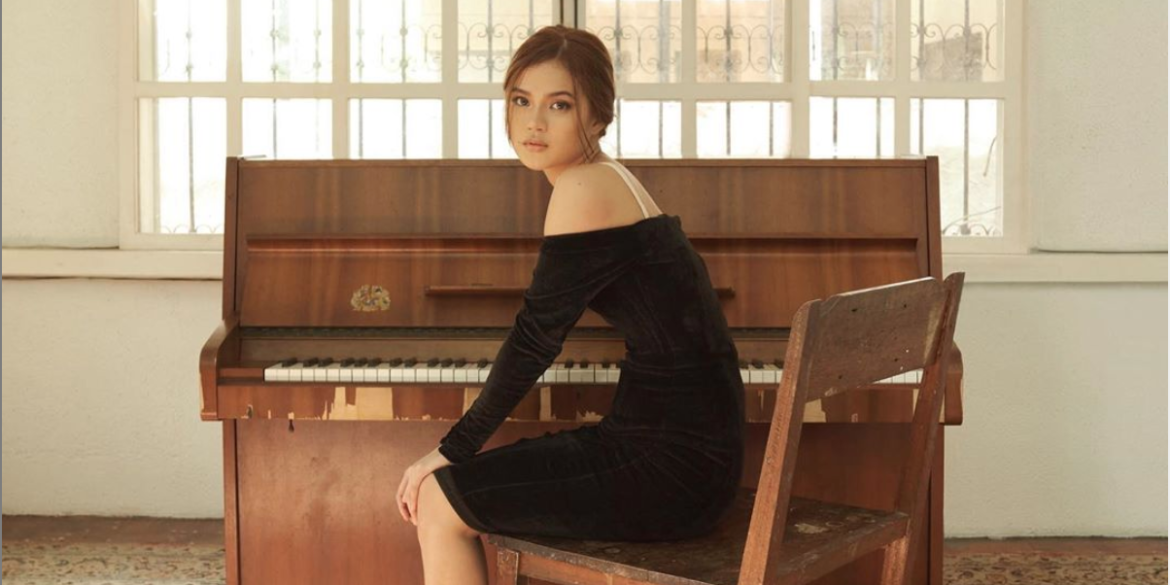 On the eve of Maris Racal’s 23rd birthday, she premiered the official MV to “Not For Me.” It’s a song the actress/singer-songwriter penned about the hesitations love can bring. “Your love is a song /Can’t stop singing it /Your love is just too pretty /But it’s not for me,” Maris sings.

The makings of this project started in July for Shaira Luna, who shot the video. It began with a direct message from Maris. “She was asking me if I had free time,” says Shaira.

From there, the photo pegs and Maris’ straight-forward vision came quickly. “She wanted it to be a performance video, showing off how she can play the piano.” Shaira shares that this side of Maris was also something that producer Rico Blanco wanted to emphasize when it came to the video edits.

Shaira’s brother Lance Luna served as the editor for “Not for Me.”

Shaira’s take on the video also drew from Maris’ sound, of course. “It reminded me of the ’90s: Lisa Loeb, Moonpools & Caterpillars.”

Lockdowns and various schedules permitting, the shoot came together in the first week of September. Yes, from the shoot day to the YouTube drop, it was all done in three weeks. “It was a simple shoot. We followed the safety and health protocols. The shoot was just the five of us: stylist Ryuji Shiomitsu, makeup artist Gery Penaso, me, my brother, and Maris,” says Shaira.

Shaira and Maris previously worked together on various photoshoots. One of the first was around 2017, a shoot just for fun. Shaira liked how Maris just knew her angles. “She has a refined way about her. I don’t even have to give her direction when it comes to poses.”