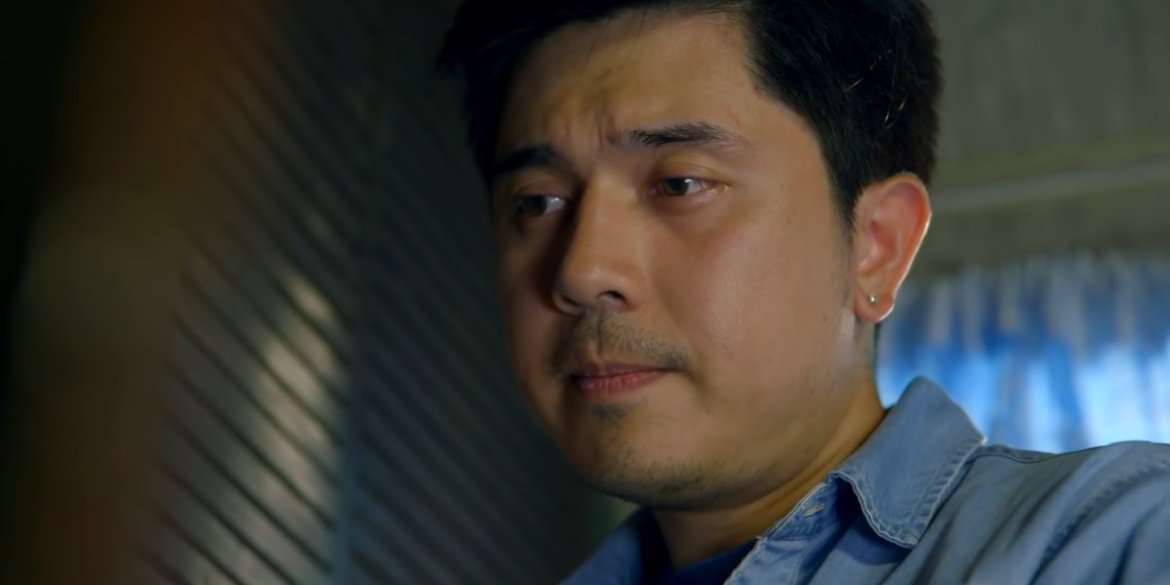 Paulo Avelino’s role in ABS-CBN’s “Walang Hanggang Paalam” is replete with action as he plays an ex-agent named Emmanuel Salvador.

Executing the action scenes, Avelino stated in a Zoom conference on Saturday, Sept. 26, gives him a high as it allowed him to more or less display more body movements.

Avelino said he enjoyed his action routines not because it gives him a “macho image”.

“Hindi naman ako marunong sumayaw,” he admitted. (I don’t know how to dance).

“Parang feeling ko (I just feel) that it’s my way of showing a dance move or a dance step kasi (because) we follow routines, numbers.”

In the series, Angelica Panganiban and Avelino play former lovers Celine and Emman, who separate after he ends up in jail due to a wrongful conviction. Celine then falls in love with Anton (Zanjoe Marudo), a wealthy businessman.

To prepare for his role, Avelino had to gain weight.

(My preparation included getting chubby and intentionally stammering on set.)

Long before the pandemic hit the country, many scenes had already been shot.

(Actually, we began shooting this during the start of the year. The script is detailed. Some changes were made because there were changes in the cast and the situation also changed.)

Though he does not feel the character is similar to him, he finds some aspects of Emman relatable.

(Maybe there is a likeness and [I relate] because I have a child and I know the feeling. That is what I based it on.)

Avelino has a son, Aki, with former girlfriend LJ Reyes.

The original concept for the action-drama series was to have it shot in different Southeast Asian countries. But with the pandemic, everything was halted.

(We were supposed to go to so many countries for this. There were many actors abroad who were tapped [for the project].)

But he’s grateful that despite the pandemic, the series still pushed through.

“Despite everything that happened, we’re still blessed. We’re working under very strict protocol which is pabor din sa amin (favors us),” he said.

(For us, if before it was said that actors always stay up until the morning for shootings and tapings, now we only work for 12 hours a day.)

Billy Crawford to host local adaptation of ‘The Masked Singer’