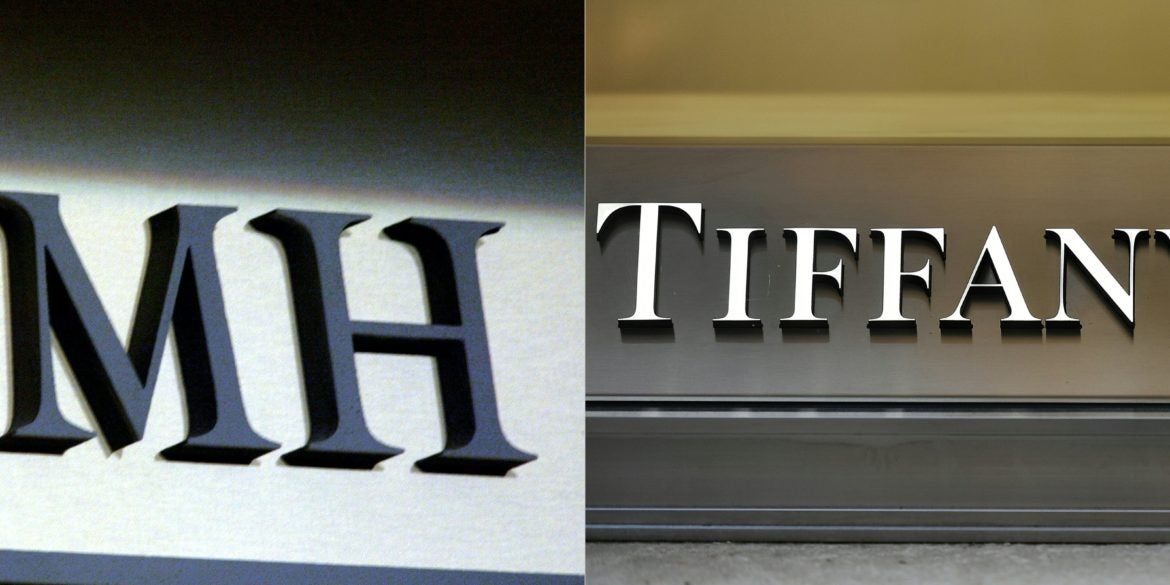 (COMBO/FILES) This combination of file photographs created on October 28, 2019, shows (L) the logo of the French luxury goods group LVMH in Paris on September 12, 2002 and (R) The logo of US luxury jewelry and specialty retailer Tiffany & Co. in Venice, north-eastern Italy, on February 17, 2019. - On September 9, 2020, LVMH said it was 'not in a position' to buy Tiffany , according to a press release issued after its Board of Directors meeting. (Photos by Martin BUREAU and Vincenzo PINTO / AFP)

French behemoth LVMH said Tuesday that it had filed a countersuit against the American jewelry brand Tiffany, setting up an unusual legal fight after the collapse of one of the biggest luxury takeover bids in decades.

LVMH walked away from its $16.2 billion offer this month after claiming a series of poor decisions by Tiffany’s board since the deal was unveiled late last year.

It also cited a letter from the French foreign ministry that purportedly asked for a delay to the tie-up because of political uncertainties caused by the long-running trade war between the EU and Washington.

Tiffany rubbished the claims and sued to force LVMH to go through with its bid, and a US court in Delaware, where many US firms are incorporated, approved a fast-track trial set to begin in January.

The court also urged the two sides to try to work out a settlement, but an escalating war of words makes that prospect unlikely.

“LVMH continues to have full confidence in its position that the conditions necessary to close the acquisition of Tiffany have not been met and that the spurious arguments put forward by Tiffany are completely unfounded,” the French firm, by far the world’s largest luxury conglomerate, said Tuesday.

It again accused Tiffany of “mismanagement” by paying high dividends, investing when it should have been conserving cash because of the Covid-19 pandemic, and taking on too much debt.

Tiffany refused to comment when contacted by AFP in New York on Monday after a report of LVMH’s countersuit was published by Bloomberg News.