Collezione big boss on Rhett’s defection: ‘I learned about it from someone else’ | Lifestyle.INQ ❮ ❯ 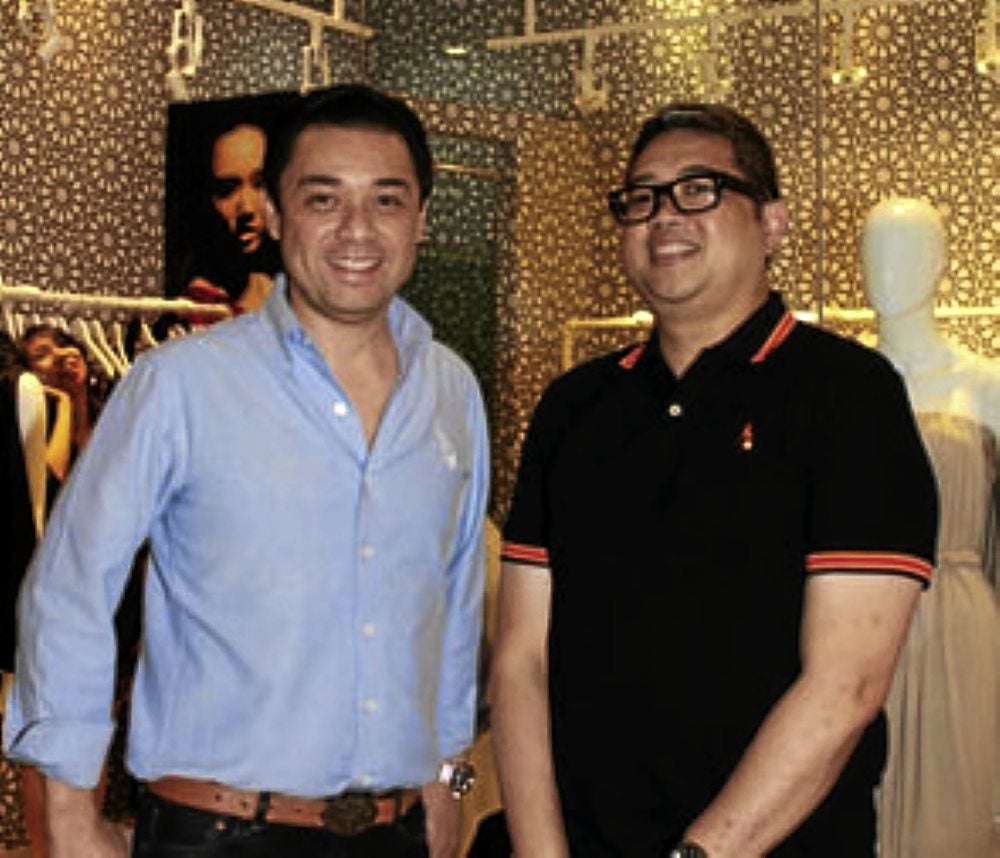 Collezione big boss on Rhett’s defection: ‘I learned about it from someone else’

Businessman Joey Qua, owner of Collezione C2, knew as early as mid-January that Rhett Eala, creative director of the house, had been working on a “capsule” collection for Plains & Prints. The problem was Qua heard the news not from Eala himself, but from another source.

“The person asked me rather innocently over dinner what I thought about Rhett’s collaboration with Plains & Prints,” said Qua, who didn’t identify his source. “I didn’t know what to say. It was like I was hit by a bus. All I could say was ‘What?’ as I stared back in disbelief.”

It turned out to be no hearsay, as Eala eventually gave a sneak preview of his collection for Plains & Prints to lifestyle media last Feb. 8. Two days later, Qua cut his ties to the fashion designer, ending a five-year partnership that saw the rebirth of the sportswear brand, which celebrates its 40th year this year.

Less than a week afterLifestyle came out with an exclusive report last Feb. 17 on Eala’s departure from Collezione, Qua requested for an interview to air his side.

Despite their parting of ways, he says, he still considers Eala a “good man, who was simply ill-advised.”

“Rhett had no exclusive contract with the company, but I had the right to terminate his services for conflict of interest,” said Qua. “Rhett was identified with the brand. What he did was unfair to the organization and detrimental to the brand’s vision and values.”

Qua dismissed Eala’s earlier contention that there was no conflict of interest between his involvement in Collezione C2, whose main line is knitted sportswear for men and women, and in Plains & Prints, a women’s wear brand owned by businesswoman Roxanne Farillas. (Qua and Farillas don’t know each other.)

“How can that be when 50 percent of what we sell are targeted at women?” Qua said regarding Eala’s denial about conflict of interest. “Upon Rhett’s request, we also relaunched Due (pronounced as “du-weh”), a more upscale ready-to-wear brand exclusively for women.”

Although identified with Eala, who started his fashion career more than 20 years ago designing a women’s RTW line under the Due label for Rustan’s, Due is now owned by Qua, and has stores at Rockwell and Greenbelt 5. Collezione C2 is bigger and has a nationwide presence.

After that fateful dinner in mid-January, Qua said he “let the situation simmer down.” He said he waited for Eala to break the news to him, but no such thing happened. After a couple of days, Qua couldn’t stand it any more and decided to drive to Eala’s house one Sunday morning to get some answers.

“I called him and said I was already on my way,” said Qua.

Not only did his worst fears prove true, Qua also learned from Eala that the so-called capsule collection (usually consisting of eight to 12 pieces) he was doing for Plains & Prints was only the tip of the iceberg. In fact, Eala had already signed a two-year contract with the other brand.

“As I drove to Rhett’s place, I was kind of hoping that the situation could still be salvaged,” said Qua. “Not only me, but everyone directly involved with the brand who learned about it was stunned. We still deliberated on it, but after the Plains & Prints show, the issue had already gone public. I knew the situation could no longer be saved.”

Qua declined to go on record about Eala’s supposed reason for his decision to work for the competition. He also didn’t want to comment on how long the partnership between Eala and Plains & Prints has been going on.

( It usually takes three to four months to design, source for materials and manufacture a full RTW collection.)

Inquirer Lifestyle sought Eala to get his side. Contrary to what he said in an earlier interview during his Plains & Prints show, the designer admitted he didn’t have Qua’s blessings before signing a two-year deal with the other brand. He also admitted that he only confirmed everything to his former boss during their unscheduled Sunday morning meeting.

“Yes, it’s true,” said Eala over the phone. “I was waiting for the right time to tell him, but I never really found the right moment. I didn’t know that it would turn out this way.”

Since he didn’t have an exclusive contract with Collezione C2, Eala said he thought he was free like other designers abroad to “explore and work” for other brands. He still insisted that Plains & Prints is different from Collezione C2 and even Due.

“Due is more occasion wear, while Plains & Prints is more for workwear,” he said.

He also claimed to harbor no ill feelings towards Qua. At the same time, he acknowledged that he had committed a “misjudgment.”

“With or without me, I wish them all the success,” he said, his voice breaking. “I was also part of the brand. Of course, there’s nothing I would want more, but for them to succeed.”

For his part, Qua has hired a transition team led by marketing man Ferdie Salvador. He also promised to overhaul the brand’s image while remaining true to its DNA of providing discerning customers with a world-class Filipino brand that fuses “fashion and art with a spirit of nationalism.”

Qua declined to comment on who Eala’s replacement would be. But instead of making the designer the star, he now intends to focus more on the brand, he said. He’s also thinking of making the organization more decentralized by forming a creative team in lieu of a single creative director.

“Rhett has moved on,” said Qua. “It’s sad that we’re celebrating our 40th year without him. He did a great deal for the company. But we also have to move on as we look forward to our next 40 years.”

Qua’s father built the brand from scratch in the early ’70s.

After its popularity peaked in the late ’80s, the brand plodded on as competition intensified from local and foreign brands. It was still a reputable but staid brand when Eala came on board five years ago.

After adding “C2” to the original brand name Collezione, Eala lost no time turning things around. He scored big among consumers, especially in the last presidential elections, by downplaying the brand’s trademark embroidered key insignia and playing up the Philippine map on polo and sports shirts, and later on, pants, shorts, bags and even casual dresses.

Collezione C2 shirts have also become a favorite “pasalubong” of Filipinos to friends and kin abroad. Before long, other brands cashed in on the trend by coming up with their own version of the embroidered “map shirt.”