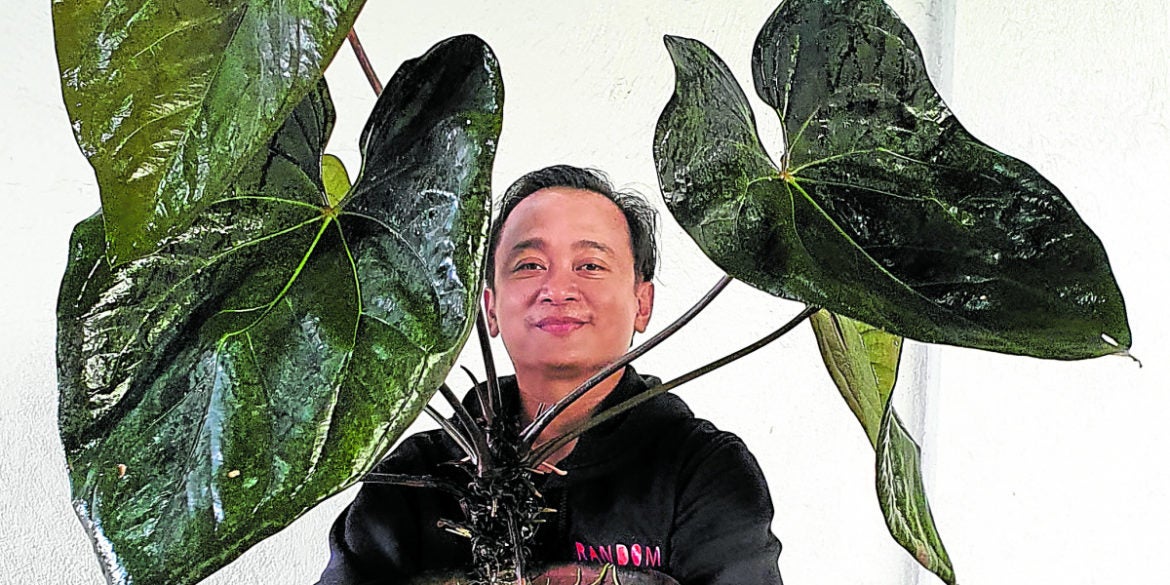 This doctor lists stages of his life through plants he grew

Before the lockdown, Dr. Johann Dayrit’s Instagram feed (@docyow) illustrated his daily life: people he met, conferences he attended, places he’s been to, and the greens he saw on the road. Lately, it has become a platform for his leafy babies.

His love for plants started when he was 8 years old. His mother had a garden of orchids and flowering vines. His father grew veggies and fruit trees. It was his and his brother’s duty to water the plants after school.

He wanted to be an agriculturist when he graduated from high school. Life took him in another direction. He became a dermatologist/dermatopathologist. But he never neglected his first love.

Dayrit can enumerate the stages of his life through the plants that he grew.

“Maybe because I grew up around them. And they usually flower in March and April, same season as moving up and graduation days,” he said.

He started an organic farm for his family 10 years ago in Silang, Cavite, where Taal Volcano’s eruption in January destroyed some of his plants.

With his clinic schedule disrupted due to the pandemic, he can devote more time to his organic and ornamental garden.

“The garden farm is my nirvana. I can spend five to six hours a day in the garden and don’t feel tired at all,” he said.

His tips for newbies are simple: Collect plants that make you happy. Start with plants that are easier to grow and less problematic. Buy only well-rooted plants.

“Don’t hesitate to ask experts such as garden owners, collectors, plant enthusiasts, agriculturists about plant care and maintenance,” he said.

The lockdown prompted Rizel Dasas to start planting because her home was far from the market. Her family started planting edibles that can be harvested in a short season to be sustainable. It’s a hobby she continued when they moved into their new home in Iloilo.

She planted okra, sitaw and kalabasa. She gave away seeds and seedlings to her neighbors. When it was time for harvest, she took what they could eat and gave away the rest to her neighbors, officemates, and even their village guards.Dasas never thought that gardening could turn into something ugly.

In August, the homeowners’ association board came out with a circular stating the vegetables and fruit-bearing trees in their backyard are against the design aesthetics of their village. The board said that they would designate an area where homeowners could plant their vegetables.

She and her fellow gardeners countered that while a designated area is appreciated, it will not be feasible for senior citizens and other homeowners who have to walk or drive every day to water, weed and harvest their plants. They also cited that while they signed a Deed of Restriction, the Design Guidelines and Pattern book only suggested a landscape design. It never explicitly stated that vegetable gardens were not allowed.

It was a long, stressful process for the home gardeners, but they prevailed.

“Do whatever makes you happy, but plant with a heart,” Dasas advised. “Don’t be engrossed with your ornamentals. Make friends. Use the gardening platform to influence positively. Plants are for a season, but most friends stay for a lifetime.”