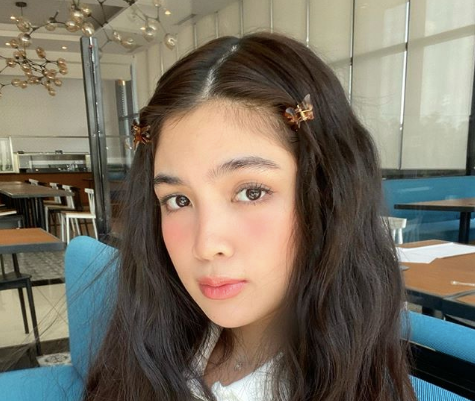 Young actress Heaven Peralejo knew that the role she is playing in the new ABS-CBN soap opera “Bagong Umaga” is the one originally intended for Julia Barretto, who left Star Magic to join Viva Artists Management. But she does not see anything bad about being a replacement.

“I believe walang first choice and second choice. Sabi nga ni Mamu (Rizalina Ebrigea of RGE Drama Unit), it is all about the timing. What’s meant to be is meant to be. I think nag-fall siya right into place,” Peralejo explained during the online press conference on Oct. 15 for the series.

(I believe there is no first choice and second choice. As what Mamu said, it is all about timing. What’s meant to be is meant to be. I think it fell right into place.)

(If you only knew how happy my heart was when the role was given to me. I am thankful to Mamu, to the production [team], to the directors and of course to ABS- CBN for this opportunity.)

While she is grateful for the role, she does admit to feeling a bit anxious at first about it. But her worries were soon brushed away after management told her they trust her.

The young actress admits there’s pressure in headlining a TV series but she gave the public an assurance that she will not bow down to the challenge.

(Of course, I was just starting then. I [was] just making a name, then they gave me a chance to showcase what I am capable of giving to our Kapamilya. I am very grateful, at the same time pressured too, but at least I will give it my best every time, to make the viewers happy.)