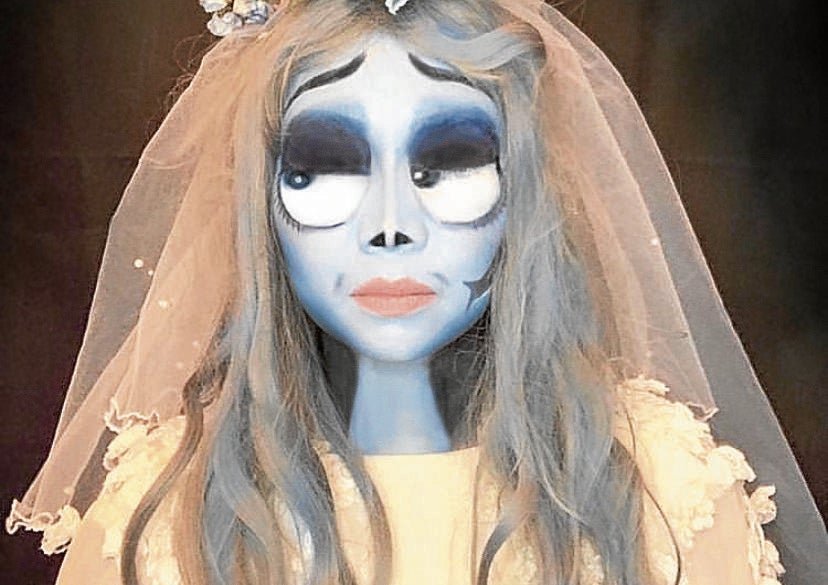 Not many know Happy Andrada is trained in makeup. For her fave holiday, she recreates famous characters—with tutorials

Last year, fashion designer Happy Andrada and her husband spent Halloween night at a Makati wine bar dressed as Jack and Sally from “The Nightmare Before Christmas.” There were no other patrons in costume, but she didn’t mind, since Halloween is her favorite time of year, and her French hotelier husband Tanguy Gras was only happy to play along.

This year, however, Andrada is sure they won’t be going out to celebrate All Hallows’ Eve. “No more clubbing as you get older. And even if we want to go out, where would we even go?” she says with a laugh.

But it hasn’t stopped her from doing something to mark her favorite holiday.

At the start of October, Andrada created an Instagram account (@happyandrada.makeup) where she has been posting daily makeup looks for Halloween.

On Day 1, she was Queen of Hearts. The next day, she was Lydia Deetz, Winona Ryder’s character in “Beetlejuice,” then the anime character Haruhi Suzumiya after that. She has gone on to add her version of the Dali mask from the Spanish series “Money Heist”; Cruella de Vil; a zombie girl with bright violet hair, and more.

As of this writing, she has posted 20 looks, each one distinct from the last.

Andrada, 35, is more known for her work in fashion—she had her first gala show at age 18—but not many know that she is also trained in makeup. She took up makeup classes when she was studying fashion at La Salle College International. She also took courses at Maquillage Professionel, at London College of Fashion, and Illamasqua School of Makeup.

Apart from her creative interest, her reasons for taking those makeup classes were practical, she says. It was cheaper to do her models’ makeup during shoots than to hire someone else. It was also because she was often disappointed that some makeup artists don’t get the look that she wants.

“It’s tipid to do it all,” she says with a laugh, adding she also took styling lessons for this same reason. While she was studying, she got styling and makeup gigs for some TV stations. “Extra raket,” she tells us during our phone interview.

She’s able to do her little Halloween project because she has extra time on her hands owing to the quarantine. “There’s nowhere to go, we just drive around,” she says wryly.

Not that she has been idle. Her workshop was closed for only a month at the beginning of the lockdown.

Soon after, she started hand-painting personal protective equipment (PPE)and isolation gowns for medical front-liners. Her black trompe-l’oeil artwork on white PPE is so distinct, and quite possibly one of the most creative we’ve seen on doctors and dentists, whose photos fill Andrada’s Instagram (@happyandrada.designer) wall.

She has hand-painted about 700 pieces of those PPE, which assured her staff of five a steady paycheck.

Andrada has also managed to make ready-to-wear pieces for Artefino and some barong orders from overseas. A regular participant of fashion shows abroad, she is joining the International Fashion Art Biennale in Seoul in November, though the show will be held only virtually.Doing her Halloween Instagram keeps her occupied on the side. A look can take from under hour to much longer, depending on how detailed it is, she says. She accessorizes with wigs from her shop’s mannequins. (Detailed tutorials are posted on her YouTube channel. Search Happy Andrada.)

On Halloween, which most likely will be held on Zoom with friends, “I’m still deciding on my look,” she says. “They’re all fun to do.” 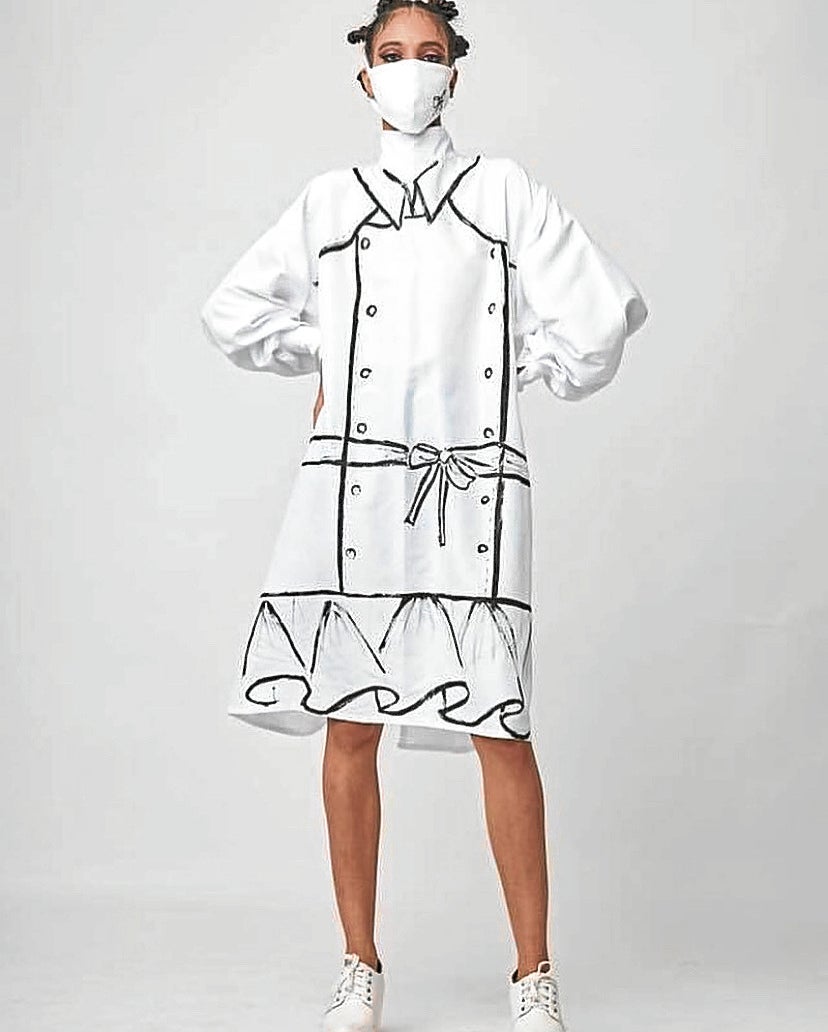