No ties, no kids and no regrets | Inquirer Lifestyle ❮ ❯ 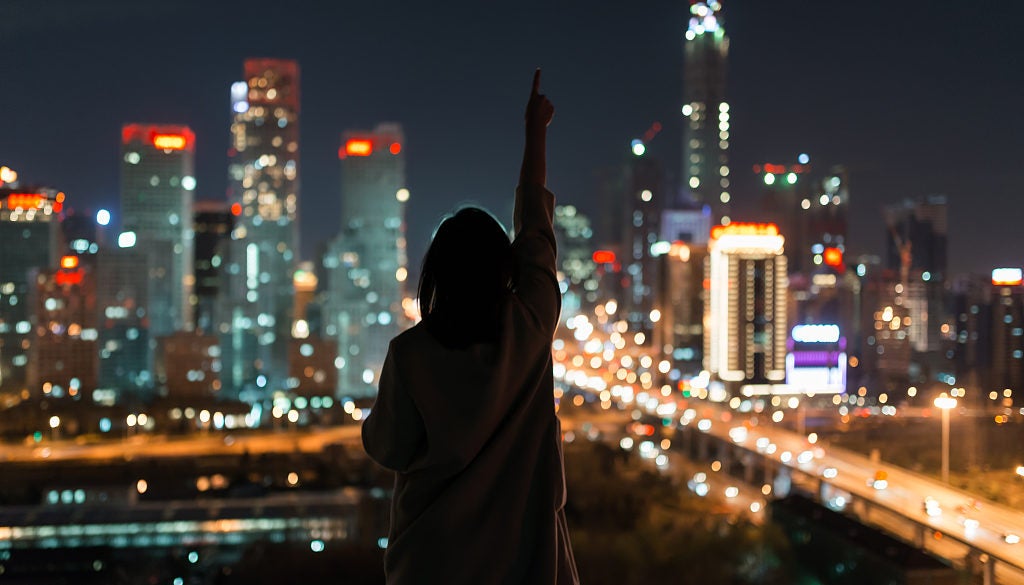 Many Chinese regard 30 as a deadline for women to give birth, so many feel intense pressure to marry. (Photo provided to China Daily)

No ties, no kids and no regrets

BEIJING — Katie Peng has been footloose and fancy-free for four years now, and if there is any shadow of regret about her life as a single woman she is certainly not showing it.

In fact it is OK never to marry or have a child if you cannot find a suitable partner, she says, adding that many of her female friends feel the same way. “Chinese society has become more inclusive, because such comment would have been regarded as outrageous and abnormal several years ago,” Peng, 30, says.

The last time she had a boyfriend was in 2016, and in recent years all her former boyfriends have married and some have children, but she has made peace with it.

“As a small girl I had a vision of marrying and being blissfully happy, but when I got to 25 and was earning quite a bit of money I realized you don’t have to marry if you don’t want to. After all, there’s more than one road to happiness.”

Peng, a public relations worker for an internet company in Shenzhen, Guangdong province, says her annual salary is now 400,000 yuan ($59,200), 10 times what it was nine years ago. She rents a 65-square-meter apartment. On weekends she dines out with friends.

She moved to the city last year after living in Beijing for 11 years, to “jump out of my comfort zone” and “to explore more possibilities”. Asked if she plans to buy a house and establish a family there, she says no, because many different things could happen in her life.

In traditional Chinese culture, those reaching the age of 30 are expected to settle down to marital life after having had a few career achievements. However, more and more modern women are refusing to fit in with that stereotype.

Peng says she has no fears of remaining single; the thing that really worries her is marrying the wrong man.

She tells of the blind date she once had with a Beijinger who had been recommended to her by a workmate. When they met, the man’s first question was:”When do you plan to quit work?” He explained that he was a very busy man and that the woman he married would need to dedicate all of her time to looking after her family.

She felt angry about it at the time, she says, but now laughs it off, saying: “He did nothing wrong. We just failed to make a deal.”

She sees the prospect of child raising and all it brings-“infant dairy formula, nannies, toys and training courses”-as the ultimate joy killer.

“The more time, effort and money you devote to children, the less is left for you. I can never see myself tightening my belt for that kind of lifestyle.”

The high cost of raising children and the prospect of having to forgo a relaxed, comfortable life are some of the things that young people find so scary about marriage. The proportion of one-person families in China rose from 6 percent in 1990 to 14.6 percent in 2013 and 16.7 percent in 2018, the Ministry of Civil Affairs says. There are now 240 million Chinese adults of marriageable age who are either single or divorced.

Peng says she is not worried about leading a single life because new services or products will emerge to meet the demands of single seniors, such as apartments in Japan for older people. She has not abandoned the idea of finding romance, either, or indeed of eventually having children, and has plans to have her eggs kept in cold storage overseas.

Many Chinese regard 30 as a deadline for women to give birth, bearing in mind what for them the optimal reproductive age is, so many women around that age feel intense and sometimes unrelenting pressure, often from their parents, to find a spouse as soon as possible.

A single woman may be highly educated and have a highly successful career, but in many people’s minds the fact that she is unmarried will offset those positive aspects, says Zeng Xiangmin, a professor at the Television School, Communication University of China.

This year the TV show San Shi Er Yi (Merely Thirty) has caused a stir in China. Its success has largely been attributed to its resonating deeply with the anxiety of women facing multiple pressures in modern times, Zeng says.

But with the rising awareness of independence and economic confidence among women in China, some have chosen to ignore others’ expectations and instead stick to their academic or occupational development.

Jean Zhou, 32, founder of a film and television company in Beijing, says she rarely thinks about marriage because most of the time she is simply too busy with work.

Zhou started her own business in 2018 after having worked as an executive in a finance company. When she quit she had acquired enough knowledge and built up networks to the extent that she felt well prepared for entrepreneurship, she says.

She now works 14 hours a day, she says, talking with investors, expanding business and managing 10 employees. Shooting of several TV operas that her company is producing will begin next year, she says.

The age of 30 is not a marker that should define what a person should or should not do with one’s life, but rather “an optimal time to do things I couldn’t do when I was in my 20s”. As successful as Zhou has been, she says she feels she can make even greater career achievements when she is in her 40s.

From time to time her parents or other older relatives urge her to find someone to marry, she says.

“They are well-intentioned, but it takes time to establish trust and spot the right person. Not only that, but a failed marriage and divorce could be a real pain.

“Sometimes I think I would be happier if there was someone who gave me companionship, but then again if you get the wrong person it may just mess things up.”

Zhou says she eventually hopes to find the man who is worth spending the rest of her life with and thinks of having a child one day, but she will not set a timetable.

“As technology advances, women can also give birth to healthy babies at 40 and above.”

Ivy Ouyang, 33, who began studying for an MBA degree in New York last year, says she thinks that instead of being unmarried, “lack of life experience overseas is a greater pity in these modern times”.

She came up with the idea of studying overseas in 2013, she says, when she felt she was in a career rut. She was a finance journalist who interviewed a lot of high-flyers in various industries and was inspired by their openness of mind and their abilities in cross-cultural communication.

Her parents were at first doubtful about the idea of her studying overseas but she managed to turn them around to her way of thinking.

“It would be harder to return to university studies once I married and had children,” she says, adding that of her 800 classmates, half are single and many are above 30.

She is due to graduate next year, she says, and her studies have proved to be a highly enriching experience in which she has had the good fortune to be taught by Nobel Prize laureates or top-level executives, to visit top companies and attend lectures given by global leaders and make friends with people from many walks of life. She likes mixing with people on campus, where there are no ulterior motives, such as money, and she feels younger living in a new environment, she says.

“Apart from that, it seems fewer people care about age.”

The two-year study will cost about $160,000. Renting an apartment outside the school costs $3,000 to $4,000 a month. While she has enough money saved to be able to live, her parents pay half of her expenses, she says.

On her 30th birthday she traveled to Africa with her best friend and says she did not feel anxious or like a different person after reaching that milestone.

Growing up should come in the form of “step-by-step progress” so that one knows what kind of life one wants, she says.

Many women in China race into marriage under pressure without sufficient thought or research and end up with quarrels, family violence, divorce and even being killed, she says. The term “leftover women”, a stigmatic term for unmarried women in China, is inaccurate, she says.

“We are not unwanted, but a little picky,” she laughs.

Speaking of an ideal life, she foresees a supportive husband, one or two children and a job in which she can realize her self-worth.