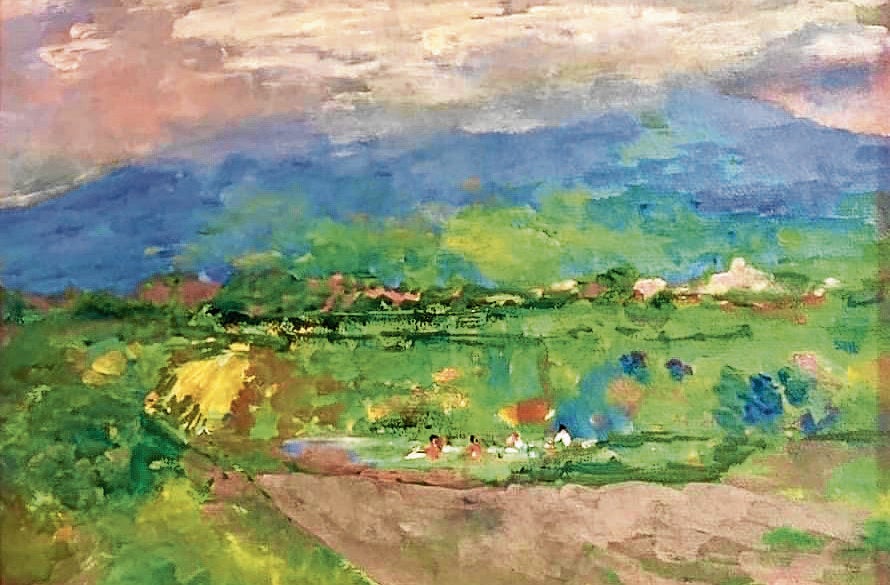 CITY OF SAN FERNANDO — Close to three decades after his passing in 1991, the art legacies of the late Kapampangan writer and editor Emilio “Abe” Aguilar Cruz have come home to the land of his birth.

His daughter Therese ensured that by donating his more than 600 drawings on paper to Holy Angel University’s Center for Kapampangan Studies (HAU-CKS) in Angeles City, west of Magalang town, Cruz’s birthplace.

“The works of another great Kapampangan artist finally come home to where they belong—in Pampanga,” said Robby Tantingco, CKS director.

Cruz’s sketches were done from the early 1970s to a month before he died on Dec. 19, 1991. CKS is exhibiting the drawings after the coronavirus pandemic.

For the exhibit, historian-writer Ambeth Ocampo and artist Claude Tayag will be loaning their Cruz paintings to CKS, Tantingco said.

The center published the biography “Abe” by National Artist Nick Joaquin, in collaboration with Therese’s brother and restaurateur, Larry J. Cruz, in time for their father’s centenary in 2015.

The donation by EAC (for Emilio Aguilar Cruz) Foundation arrived in late September from the United States where Therese, also an artist, is based.

Therese donated her father’s works saying, “I believe works should be viewed by others and, ideally, appreciated.” CKS, she said, was the “logical choice” since she had donated most of Cruz’s paintings to the National Museum. Therese relayed to HAU president, Luis Maria Calingo, her wish for a book and high-resolution scanned copies.

It was not difficult to be donating her father’s works, she said, adding that it was “a relief that I can share the works on paper bequeathed to me.”

“This is a mother lode of art studies showing the range and development of the artist’s works, as well as a cultural treasure trove that gives us a glimpse into the talent and psyche of an important Kapampangan icon,” Tantingco said.

Cruz wrote essays and books, including “Maynila and Other Explorations” where he traced and analyzed the historical and cultural bonds between the Tagalog and the Kapampangan, and “The Autochthonous Tradition,” which ushered in a new era in Philippine art. He was also one of the founders of the artists’ group Dimasalang.CKS also received cartoon sketches by renowned illustrators Salvador Cabrera and Nonoy Marcelo from EAC Foundation and Therese.

In 2016, CKS began housing the permanent exhibit of the works of National Artist for Visual Arts Vicente Manansala, as requested by his family.