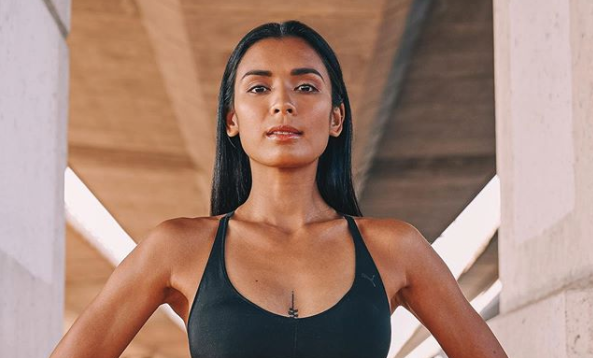 Michelle Madrigal coaches fans on the fixed vs the growth mindsets

For former actress Michelle Madrigal, who is also now a transformation coach, there are two mindsets which people live by and can be improved on.

Madrigal, quoting British philosopher Alan Watts, said that “[the] only way to make sense [of] change is to plunge into it, move with it, and join the dance,” as seen on her Instagram page yesterday, Oct. 27.

She explained its connection with one type of mindset, the fixed mindset, which Madrigal says takes place when “people believe [that] their basic qualities, like their intelligence or talent, are simply fixed traits.”

“They spend their time documenting their intelligence or talent instead of developing them (Ex: If I fail, I am no good. Either I’m good at it or not [and] I don’t like to be challenged),” she added.

Then there’s the growth mindset which Madrigal explained surfaces when “people understand that their talents and abilities can be developed through effort, good teaching and persistence.”

“[Example], I learn from my failures, I can learn anything I want to [and] I like to challenge myself,” she said, after which she asked, “Which type of mindset do you currently have?”

Madrigal believes that “everyone can [learn] how to have a growth mindset.”

“If you are stuck and wanting to elevate yourself and step away from your fixed mindset… you must be willing to change and get uncomfortable in order to unleash the best version of yourself!” she said.

Now based in Austin, Texas, Madrigal is married to African-American Troy Woolfolk. They have a daughter, Anika. JB

Michele Gumabao says she can ‘handle defeat,’ has ‘no regrets’ on Miss Universe Philippines run